Around 5 am, Russian invaders hit a school in Mykolaivka, Donetsk region. The school was used as a bomb shelter for civilian population, governor Pavlo Kyrylenko said on Facebook. 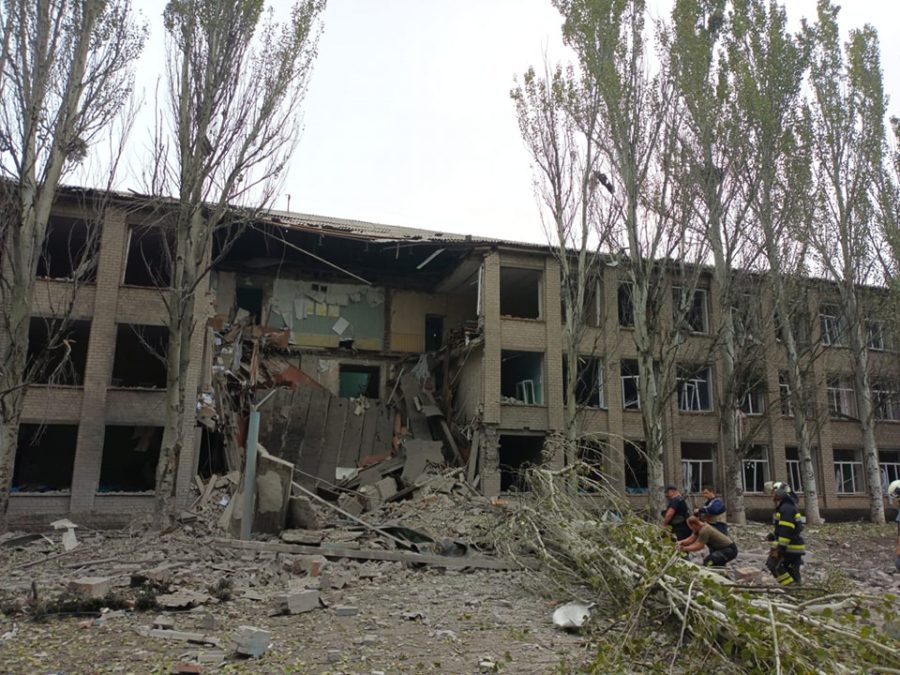 According to him, 12 locals, including two children, were staying in the shelter when the S-300 missile targeted the school.

‘Fortunately, the bomb shelter survived and the people who were there were not injured. There is still no information about one person who worked at the school; the search is going on’, the governor wrote.

He added that the school has nothing to do with a military facility and that peaceful people were hiding in it from the numerous strikes of the Russian occupiers.

‘The invaders came to our land to destroy and kill. Therefore, do not ignore the recommendations to evacuate: there are no safe places in Donetsk region’, Kyrylenko concluded.