The governor said two locals were killed in Bakhmut and one in the village of Khromove. He also reported 13 locals wounded.

Since the beginning of Russia’s full-fledged war against Ukraine, 890 civilian residents have been killed and 2,257 wounded in the region.

The number is not final as it is impossible to assess casualties in Mariupol and Volnovakha. 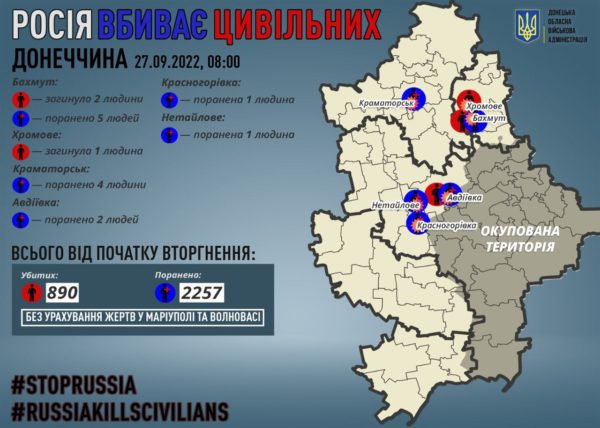