‘Bukvy’ has joined the effort to gather evidence regarding the war crimes of the Russian military in Mariupol, including killing of civilians. Each story of the death of Mariupol residents is confirmed by their acquaintances and relatives. 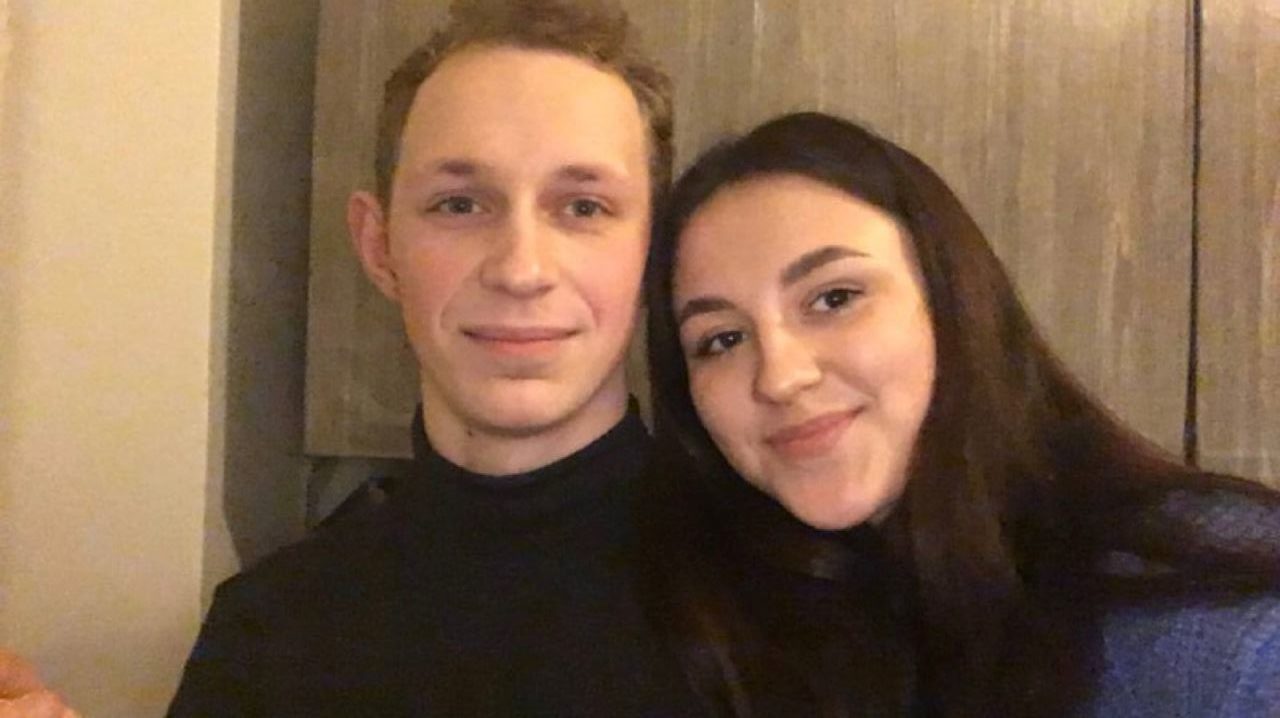 According to Danylo’s sister, on the night of March 13, her brother and mother were in the basement of the house when the shelling of the area began. The house was hit, after which the boy ran to pick up his grandmother and father, who were in the apartment. At the moment when Danilo was trying to open the door, the projectile hit the house, just in the window in front of which he was standing. The boy was under the rubble, his grandmother and father were rescued through the windows.

‘The next morning, people tried to get Danylo and 4 other people from under the rubble with their bare hands, but of course they didn’t succeed. He lay there for almost two months. Recently, when the fighting ended, they brought equipment and dismantled the debris. My mother could not immediately recognize him. She said that it was as if he had been disguised, that his clothes were simply drenched in blood and dust. She gave the last money to bury him separately, not in a mass grave’, said the sister.

‘I am very proud of him and admire his courage and heroism. Danylo had a girlfriend, they planned to have a wedding in the summer. He had a job where he had to be promoted. He had many plans for the future. My brother loved life very much, but the ‘Russian world’ came and took it all away’, Danylo’s sister said. 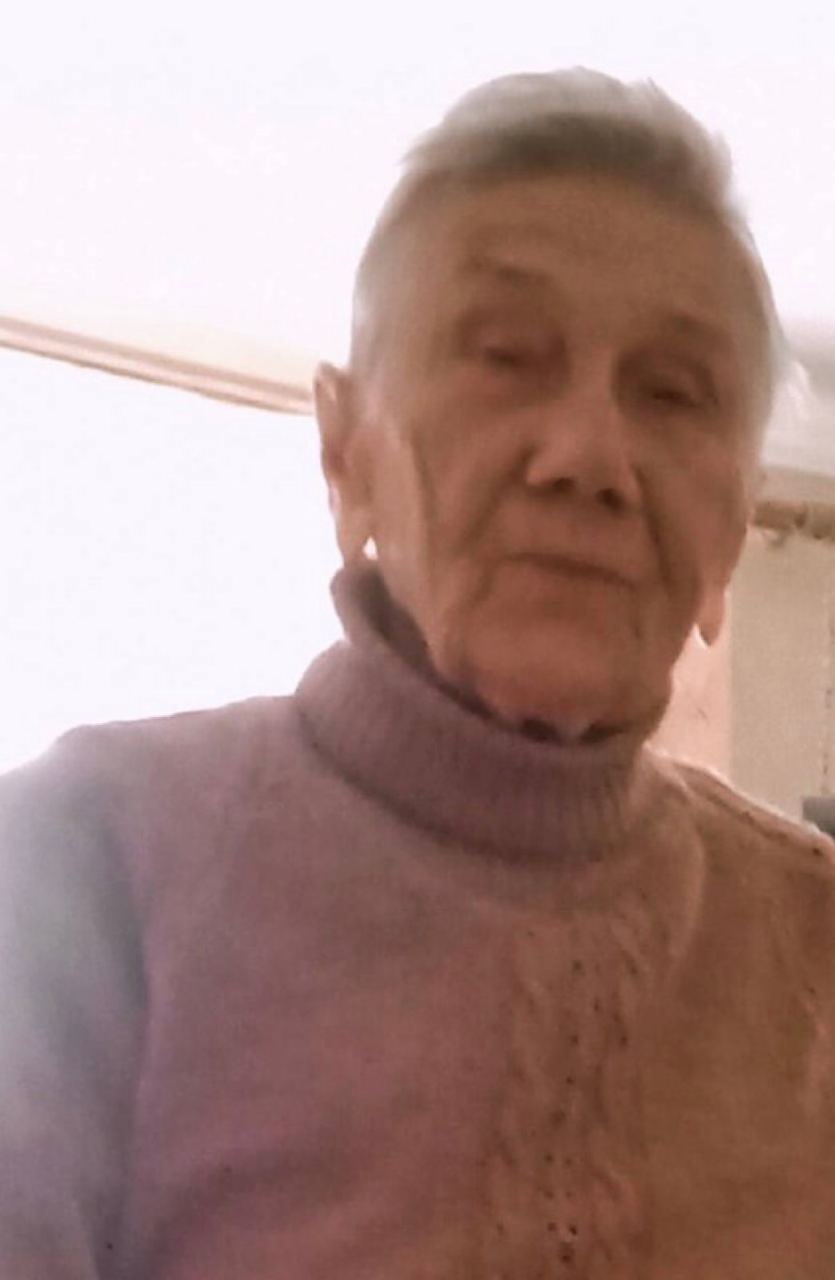 ‘On the night of February 26-27, during heavy shelling by the Russian army, Zinaida got frightened, fell out of bed and broke her arm’, said the relative of the victim.

‘Due to the very strong nervous tension, which damaged her health, and due to the constant cold (because there was no heating and electricity), her condition worsened. On March 11, 2022, Zinaida died in her apartment’, the relative stated.

According to him, Zinaida had worked as an English teacher at school 51 for more than 40 years. She was a very kind and bright person. 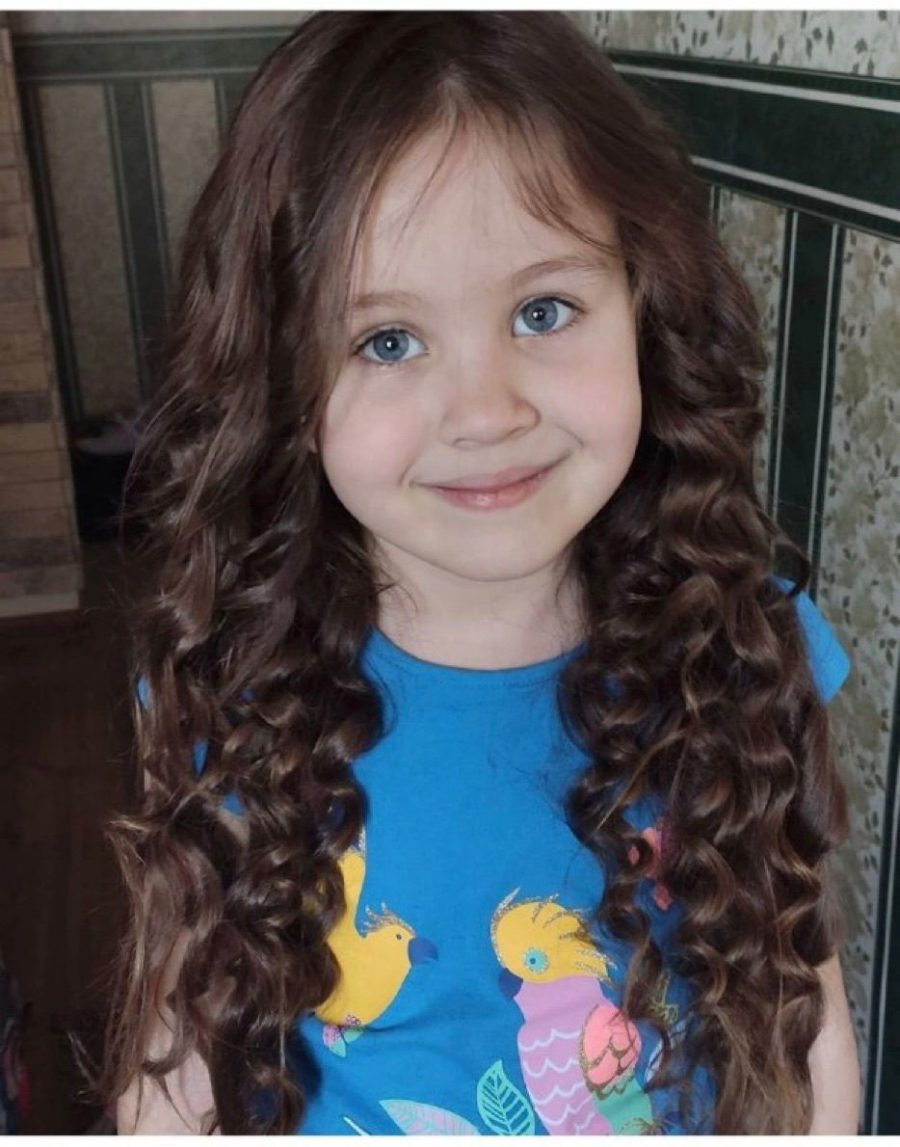 The girl’s mother said that on March 16, while trying to leave the city, the car was hit by Russian shelling.

‘My daughter died immediately, both my legs were torn off, and my husband’s right arm. We were in Mariupol regional hospital. Due to constant shelling, we could not bury our daughter for 10 days. All this time the child was lying in a broken car until my relatives found me in the hospital, and I told them where to look for the child. I thank them for helping to bury my daughter. Due to the fact that I was in intensive care at the time, I could not even attend my daughter’s funeral…’ the girl’s mother told. 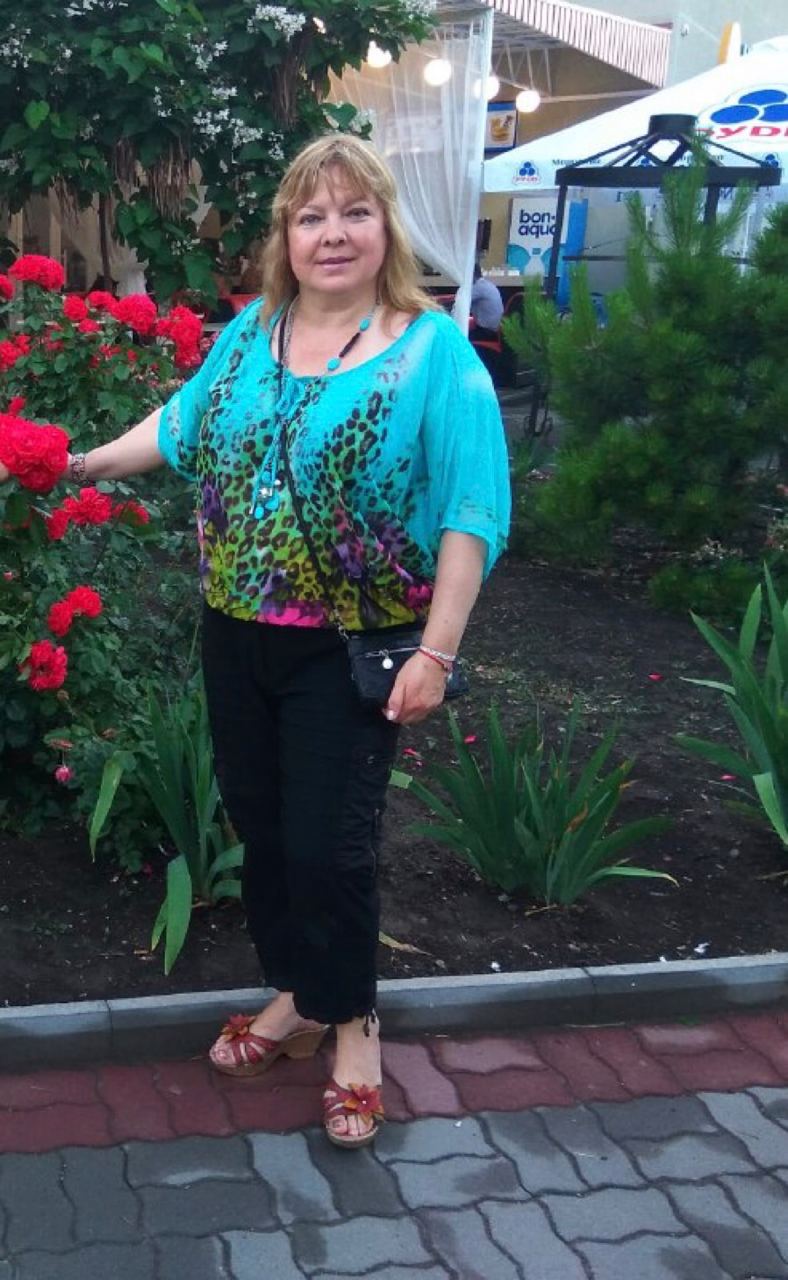 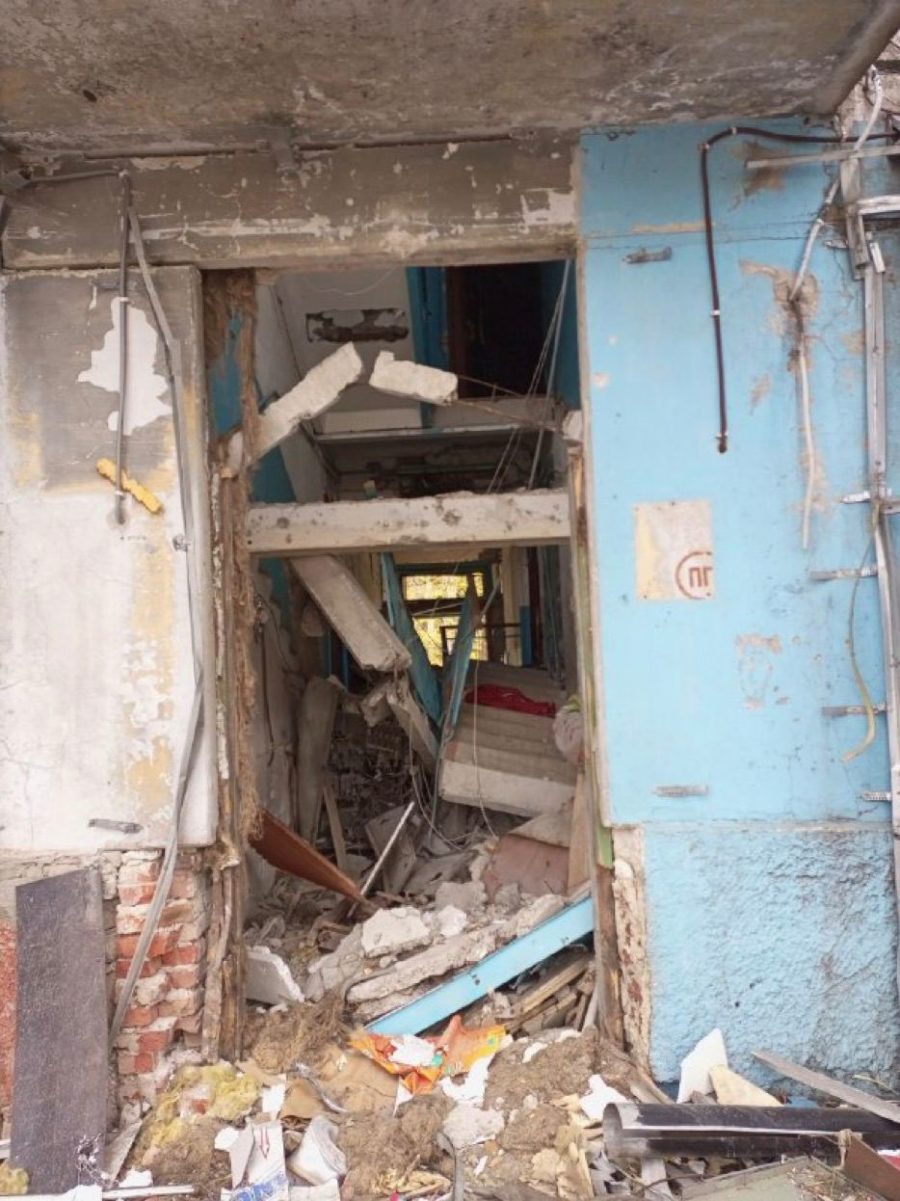 ‘On March 16, at about 8-9 o’clock, heavy shelling began. My sister and two other women ran out of their apartments and hid under the staircase. At the same time, there was a direct hit in the house. The stairs just fell on them. The women lay there for more than a month… I don’t know where they were buried later, and I probably will never know’, said the victim’s sister. 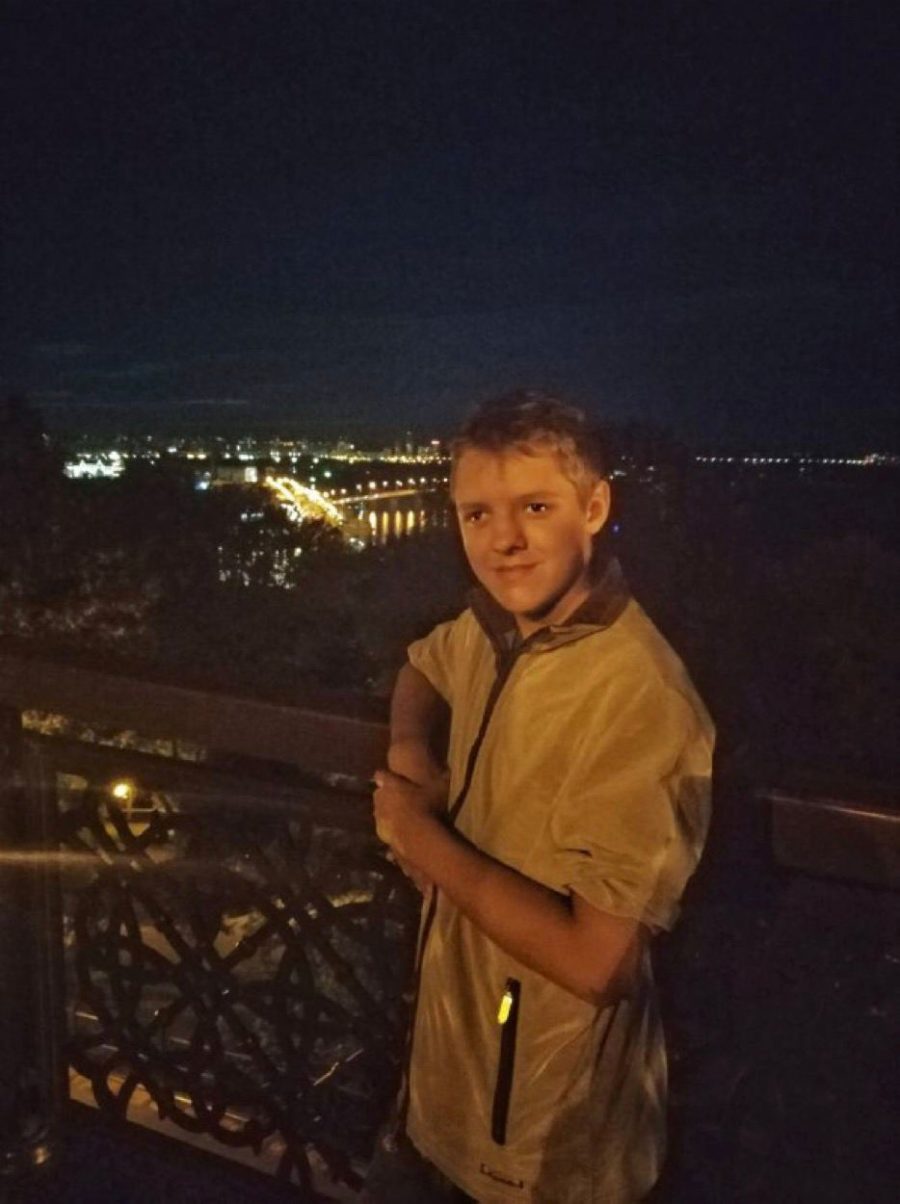 At about 8 pm, the young man left the house. At that time, two mortar shells hit the yard one after another. The projectiles hit Dmytro.

‘The projectiles hit his legs, chest and head. In a state of shock, he crawled to the doorstep. My sister immediately ran out into the street and saw the most horrible picture in the life of any mother: her child was covered in blood. He barely said, “Mom, help,” and died. He died in his mother’s arms, in front of his younger brother, who is only 6 years old. Dmytro was buried in the garden near the house’, said the aunt of the deceased. 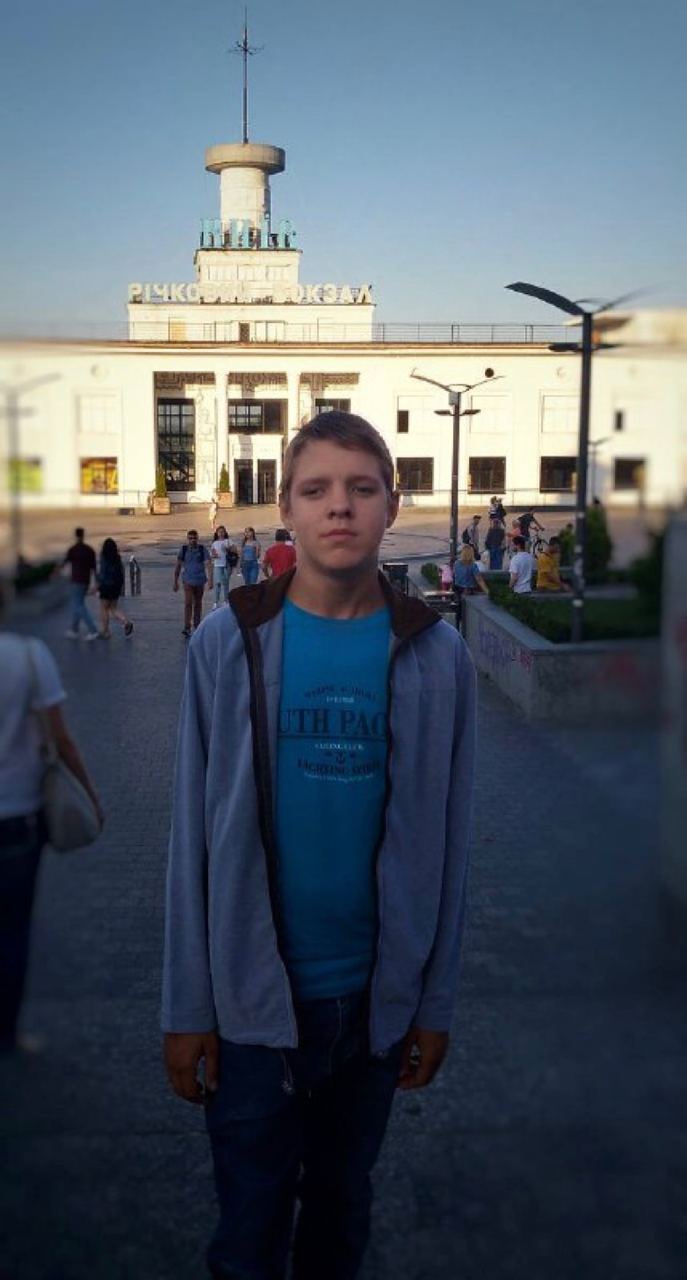 ‘My nephew was only 16 years old at the time of his death. It’s just a tiny part of life. And his life was taken away’, Dmytro’s aunt added. 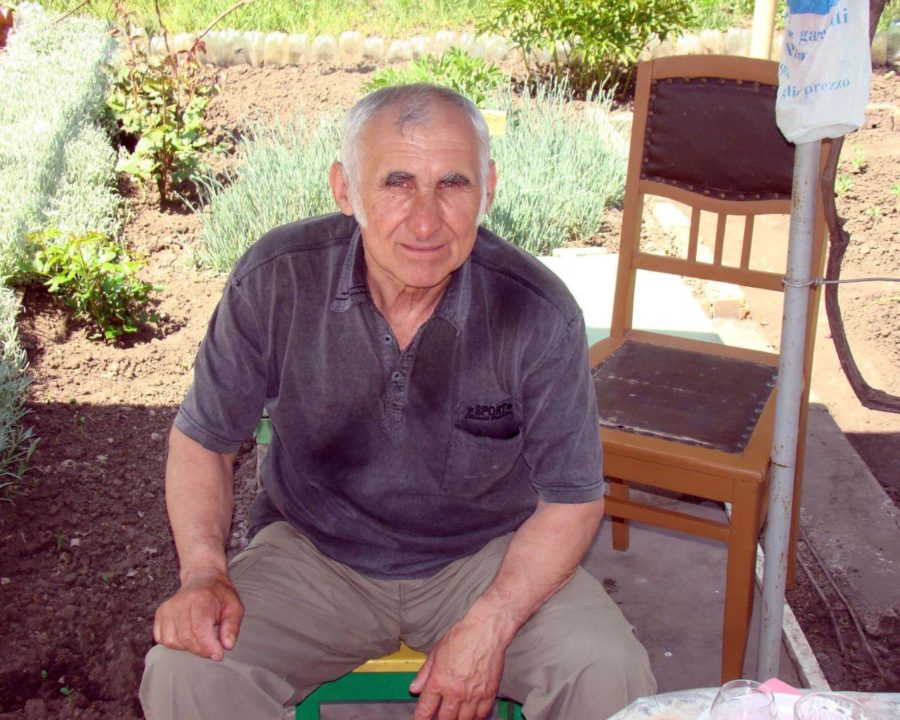 ‘He died in the yard of his own house while digging. The rocket hit the garage and the roof of the house. My mother was injured, she and her neighbors were able to bury him in the garden only on the fourth day. There was heavy shelling’, said Anatoliy’s daughter.

‘A shell hit the house, and a fire broke out on the ground floor. My brother and his wife and other residents were in the basement of this house. When the house started to burn, my brother and other men tried to get to the fourth floor. They pulled her (Lyudmila) out of the burning apartment, but she just died quietly on the street and that’s it’, said the daughter of the victim.

According to her, it was not possible to bury all those killed in the house on March 19, 2022 due to heavy bombardment by Russian troops.

The daughter said that Lyudmila was a native of Mariupol. She worked at a plant, in a chemical laboratory. The woman was a sensitive person who loved life and grandchildren. 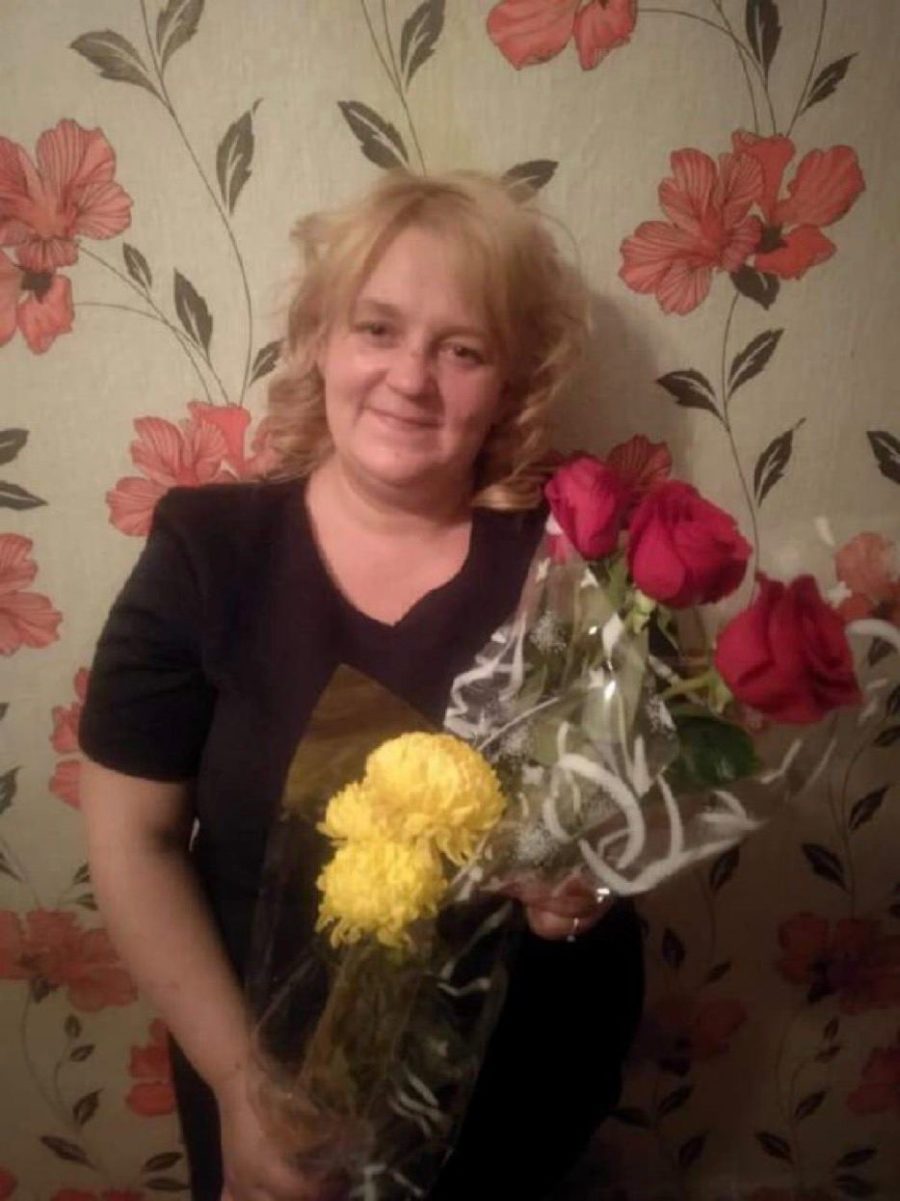 Tetiana’s friend said that the woman was a hardworking, sincere, wonderful, positive person and best friend. 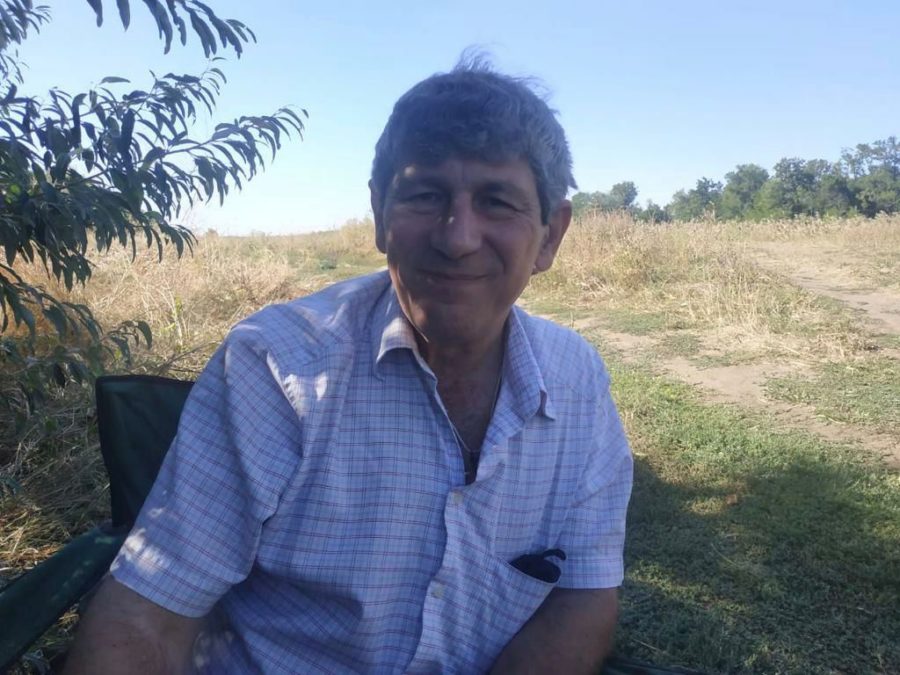 According to a relative of Vitaliy, on March 8-11, the man was at home with a friend. While the men were having lunch, the projectile directly hit the house. His friend was wounded, and Vitaliy died from numerous head wounds.

‘For several days, they could not bury Vitaliy due to constant shelling. Later, the neighbors buried him’, a relative said.

She said that Vitaliy worked as a deputy head in the automation department at the Mariupol metallurgical plant. The man was very kind, always helped other people. 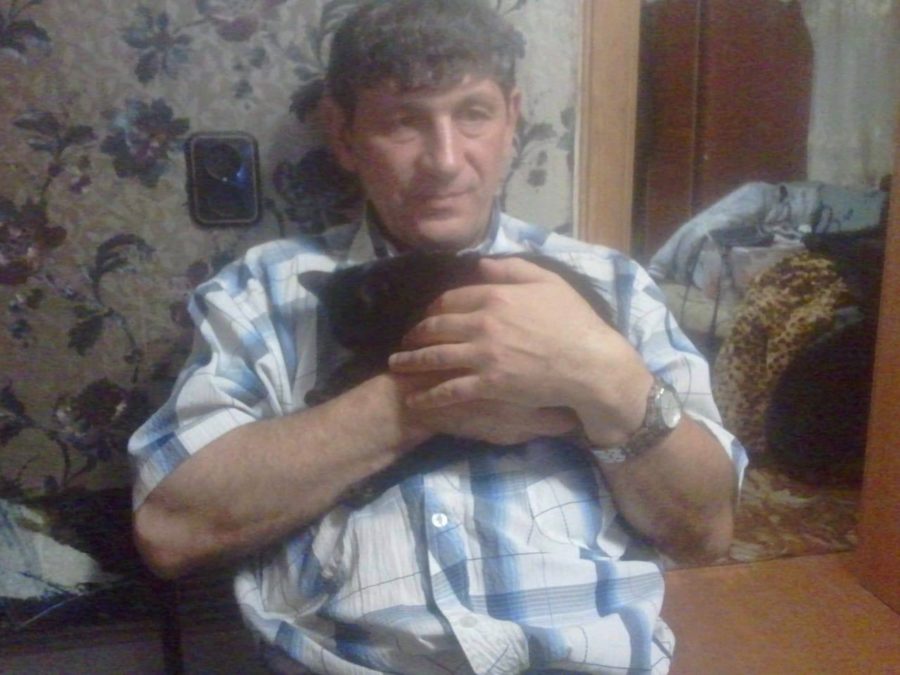 ‘He loved animals, he had about 10 cats. He could find a wounded cat on the street, bring it to the clinic, treat it with his own money – simply because he was such a bright man, he could not pass by those who needed help’, said the relative.

He dreamt of establishing an animal shelter after retirement.

‘He wanted to live, to help people and animals, but his life was simply taken away. All we have to do is remember how he kissed us goodbye and said that everything would be fine’, said the relative. 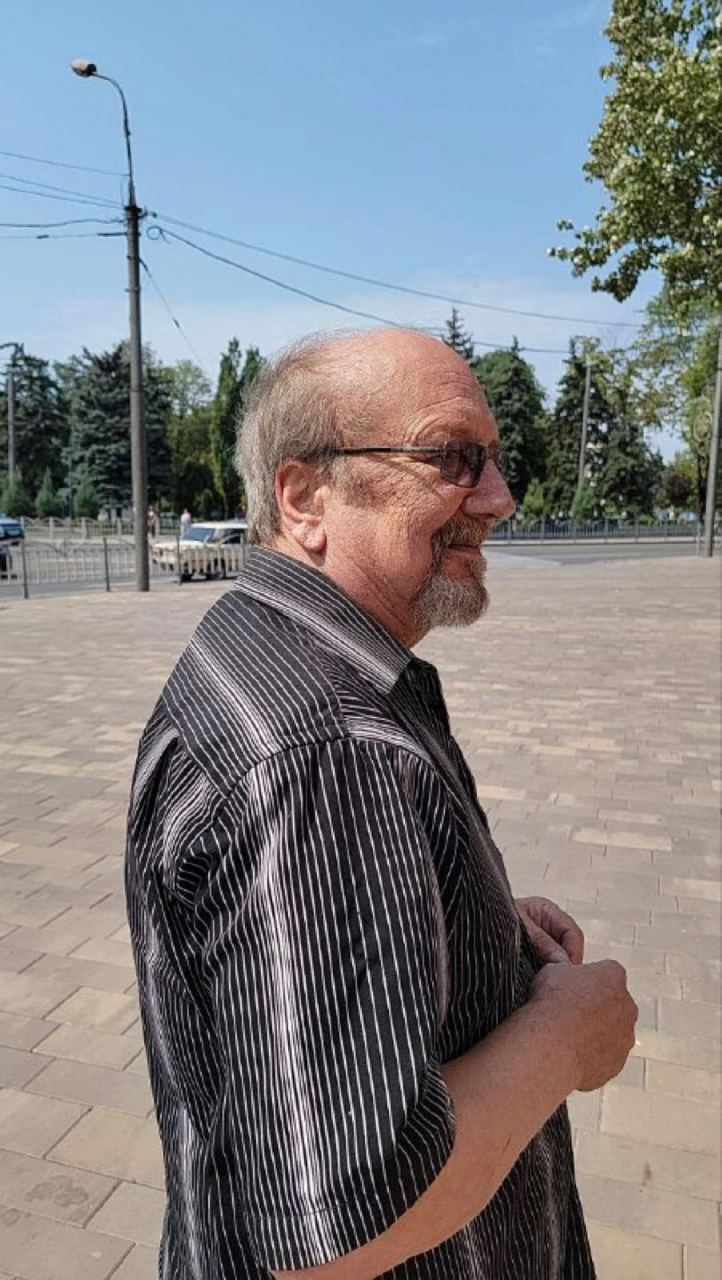 According to the daughter, the man was killed on March 18 at the intersection of Shevchenko Boulevard and Budivelnykiv Avenue.

Valentyn’s daughter added that she had provided all the information about her father’s death to the Prosecutor’s Office of Ukraine and to the main platform for gathering evidence of Russian war crimes in Ukraine.