The Russian onslaught reduced to rubble once thriving Mariupol and took lives of 22 thousand city residents. Bukvy continues to collect and tell the harrowing stories that bring to light the war crimes of the Russian army. The story recounted by Iryna Vovk tells about the death of her husband and her son.

Two young men died after a shell exploded in their neigborhood,  in Talalikhin Street. 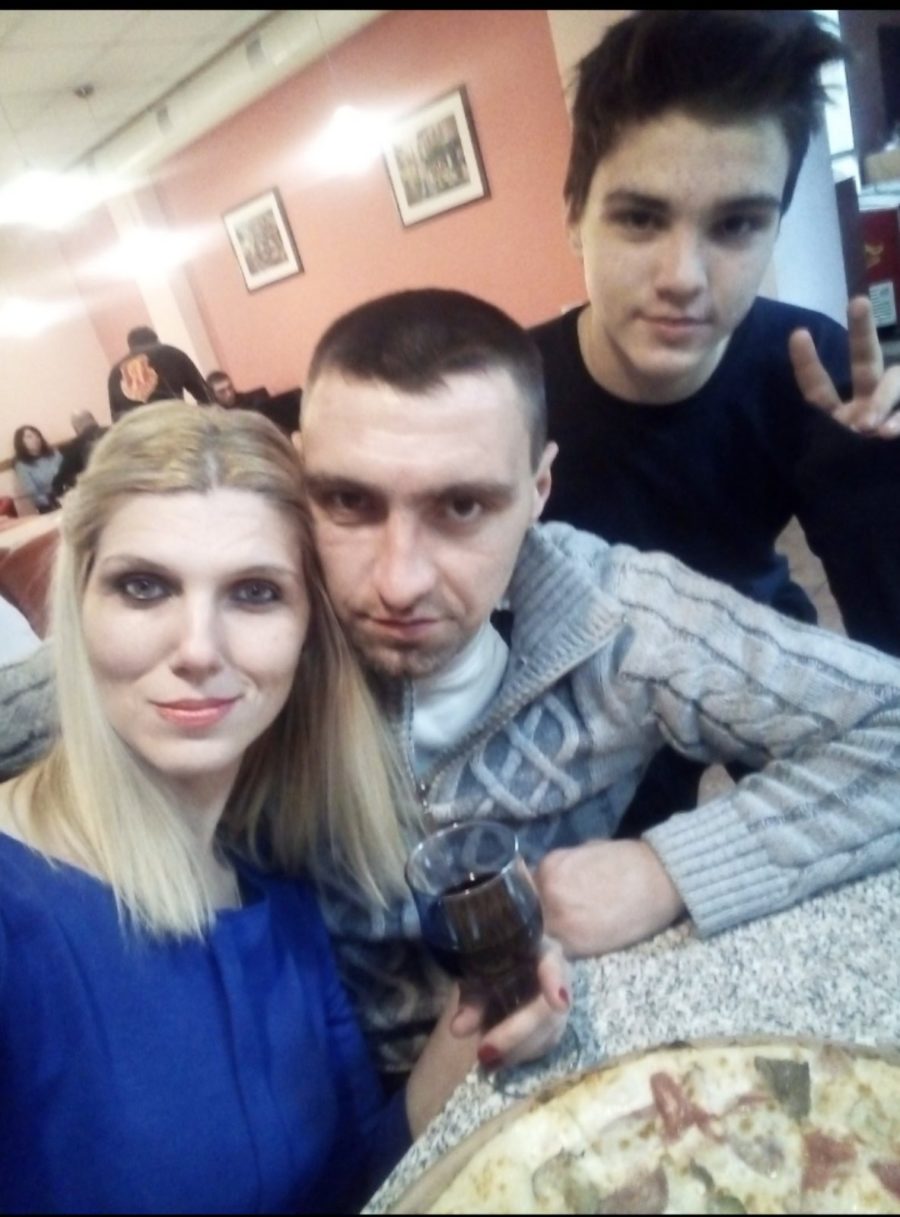 Oleh was only 16.  He never finished 11th grade. The boy was an amateur boxer, took part in boxing tournaments, had plans for his grown-up life. He was a capable student and the best son for his parents.

Maksym was 37. He worked in construction. Iryna says he was a true family man- a caring father and a loving husband.

From the first days of the war, their family took shelter from shelling  in the basement as it was unsafe to stay in their house. Brief pauses of shelling allowed them to step out and cook over an open fire. Constant shelling made Maksym feel uneasy when Iryna and their younger daughter went outside.

On March 12, shelling picked up and windows started to rattle. Iryna took their daughter down into the basement while the men rushed out of the house. The shelling was relentless that day.

‘I said all the prayers that I knew. I was holding the daughter in my lap and she soon fell asleep, like she never did before. I looked up the time- my boys have been absent for 40 minutes. I waited until the shelling stops, put down the sleeping child and ran out into the street. I had these chaotic thoughts in my head. There was no my husband and son outdoors and I got this chilling sensation. I stepped out into the street and heard screams of our neighbor – she was going along the street, sobbing. She was struggling to say something, and then just waved a hand showing the direction, and I rushed there. And then I saw this scene – my husband, my son, and two neighbors lay there in ruins of the neigbors’ house, and there was a big crater from the shell. I don’t remember what happened next.. I screamed at the top of my voice. 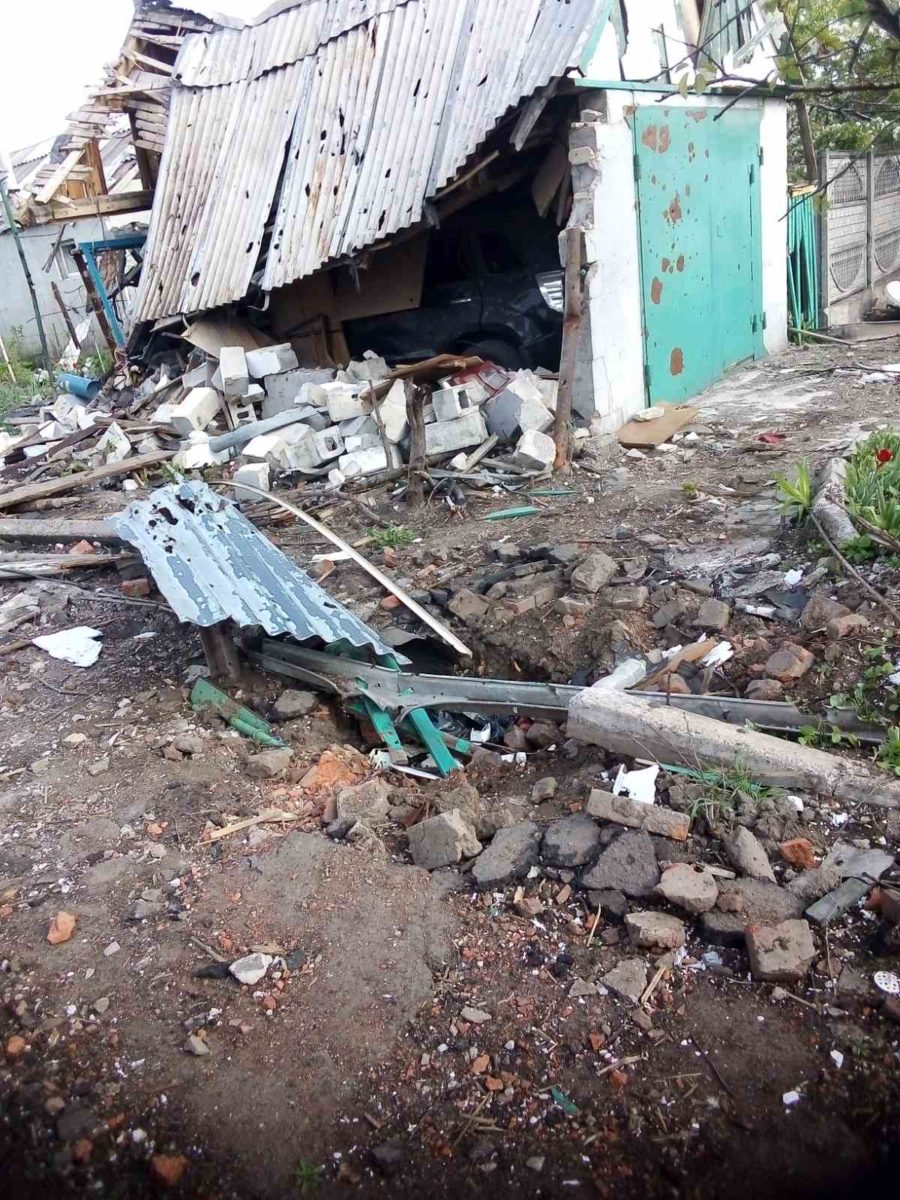 ‘I rushed to my godmother who lives nearby. She thrusted  into my hand some pill, and I just dropped to the ground as my legs were failing me that moment. The shelling resumed. When I came back to my senses, I went to take my daughter from the basement. The same day we moved in with our godmother.’

The next day, Iryna’s daughter turned 5. She kept asking ‘Where is dad? Where is the little brother?’. Iryna was struggling to hold back her tears and didn’t tell the girl what happened to her brother Oleg and her father. 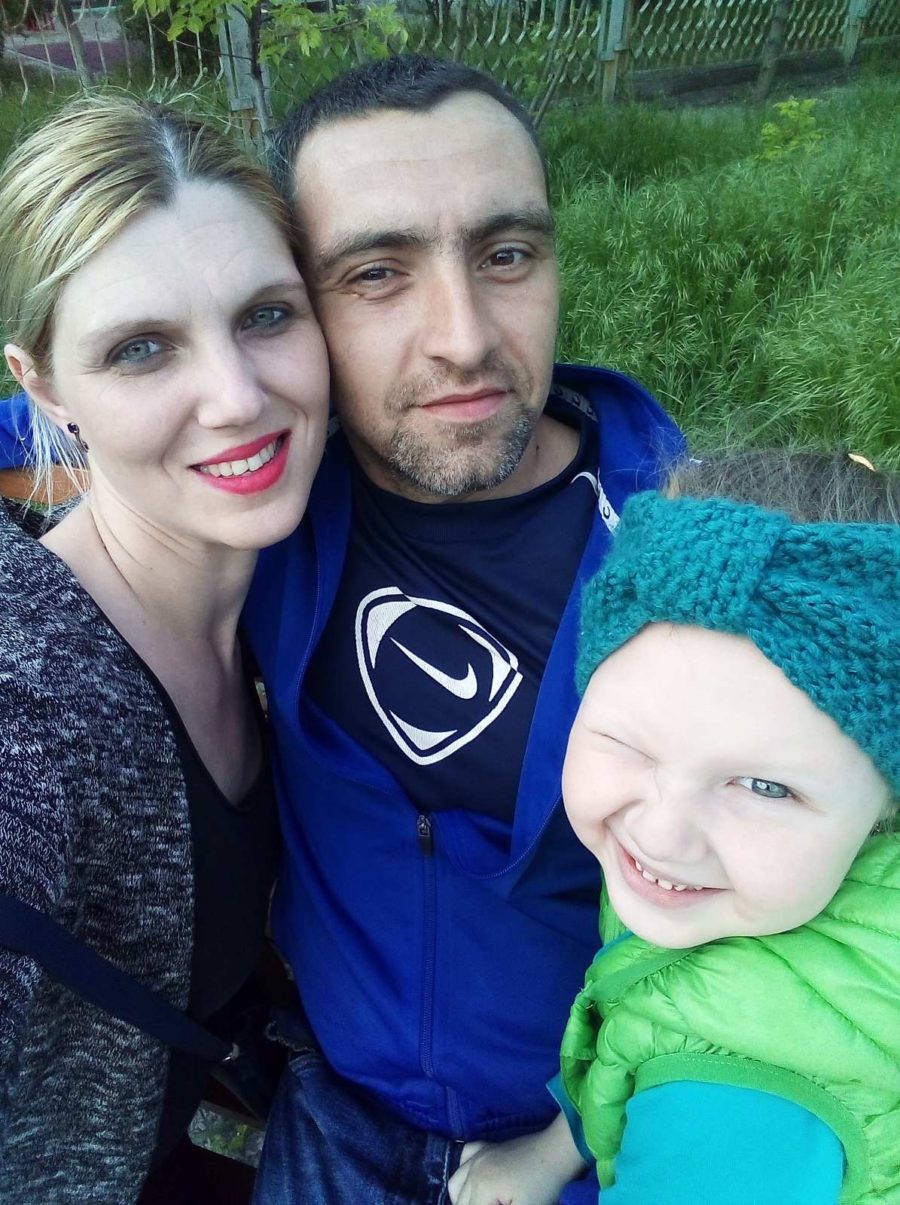 Only 15 days later, the young woman managed to bring over their bodies to their home. There was no end to shelling and after March 12 when it happened all their neighbors evacuated and there was nobody to help with transportation of the bodies. She found local bums who helped her carry the bodies of her son and husband. When they turn over her son’s body they say a rib sticking out of his abdomen. The men helped Iryna dig the hollow and wrap up the bodies in blankets before putting them in the ground.

“My daughter saw the burial when she looked over the godmother’s fence. Later that day, the girl asked ‘why do we have two hollows and why are father and Oleg lying there?’ I just couldn’t hold back my tears and the 5-year old girl understood everything. My neighbors told me she ran to lay the flower at the grave and was sobbing quietly, for me not to see.’

Maksym and his son Oleg were buried near their own house. Iryna said it was easier at that moment but now she would not be able to live with it.  She will need to have their bodies moved to a graveyard.

‘I didn’t respond to calls and messages for 2 months. The people who knew about my terrible loss shared the information about it. I keep receiving lots of messages, people are saying ‘thank you’ for my son, sending words of support, telling me stories about how great my boys were. It is a terrible war, a terrible loss..’