The Security Service of Ukraine has identified a Russian military who purposefully killed a civilian in Kyiv region during the occupation. 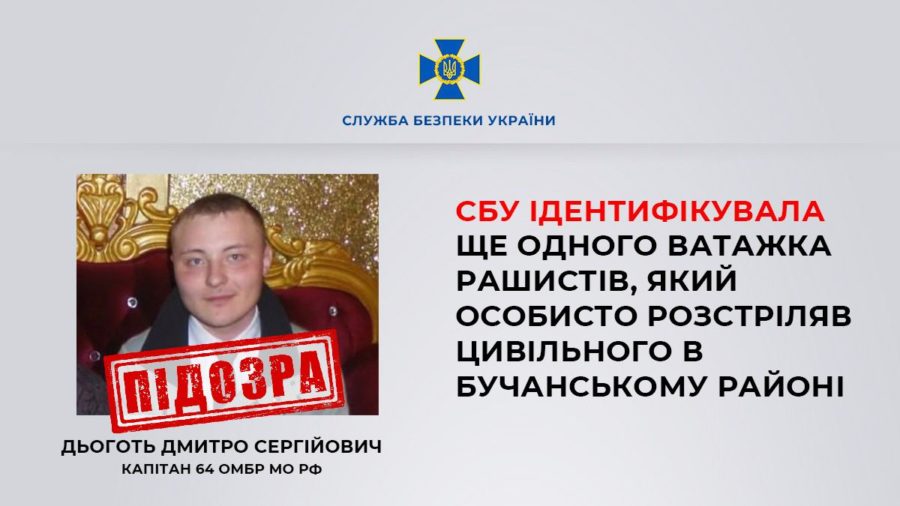 The acting chief of intelligence of the 64th separate motorized brigade of the Russian army Dmitry Degot is accused of killing a local resident in the village of Havronshchyna near Bucha.

He took a direct part in the capture of settlements in Bucha district. The investigation has established that the perpetrator stopped an unarmed local resident and shot him.

According to the forensic medical examination, the civilian died from multiple gunshot wounds and loss of blood.

The SBU put the perpetrator on the wanted list.