Ukrainians gathered in Kyiv center calling on Western diplomats not to hand concessions to Russia over its demands on Ukraine. 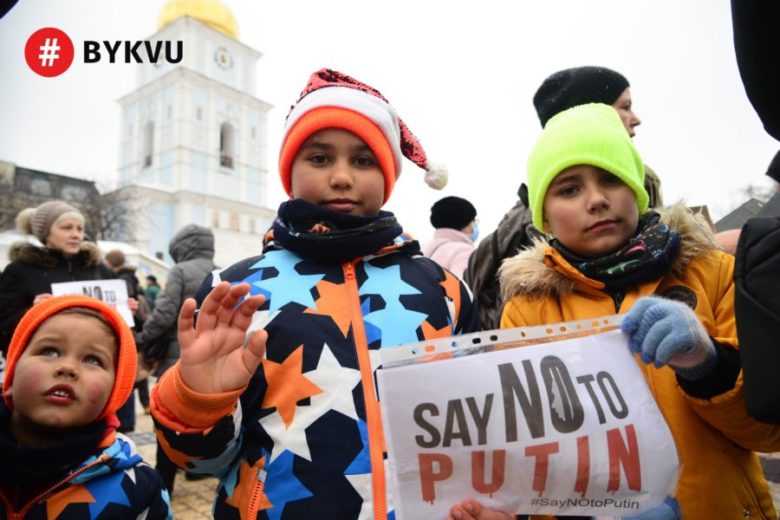 Hundreds of people descended on the center of Ukraine’s capital this Sunday for a protest to condemn Volodymyr Putin’s policies on Ukraine.  The event at Mykhailivska Squqre came ahead of the talks between Russia and the US, which, as many fear in Ukraine, will see Kyiv forced to make concessions to Moscow. 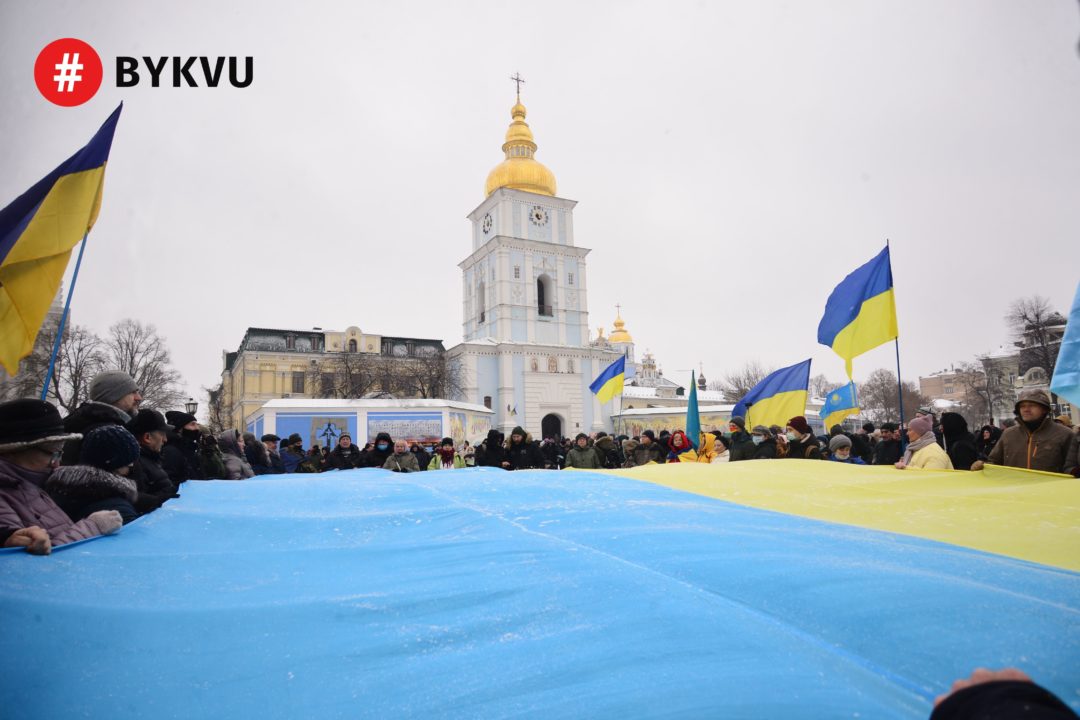 Protesters called on the Western leaders not to cave to pressure from Russians.

‘Putin wants to drown Kazakhstan in blood and make Ukraine capitulate on January 10, keeping his 100 thousand horde at our border. On January 9, Ukrainians from all over the world  will come out to urge the world leaders to say no to Putin and his empire policies’, said the protest  organizers. 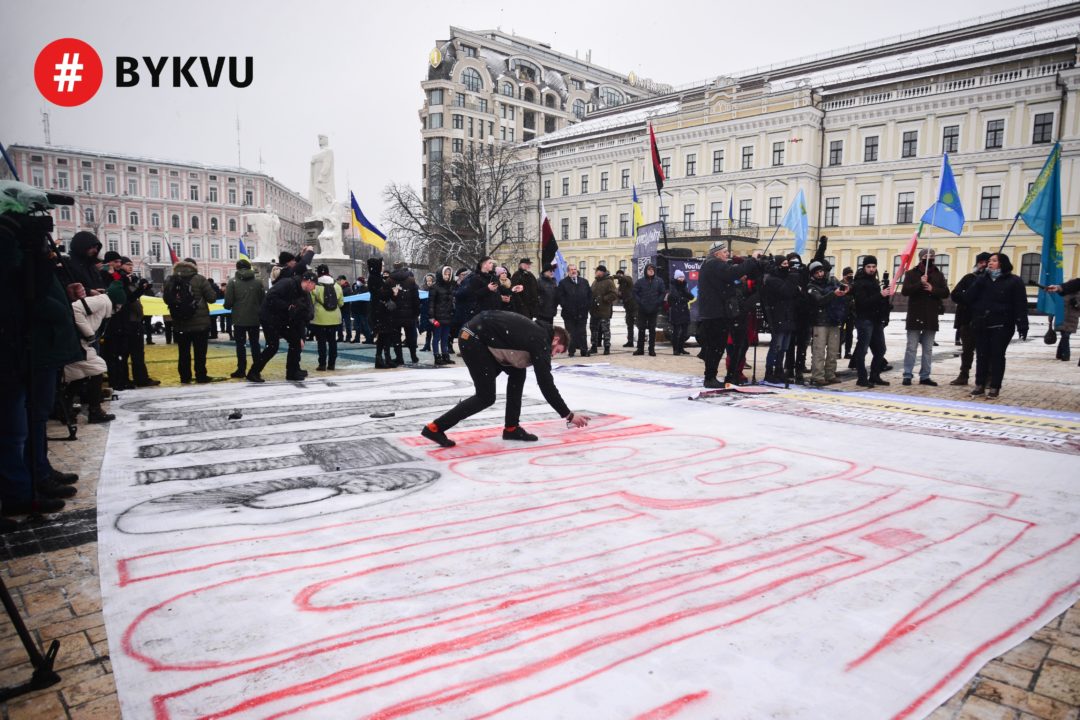 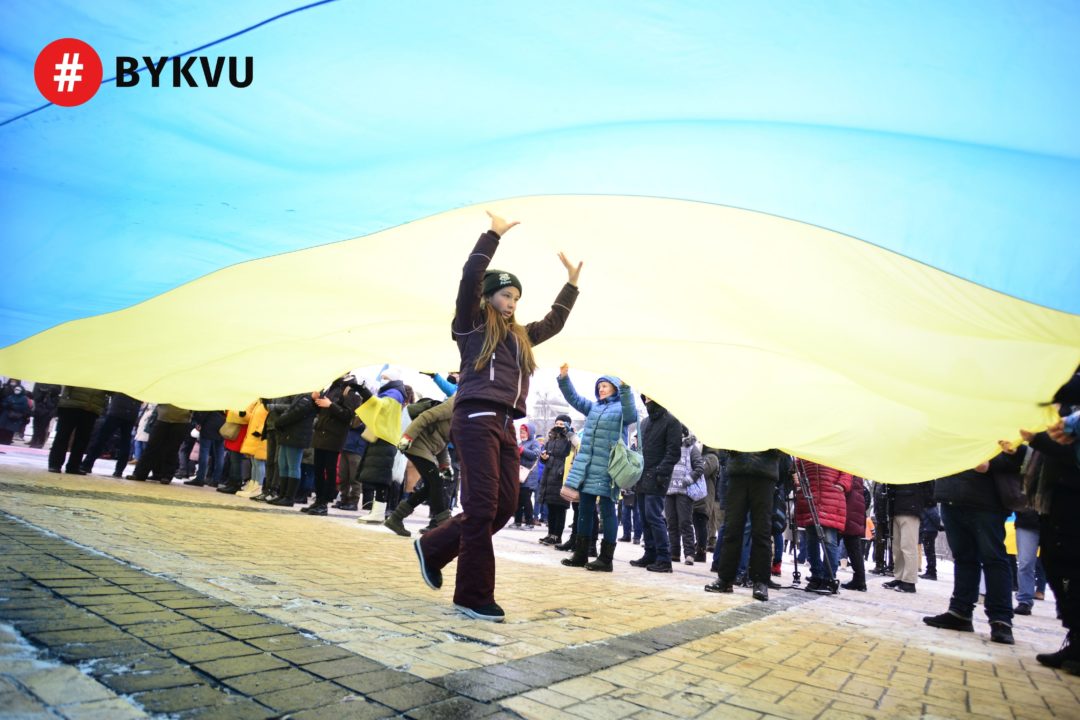 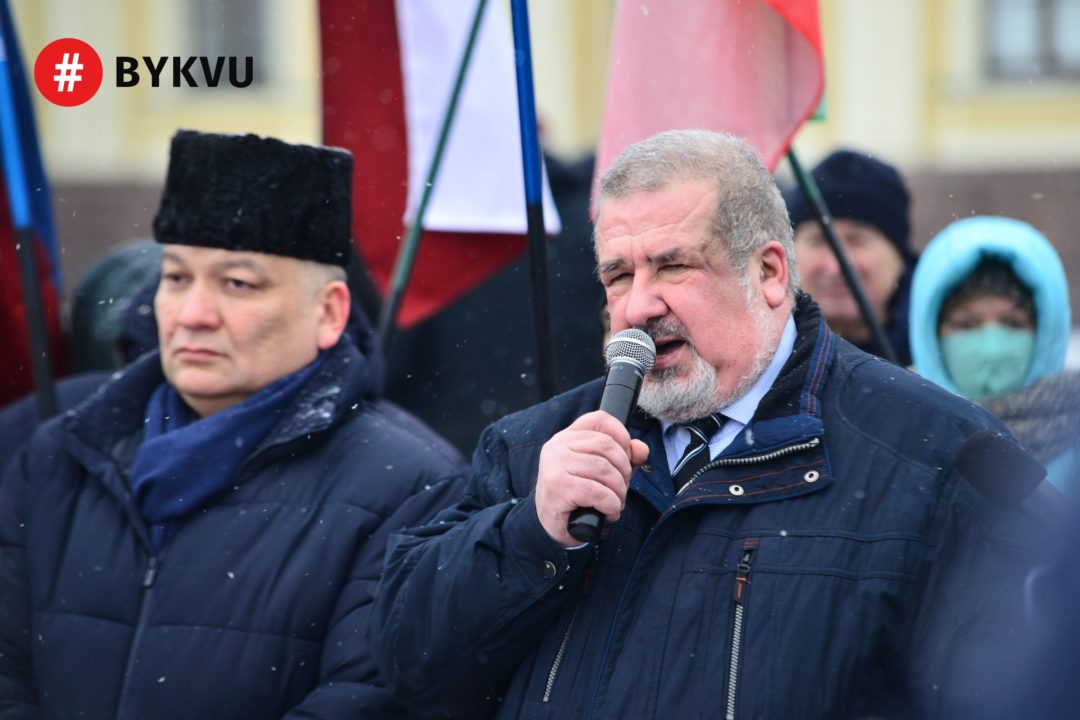 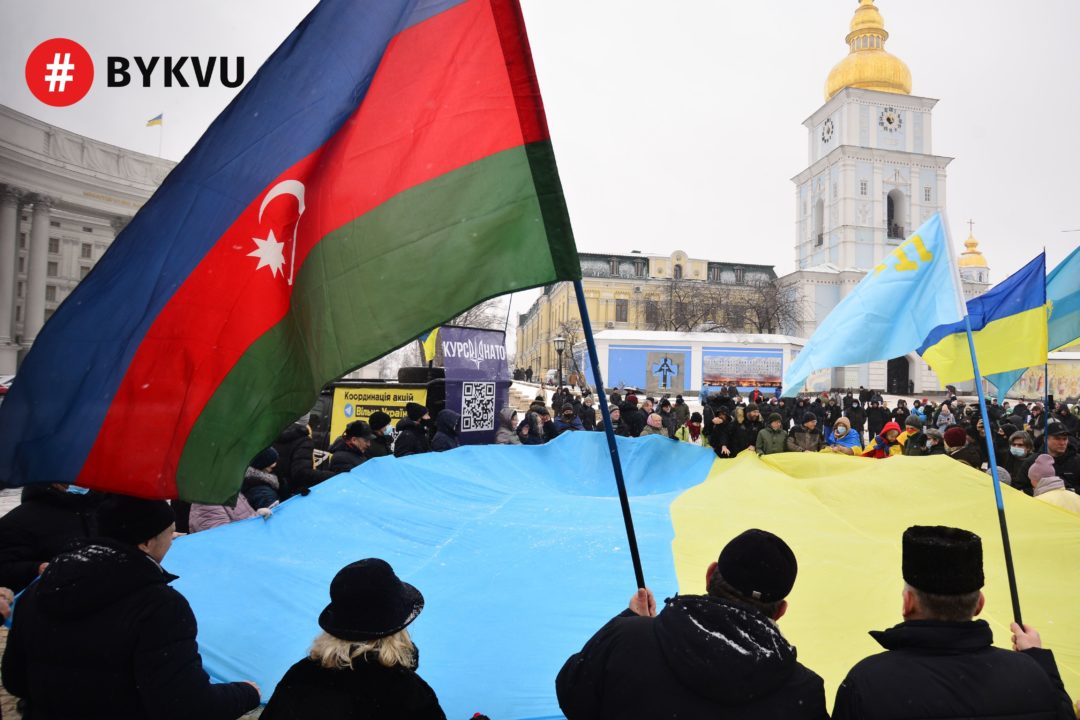 The event brought together people of different political affiliations. Among the protesters were leader off Crimean Tatars Refat Chubarov and Iskander Bariev, leader of Jewish public group Jozef Zisels, Donbas war veterans, political activists from as far as Azerbaijan, Kazakstan, and Belarus. 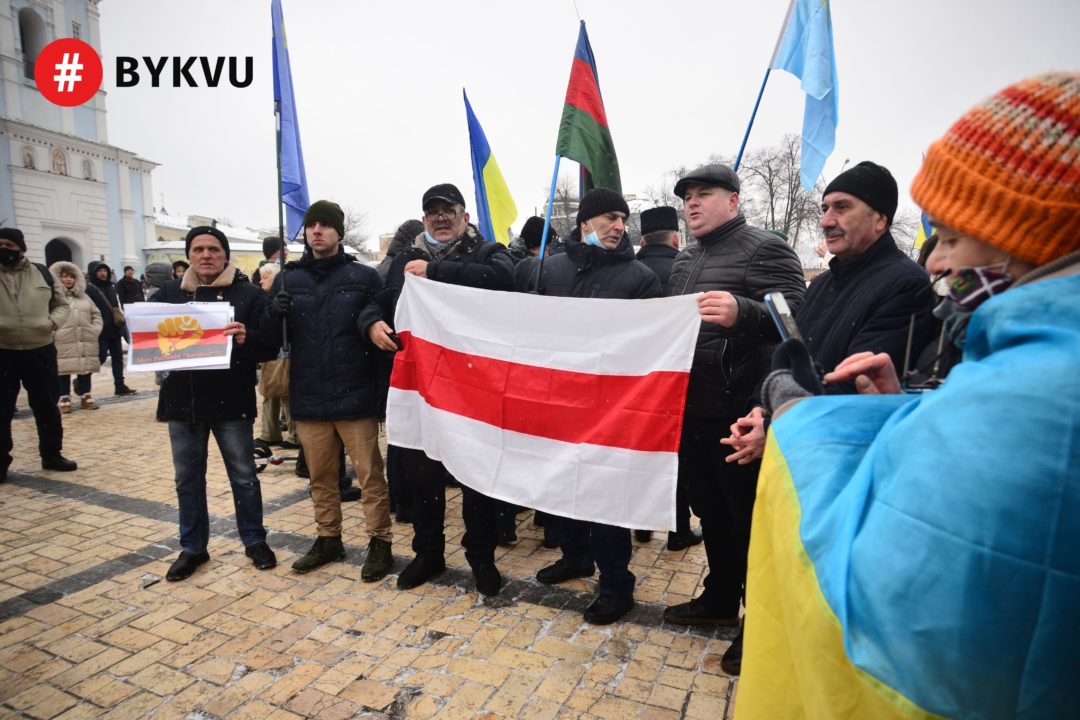 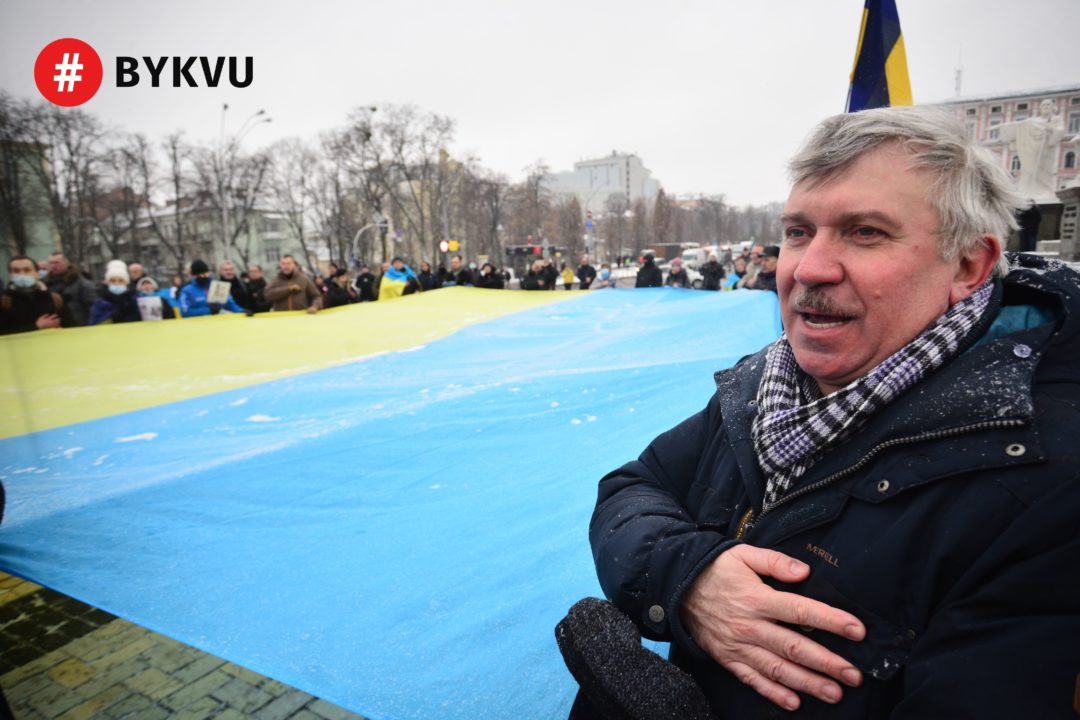 Concessions will not keep Russia from aggression and will mean new deaths for Ukraine that is, no matter what,  poised not to relent to Putin  who aims to revive the Soviet Union.

‘On January 10 the fate of Ukraine will be decided. And it can be decided without us. This is why we must come out and send our message to the world, said the protest organizers’, adding the similar protest will be staged on Monday  in Chicago at Water Tower at 3 p.m. and in New York at Union Square Park at 2 p.m.