Security and Defense Council of Ukraine avoids questions on the broadcast rights deal on ‘Kvartal 95’, which, as many critics say, sees the Russian TV station sidestepping the earlier imposed sanctions.

Kvartal 95 production company known for its close affiliation with Ukraine’s president  has been swept up in yet another controversy after it became known its new, 7 season of ‘Svaty’ TV series was set to be premiered on Russian television.

The story raised many eyebrows in Ukraine given the current context of relations between Kyiv and Moscow.

The state security council got the information request from Ukrainksy Novyny media outlet asking if Kvartal 95 selling license rights to its new TV series is a violationof sanctions earlier imposed by the council on Russian TV stations.

In an official response, the security council avoided asking the question awkwardly claiming the information request  didn’t  “include a request to receive information documented by the Office of the National Security and Defense Council of Ukraine’. 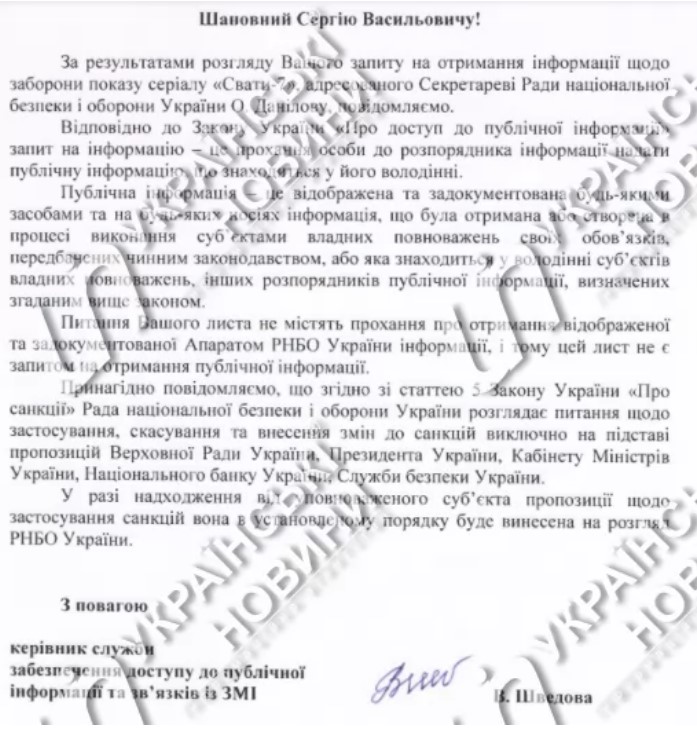 The official responsed said, ‘According to Article 5 of the Law of Ukraine ‘On Sanctions’, the National Security and Defense Council of Ukraine considers sanctions only on the proposal of the Verkhovna Rada of Ukraine, the President, the Cabinet of Ministers, the National Bank and the Security Service of Ukraine’.