The new poll shows a decline in support for Zelensky's 'Servant of the People' and a promise of close race in the next parliamentary elections as two out of three Ukrainians now claiming 'the country is heading in the wrong direction'.

The October survey conducted by ‘Rating’ sociological group shows the lead opposition party is closing the gap on the ruling ‘Servant of the People’.

One in six (18%) voters  say they will support Zelensky’s party while ‘European Solidarity’ led by the former president Petro Poroshenko can secure  13,9% share of votes.

Russia-leaning ‘Opposition platform for life’ is on 10,7%  and Yuliya Tymoshenko’s ‘Batkivshchyna’ on 10,1% .

The big mover among smaller parties is Dmytro Razumkov’s ‘Rozumna polityka’,  the newly established party is gaining the ground and now boasts 7,9% support.

The rest of the parties’ ratings are hovering in 2-6% range. 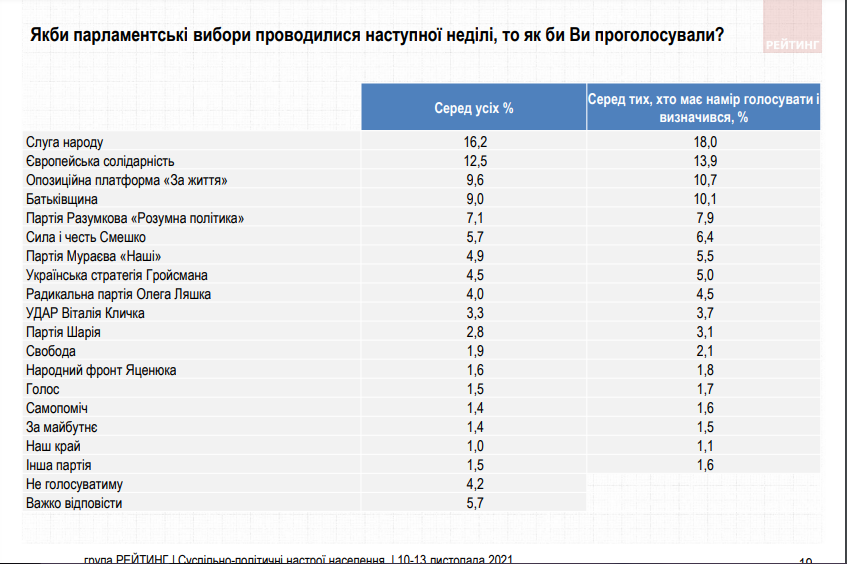 The survey also rated voters confidence over the governmental policies.

The demographics and political preferences  are  still a factor  as the governmental policies secure notably higher figures of support among younger age groups and core Zelensky’s backers with 8% of ‘don’t’s knows’. 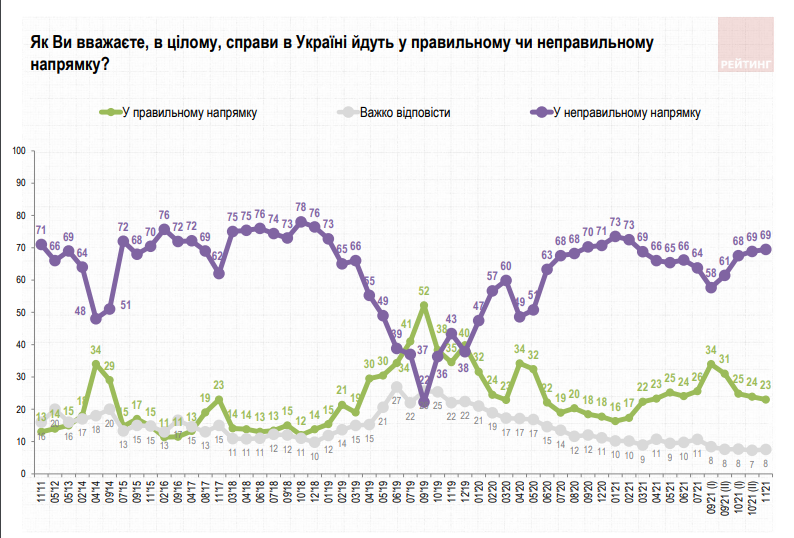