00:37 Zelensky’s advisor admits to use of hired bloggers for goverment campaigns

‘Servant of the People’ seeks to oust parliament speaker

The ‘Servant of the People’ party MPs are seeking a recall of parliament speaker Dmytro Razumkov.

In a statement on social media Thrusday, Ukrainian parliament speaker Dmytro Razumkov  said his fellow party members have launched a petition and are collecting signatures for his replacement.

Razumkov argued he will not ‘interfere with the process’.

The internal rift reportedly widened after the speaker called into question legal inaccuracies of the anti-oligarchs law initiated by Volodymyr Zelensky. 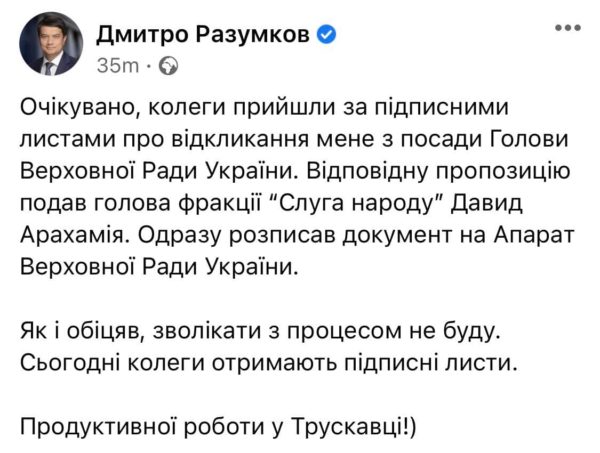 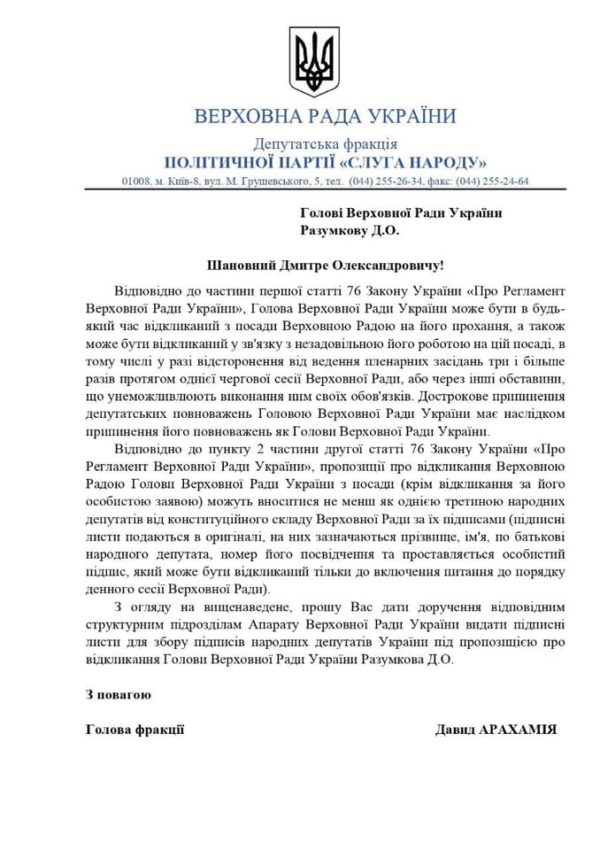 Earlier, David Arakhamia informed the future party convention in Truskavets spa resort will feature his DJ set and ‘Oscar awards’ ceremony for best-performing ‘Servant of the People’ MPs. Speaker Razumkov has been dropped of the list of the invited guests of the event.