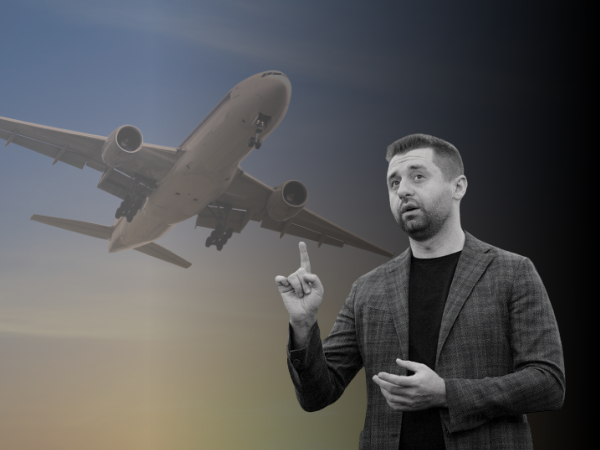 Dmytro Firtash is a notorious Ukrainian oligarch, who was arrested in Austria in March 2014, and who is under federal indictment for an alleged bribery scheme in the US.

According to investigating journalist Mykhailo Tkach, David Arakhamia and his wife twice flew to Vienna in 2021 by a private plane belonging to Dmytro Firtash’s structures.

Arakhamia admits he flew to Vienna, but claims he did not know the plane belonged to Firtash. He makes an excuse that learned about this afterwards.

‘It turned out that this plane belonged to the structures of Mr. Firtash, but worked with a large airline, which has several hundred planes. So it is like an Uber call. You do not know which plane you will fly’, Arakhamia said.

He stressed that his travels had no connection with political activity, but failed to disclose the reasons.

‘It was the time of Covid lockdown, and it was difficult to find a flight. I do not like to fly on private planes, because it is very expensive. Even for me, although I am quite a wealthy person’, he commented.

Arakhamia also admitted the reason he flew to Vienna was a medical issue.

Travel expenses were recovered by his wife, and according to Arakhamia, they did so to avoid negative publicity.