The gaffe happened when the recently rebooted channel Rada was reporting on the death of European parliament’s  president David Sassoli who passed on January 11. 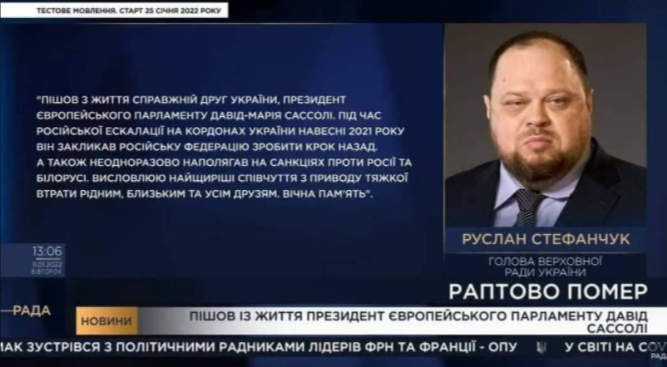 The story that confused many TV viewers,  was soon picked up by social media who started to share the erroneous screenshot snarking about the editorial mishap.

Ruslan Stefanchuk has taken the news of his reported ‘death’ in stride. The Servant of the People MP who took the speaker’s seat last autumn after removal of Dmytro Razumkov  shared the story in his Facebook account and cited the Russian rock band Chaif lyrics   “Don’t rush to bury us, we still have things to do around here’.