Three people rescued from rubble in Russian firing on Kharkiv 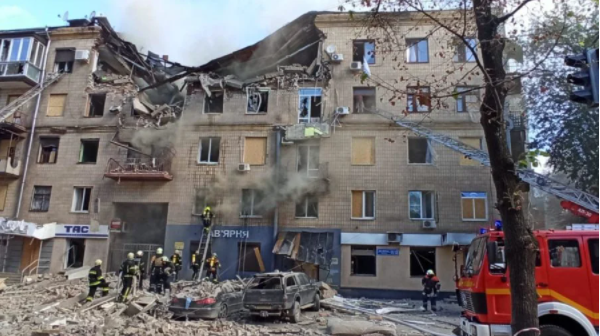 This morning the Russian forces shelled Kharkiv hitting a five-storied residential building.  Three civilians have been saved up to now, – informs the city mayor Ihor Terechov.

According to the mayor, two women and one man have been pulled from the rubble by rescue teams. None of them has been injured.

Terekhov added that the rescue operation is still underway.

‘Another horrible crime of the Russian murderers. This morning our peaceful Kharkiv was shaken by powerful explosions.  The enemy’s missiles hit a residential building. It is still being clarified if anyone has been injured.  The rescues and the police are working at the site. The Russian murderers will be held responsible and tried for all those crimes they have committed. We urge the city residents to stay in shelters. We do need you!’ – writes Tymoshko.