‘Traffic police officers circled around the car and threw up their hands [..} as if that was okay, there was no need for towing the car because the vehicle was not hindering the transport’, claims Dulapchiy. 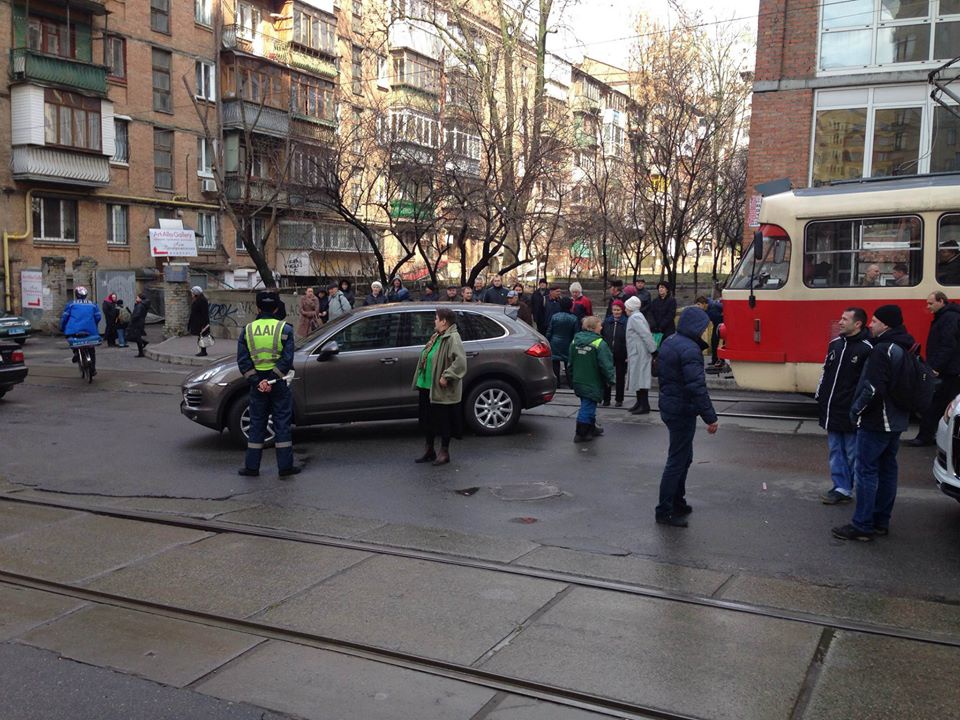 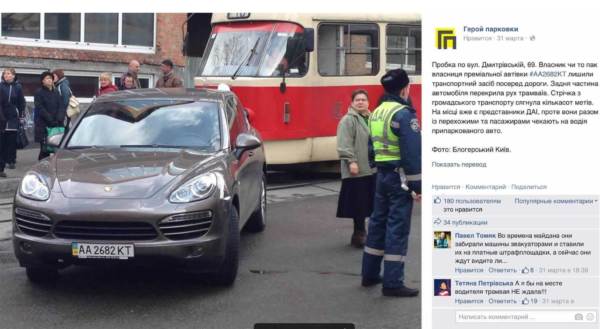 The later reports found that the car was owned by Nataliya Fiala, the wife of Dragon Capital CEO and European Business Association Tomas Fiala.

Dulapachiy claims that following the incident Fiala family hurried to have the car plate numbers changed and did so in just one day.

‘This citizen loves to teach us, unwashed Ukrainians, that everything is wrong with us – corruption and that we are lagging behind Europe, and, at the same time, he uses an absolutely European manner to conceal his wife’s parking [violation] getting traffic police to re-register his car plate number in one day! Obvioulsy, it was not for free. The car plate was  АА 2682 , and the next day it is  АА 6726 АТ. Wow! Great power of state registries!’ stressed the lawyer. 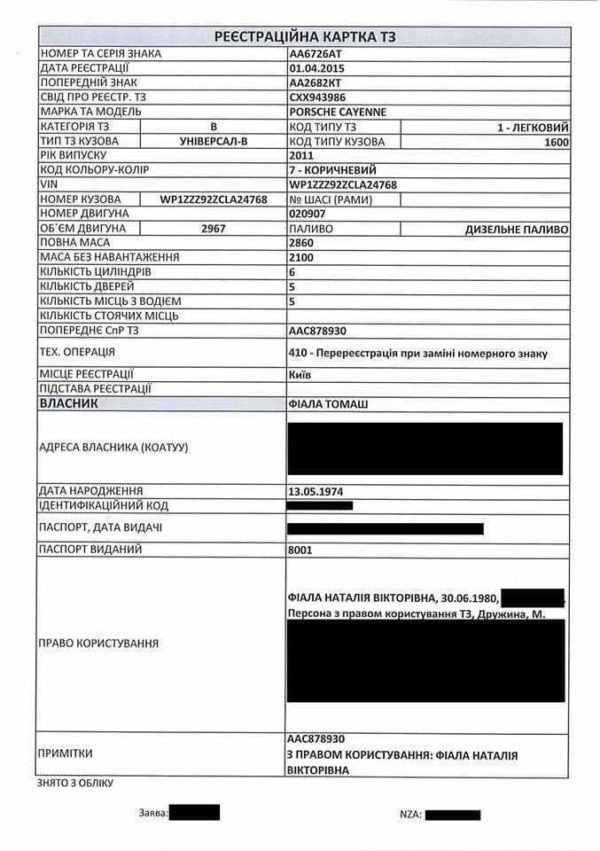 Tomas Fiala is back in the spotlight after he bought a major Ukrainian media outlet ‘Ukrainska Pravda’.

In 2015, he drew criticism over the alleged property fraud that saw him appropiating and overhauling a co-op building attic in Kyiv’s Khreshchatyk Street.  According to public investigation, his property exspansion scheme had no official permits and got assistance from the notorious Kyiv Pechersk District Court judge Serhiy Vovk.