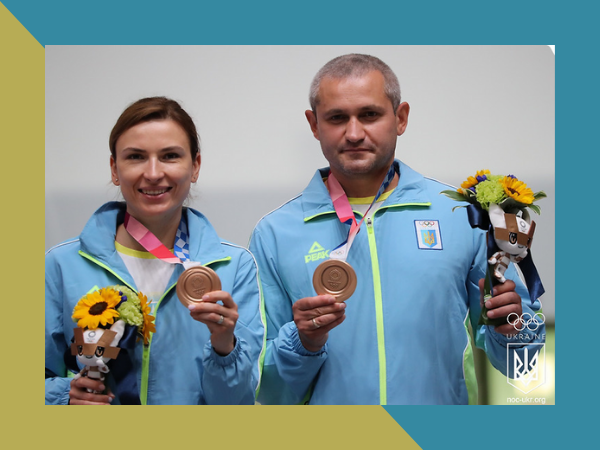 Ukrainian shooters outduelled their rivals from Serbia in the bronze medal face-off Tuesday.

Losing the first round, the Ukrainian pair staged a comeback claiming 3 rounds in a row with   The following time-out taken by Serbs gave them some edge and helped to claw back in the game- the won 4 next rounds with the same score 8:6.  Now trailing behind, Olena Kostukevych and Oleh Omelchuk used the however, pulled out the match by wining the last two rounds (14:10) to secure a bronze medal in the event, which makes its debut at the Olympics.

The event has mixed teams competing at 10 meter range firing a series of single shots Scores of a team are combined in each round with the first team to reach 16 points declared a winner.

In a thrilling final,  the Chinese mixed team secured another gold beating the Russian team.

In the medal tally Ukraine now sits 42nd trailing far behind China, Japan, and the US that ar atop of the list with nine gold medals.