January 16 is the Day of Remembrance of the Ukrainian military who defended the Donetsk airport from May 26, 2014 to January 22, 2015 during the Russian invasion in the east of Ukraine. For their bravery and unbreakable spirit, the defenders of the airports received the name ‘cyborgs’.

The fighting for the Donetsk airport began on May 26, 2014 after it had been captured by pro-Russian terrorists.

For more than 8 months, the Ukrainian military desperately held the ground and proved that the spirit of Ukrainians is stronger and more powerful than Russian weapons.

The military, volunteers and medical workers fought hard for more than 242 days until the defenders had to retreat and abandon the ruins of the terminal after a series of explosions set off by the Russian forces. ‘For 242 days, Ukrainian military and volunteers defended the Donetsk airport in the Russia’s war against Ukraine. The defenders demonstrated the historical indomitability of the Cossack fighting spirit of our modern army. ‘Cyborgs’ turned out to be stronger than the concrete walls of the Donetsk airport terminal’, the Ministry of Defense said in a statement.

Over the next few days, fighting continued in other areas of the airport to rescue and evacuate the wounded. 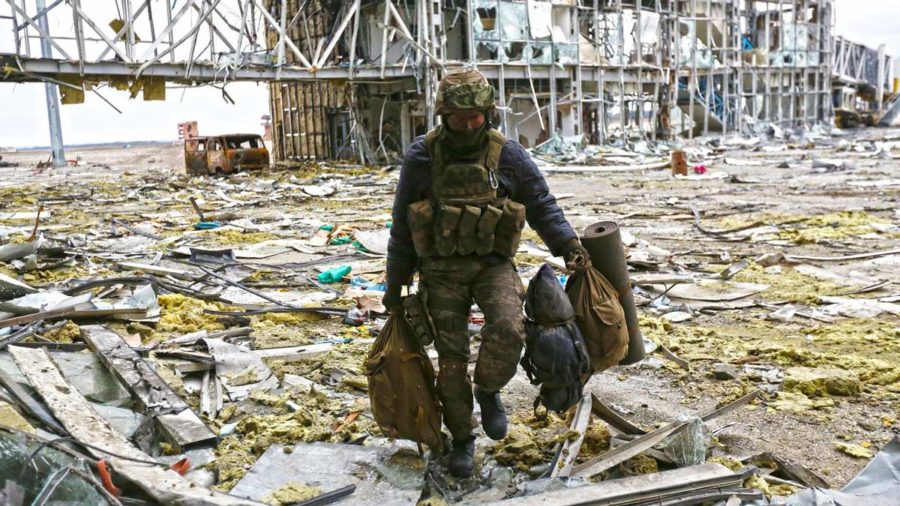 During the defense of the airport, more than 100 Ukrainian soldiers were killed and about 440 wounded.