Opposition MPs called out Foreign Ministry and Ukraine’s Ambassador to the US over attempts to disrupt lawmakers’ overseas visit.

It is not ‘a rare thing’, argued Siumar citing the earlier experience on the visit to Portugal when she and another ‘European Solidarity’ MP were offered ‘lame excuses’ by the Ukrainian ambassador who was trying to avoid official meeting with the lawmakers. 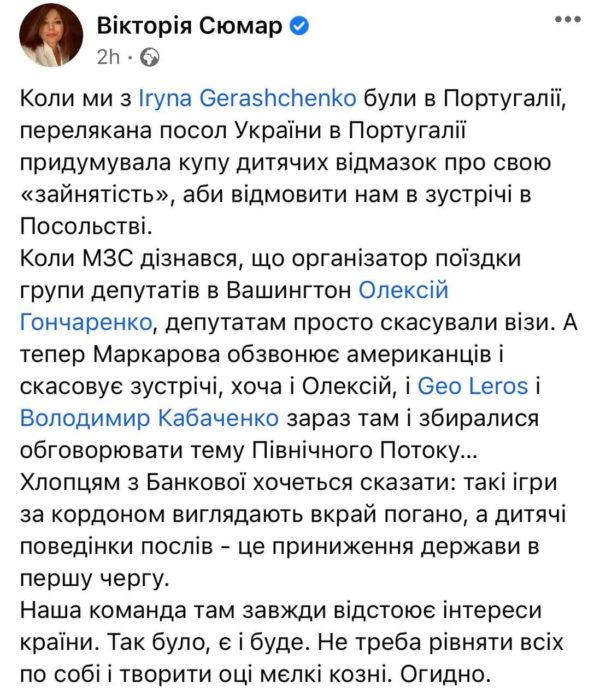 The lawmaker complained the Ukrainian ambassador to the US Markarova ‘was calling Americans to block meetings of Oleksiy Goncharenko, Geo Leros and Volodymyr Kabachenko’.

‘Guys from Bankova street [Zelensky official residence]’ should know that ‘ambassadors acting like kids is a humiliating thing for the country’, added Sumar.

Oleksiy Goncharenko offered his take on the situation claiming that Ukrainian embassy reached out to American officials to call off the earlier arranged meetings ‘manipulating and giving some ridiculous excuses’.

‘After that, the Embassy of Ukraine in the United States began to contact everyone with whom we had scheduled meetings and cancel them. When this story became public, the embassy began to manipulate and invent ridiculous excuses’, Goncharenko explained. 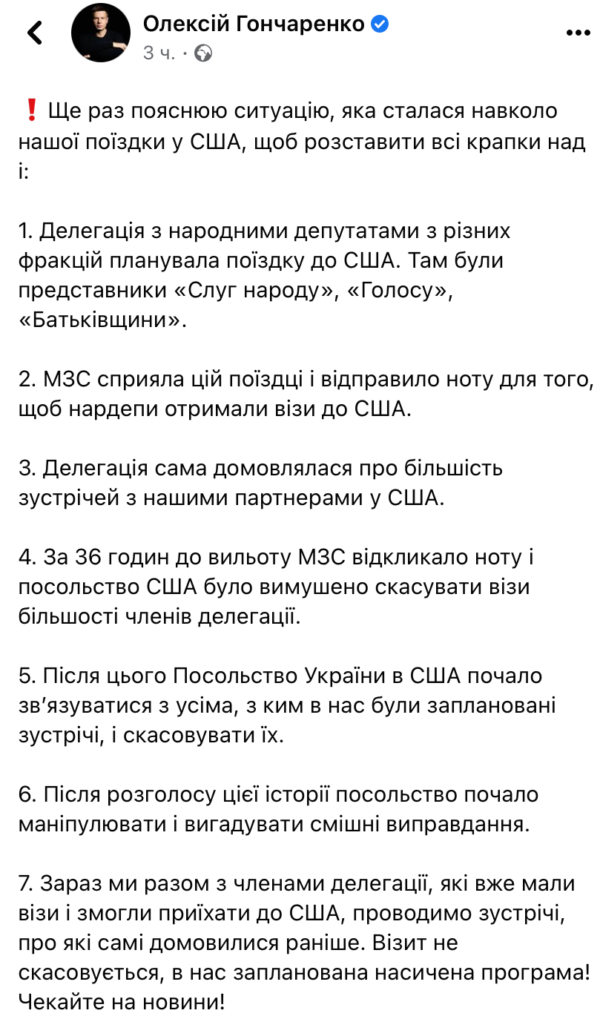 Bukvy approached the Ukrainian Ambassador to the US for comments on the situation.

Tags: ambassador to the US, Foreign Ministry, opposition, Ukrainian MPs