Iryna Venediktova takes a one-day leave to have her deputy sign the indictument papers for Petro Poroshenko.

Call it a coincidence or a ploy, but Ukraine’s chief prosecutor has obviously shifted responsibility to her deputy to sign an indictment for former Ukrainian president Petro Poroshenko. The politician and fierce rival of the current Ukrainian president Volodymyr Zelensky was indicted over his alleged involvement with coal trade schemes in occupied Donbas back in 2014-2015 that, as prosecutors claim, allowed separatists to walk away with 200 million hryvnas.

Ihor Golovan, who defends the opposition leader in this criminal case, has obtained a  copy of Iryna Venediktova’s official request for her annual leave. The chief prosecutor has taken a ‘leave day’ on December 20, delegating her duties to Oleksiy Symonenko who had no qualms about signing  Poroshenko’s indictment the same day. 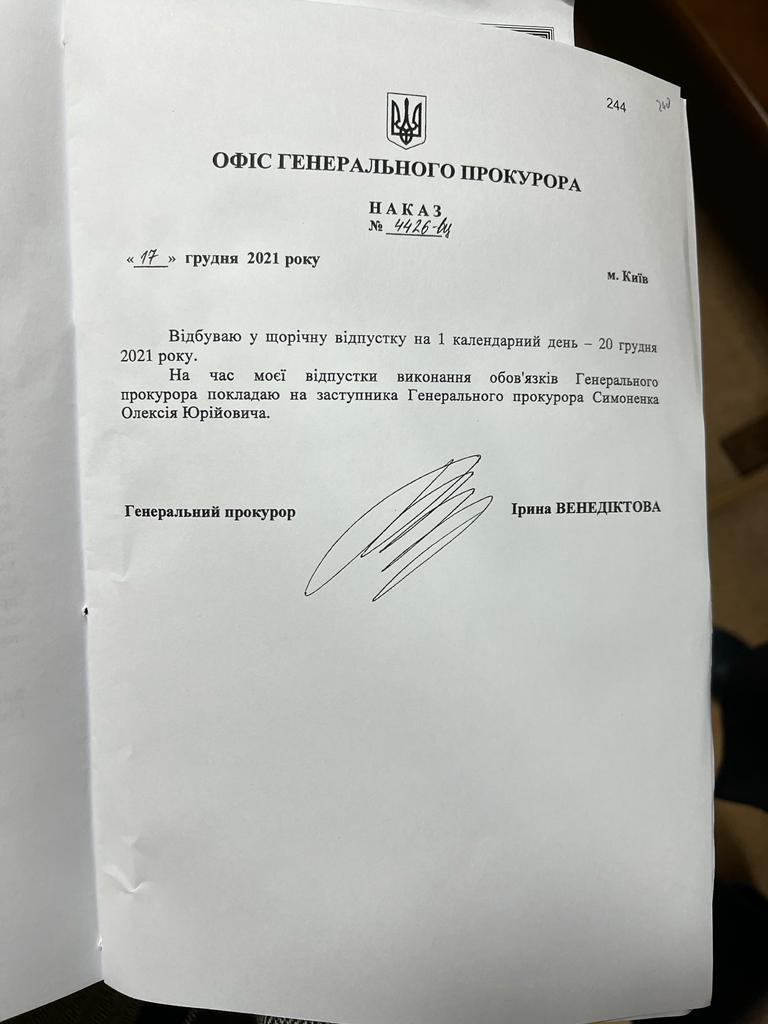 Under the Ukrainian law, for the time a chief prosecutor is off work,  it is his or her first deputy who has to step in, which Symonenko wasn’t,  meaning Venediktova’s first deputy was not excited about becoming a fall guy either.