In a response to information request from ‘Bukvy’, the culture ministry says it will do ‘within 20 days’.

According to reports, the big-scale celebration will include  a military parade,  Andrea Boccelli concert,  ‘Independence in our DNA” show featuring Ukrainian pop stars, and ‘Summit of First Ladies’ staged by Olena Zelensky, the wife of Ukraine’s president.

The requested information involves ‘big amount of data that needs additional time for processing’, said the Ministry in its official response,  adding ‘it will be provided within 20 working days’. 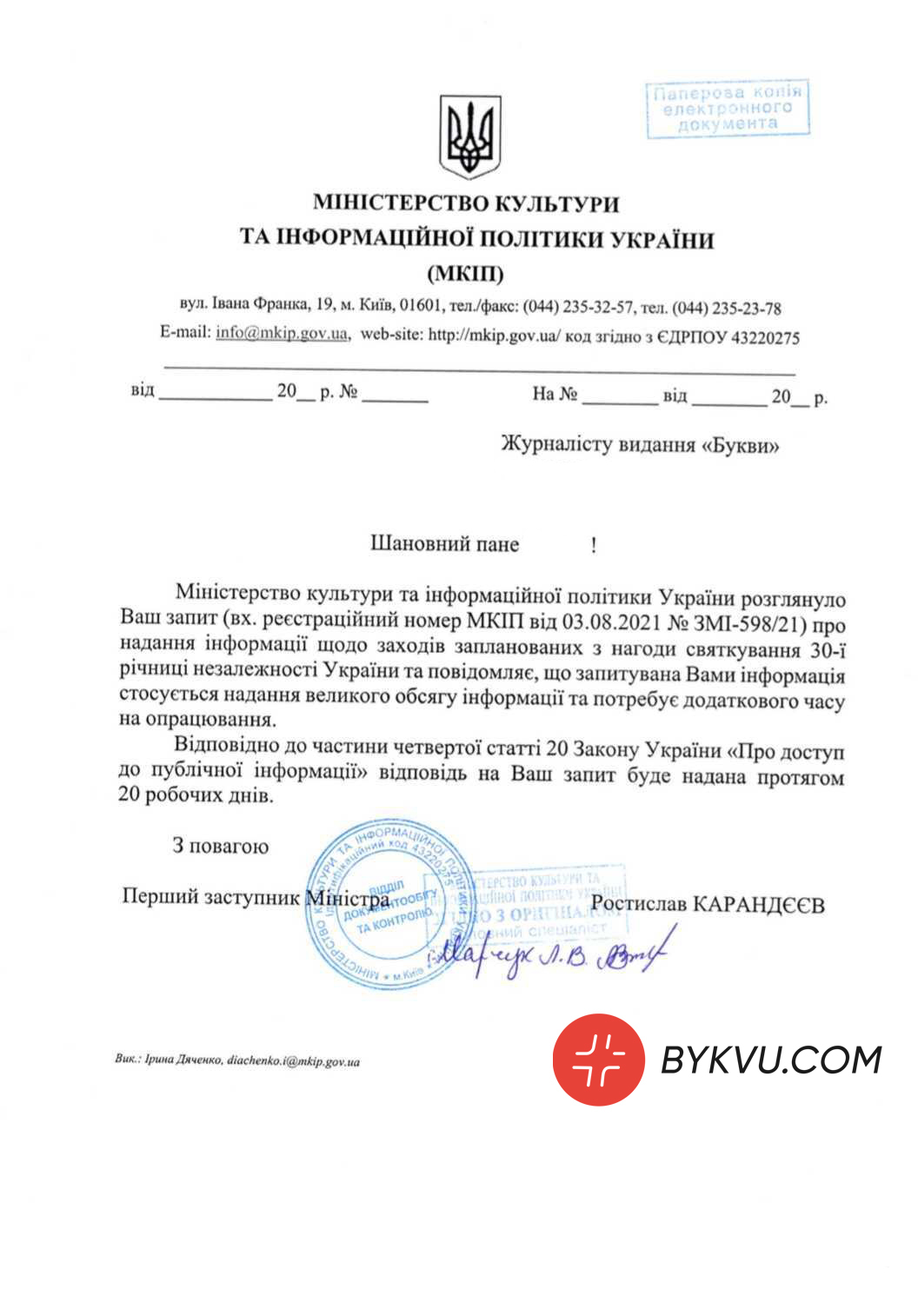 This year Ukraine celebrates 30th anniversary of Independence and the announced celebration will feature over 150 public events.

On August 24, Kyiv will host a big show ‘Independence in our DNA’ that will see performances from over 30 Ukrainian pop stars.

re Learn moabout the controversial show lineup and why it  drew the ire from many Ukrainians.