This was reported by deputy prime minister Yulia Svyrydenko on her Facebook page. 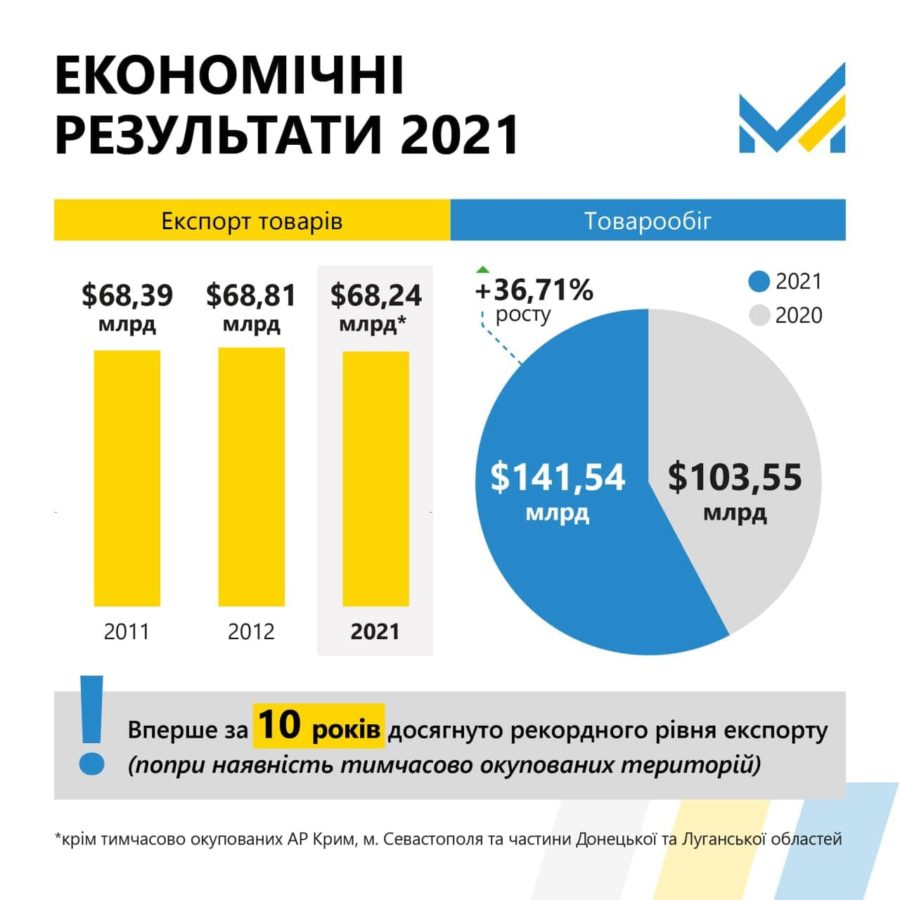 The previous record exports in Ukraine were stated in 2011 ($ 68.39 billion) and in 2012 ($ 68.81 billion), before the temporary occupation of Crimea and parts of Donetsk and Luhansk regions. 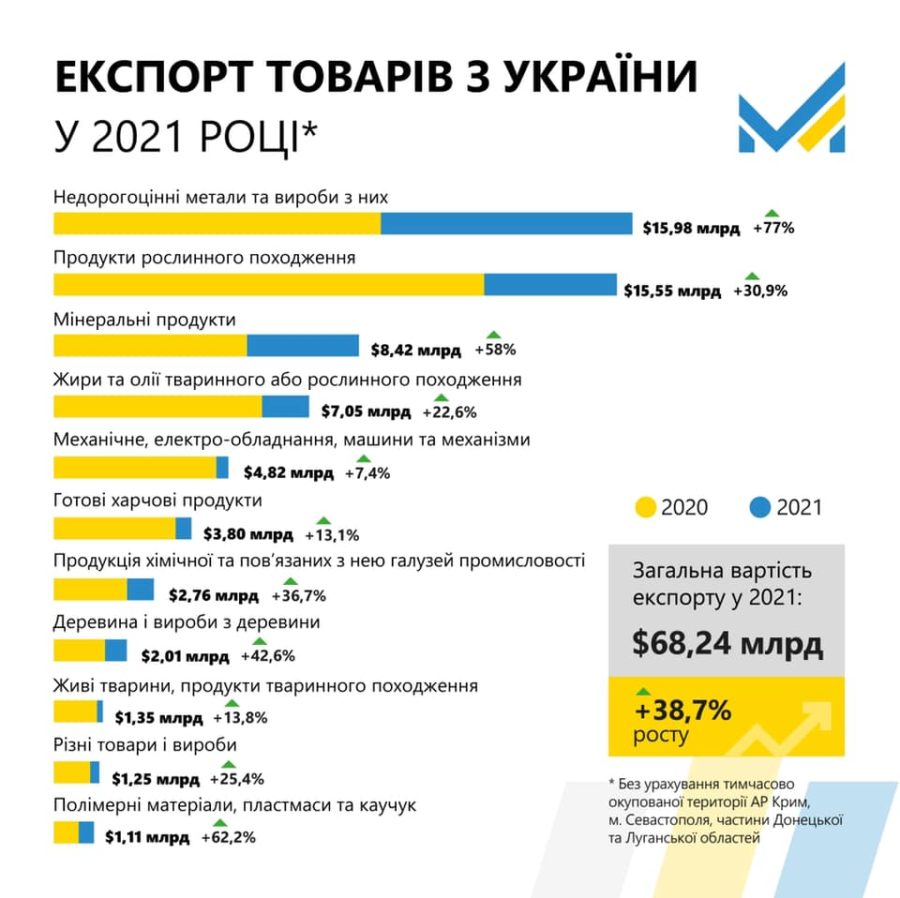