19:23 Pandora Papers: Activists rally at Zelensky’s residence in upscale Koncha-Zaspa
12:28 ‘You are afraid of us!’, – Poroshenko addresses Zelensky after clashes near his house

The celebration marking the 30th anniversary of Ukraine’ independence cost over 203 million hryvnas, said Minisry of Ukraine in an official response to Bukvy  media enquiry.

The 24th August official program, according to the official letter, featured over 300 official events.

The government spent 42 million hryvnas on a military parade in Kyiv centre while the largest share of Independence day spending – 64 million hryvnas – went on a pop star concert at Kyiv ‘Olimpiyskiy’ stadium.

Notably, it took officials over 6 weeks to finalize their  spending sheet. 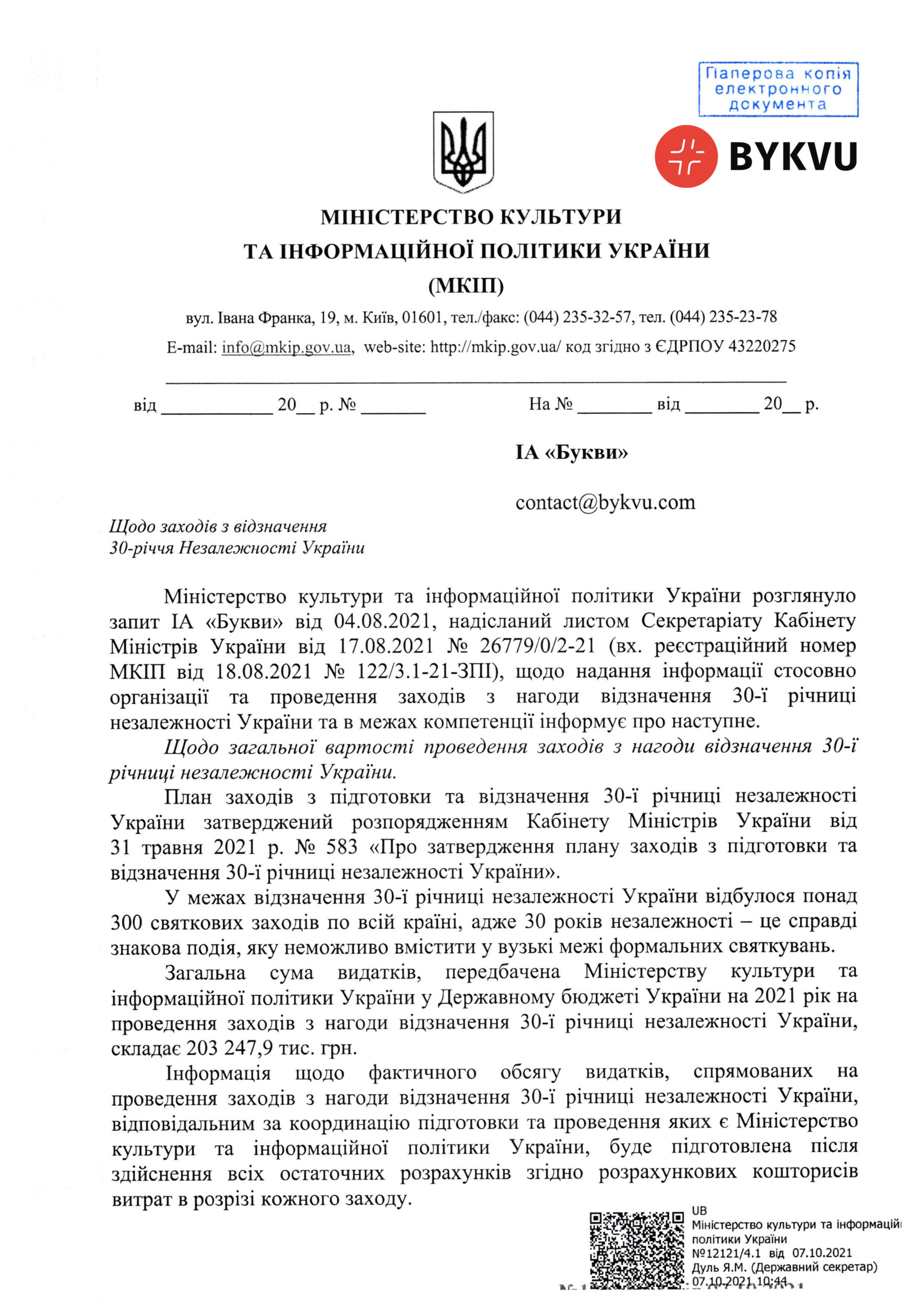 It is worth noting that Independence Day pop concert stage in Kyiv on August 24, drew criticism over its line-up choices.