Ukraine’s police officers quitting in droves. What we know so far

Recent admissions from police seniors left the lid on the mounting staffing crisis Ukraine's police force is grappling with, and Bukvy found out what makes cops leave.

Ukraine’s police is struggling with a wave of record departures leaving many  police departments  across the country understaffed as most retiring police officers cite low pay as a main reason of their exits.

On December 3, Deputy Chief of the Patrol Police Department Oleksiy Biloshitsky said law enforcement agencies were in staffing crisis and have many unfilled positions , arguing the issue will become even more dramatic in 2022 .  The common complain is that patrol police officers earn less than security guards in  supermarkets.

Today’s monthly salary of a patrol officer is in the range from UAH 11.2 thousand  to 14.5 thousand, depending on the region, which is below average salary of 14,3 thousand hryvnas.

On November 12, a petition calling for a raise for  law enforcement officers was registered on the website of Ukraine’s president. 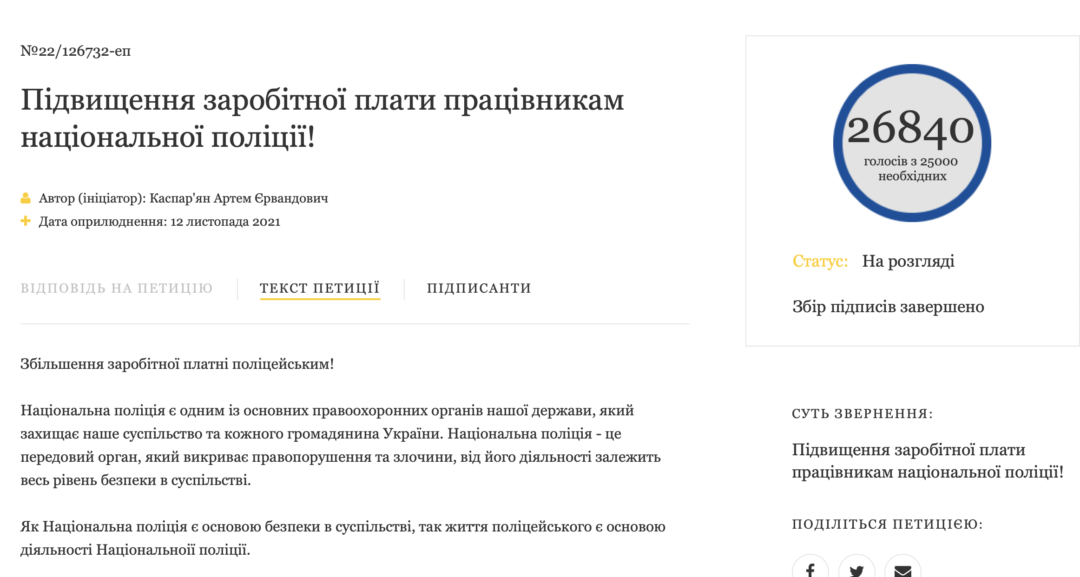 It does look much like an exodus as last 10 months of 2021 saw 15% of law enforcement staff quit their jobs with Kyiv and Kharkiv police departments being the hardest hit.

The staffing crisis was exacerbated  when police officers learned there would be no end-of-the-year bonus in December, which prompted new departures. In small town of Tokmak, Zaporizhzhia region, 30 police officers resigned in one day, and it is a third of local police force.

Their claims got backing from Ukrainian MPs – the ‘European Solidarity’ group demanded an urgent raise for police officers and called for report from the interior minister on where most of ’98 billion UAH interior ministry budget for 2022’ were going to be spent.

On January 5, tNational Police chief Ihor Klymenko said the government has allocated money to the police for a gradual raise with the first increased, yet still unspecified,  salary for cops  coming in late January. 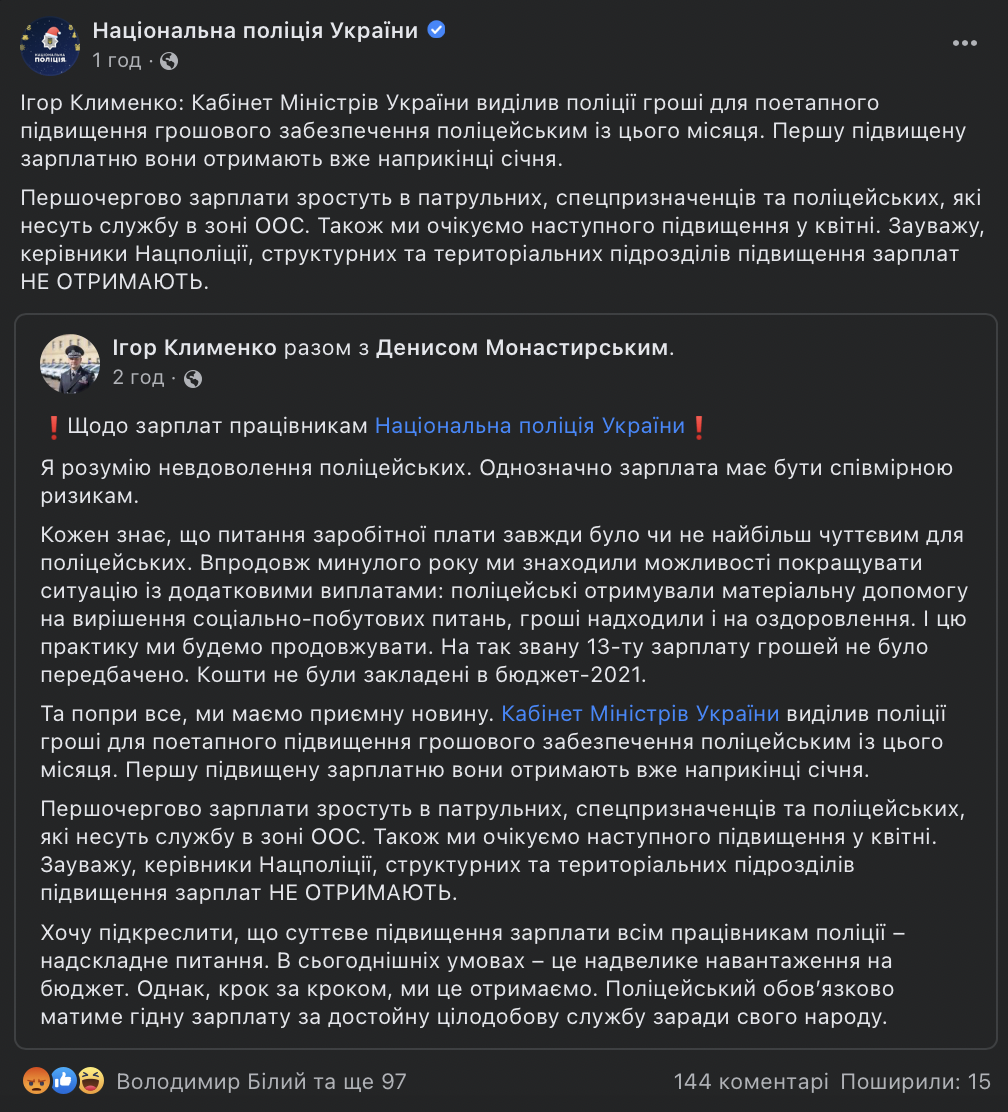