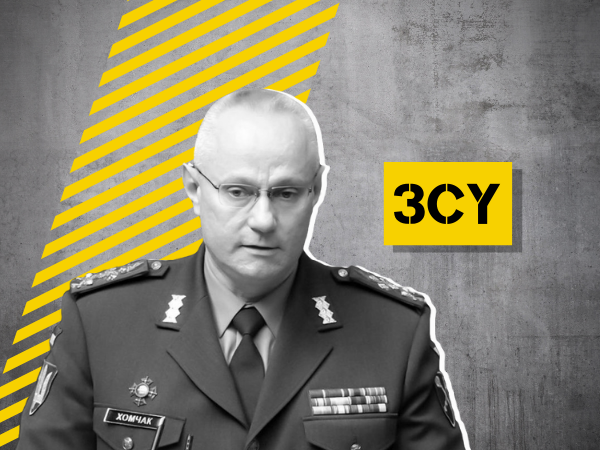 ‘This is the president’s decision’, said Zelensky’s spokesperson Serhii Nikiforov in a briefing on Tuesday.

Announcing the reshuffle, he cited a rift between  the defence ministry and the armed forces as a reason behind the dismissal of Ruslan Khomchak.

‘Volodymyr Zelenskiy has no doubts about Ruslan Khomchak’s patriotism, loyalty to his oath, and professionalism’, said the spokesman adding that ‘the president wants to see a synergy between the Ministry of Defense and the Armed Forces of Ukraine. Unfortunately, we do not see such synergy. We see, on the contrary, conflicts.’

What we know about the new military chief

The changes in the military come after  the reshuffle in the key intelligence agency  – two high rank SBU officials were removed by Volodymyr Zelensky the day before.  One of the officials removed was the agency deputy head Ruslan Baranetsky  who  is known in connection to  Wagner capture scheme scandal.  Baranetsky  and Gen. Vasyl Burba assumingly had submitted a report on the covert operation to the president and his aides before it suffered a set-back due to alleged information leak.