According to intelligence reports from the occupied Southern region, the occupational authorities have stepped up their clampdown on Kherson residents by re-introduction of notorious Berkut special task police unit.

The stories are emerging of locals facing intimidation and threats of violence. There were also cases of abduction and torture.

The turncoats whose personal information the SBU made public, are reportedly engaged in a recruitment campaign – they are reaching out to their fellow officers and former law-enforcement workers, offering to join the ‘ministry of internal affairs’.

In what comes as a stern warning against such acts, he Ukrainian intelligence agency said it has filed the information on the collaborators’ activities, their residences and movements.  At least 14 out of the 26 defectors are former policemen.

The SBS said it continues to collect all the due information to hold the collaborators accountable for the treason as stipulated by art.111 of Ukraine’s Criminal Code. 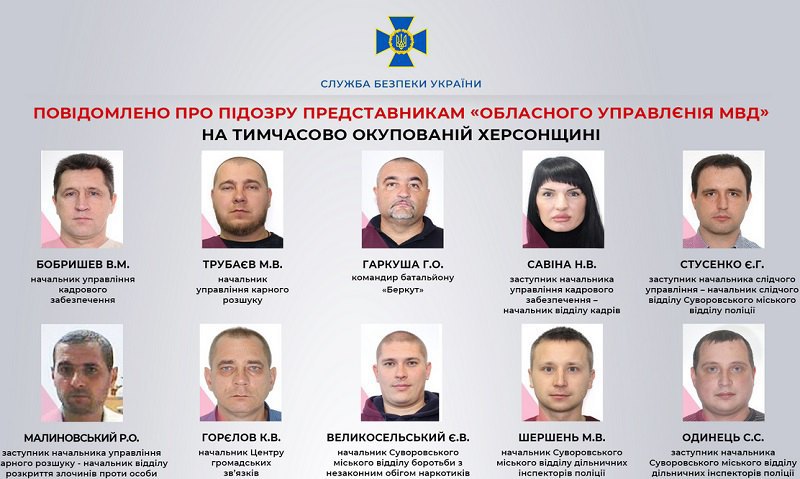