The secretary of the National Security and Defense Council Oleksii Danilov made a statement about the concentration of Russian troops near the borders of Ukraine.

During Halifax International Security Forum in Canada, the security council secretary held talks with the US top officials addressing the issues of security situation at the Ukraine’s border with Russia. 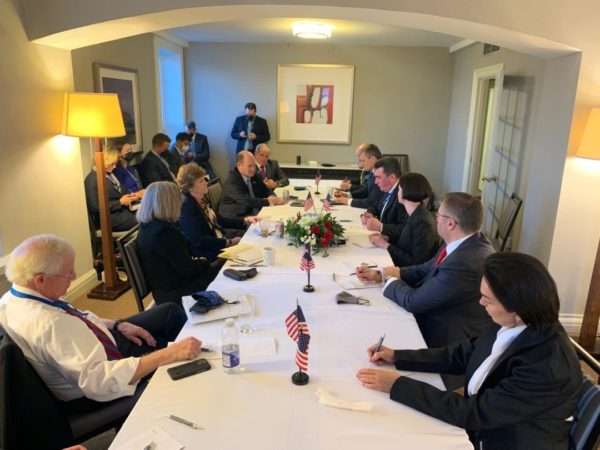 According to Danilov, ‘drawing troops to the Ukrainian border, Russia raises stakes for future talks’.

Ukraine’s security secretary added that Russia’s recent actions, including the publication of diplomatic documents in the media and testing of the latest satellite defense systems, ‘suggest that no rules exist for them’.

Danilov also said Ukraine is ready to give a decent rebuff to the aggressor in case of the aggravation of the situation in Donbas.

The latest statements from Danilov come in a stark contrast to his earlier claims when he was shrugging off warnings of Russia military moves on the Ukrainian borders.