After the secretary of the National Security and Defense Council Oleksii Danilov stated the judiciary in Ukraine is dangerous, the Supreme Court responded with a meme.

In an interview to ‘RBK-Ukraine’ media, Oleskandr Danilov launched a scathing verdict on Ukrainian courts calling them   ‘a corporation’ that pose ‘no less of a threat’ than the oligarchs.

‘The judicial corporation with its rules and relations is no less dangerous for our country than the oligarchs. They can postpone, raise, accelerate or slow down any case’, the state security council secretary claimed.

He also said case law analysis is non-existent in Ukraine.

Danilov’s criticisms drew a prompt response from Ukraine’s Supreme Court that posted a meme on Facebook arguing that it has ‘consistently defended the rule of law, democracy and human rights’. 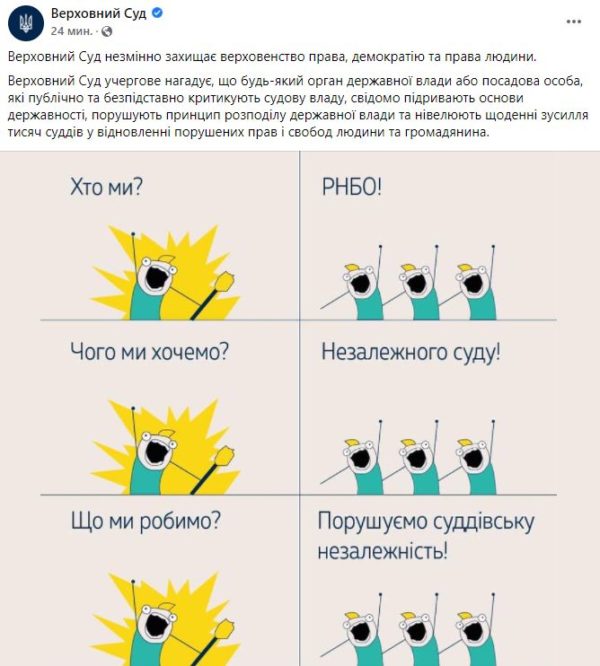 In the same interview, Danilov also spoke in favor of a presidential republic with extended powers.