Ukrainian activists rally in Kyiv, give shoutout to Western leaders for military aid 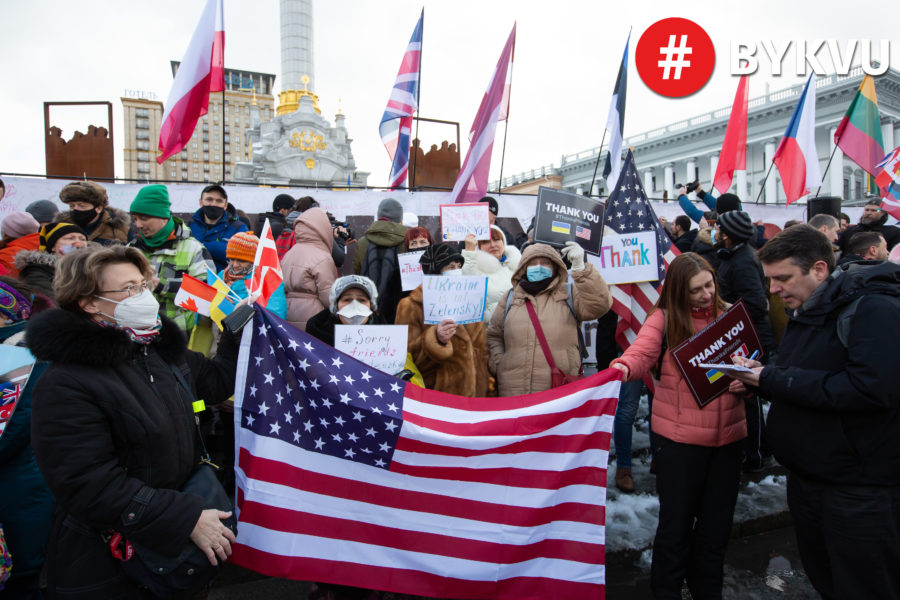 Ukrainians gathered at the Independence Square in Kyiv  to give a shoutout to Western goverments providing Kyiv military aid in the face of Russia’s aggression. 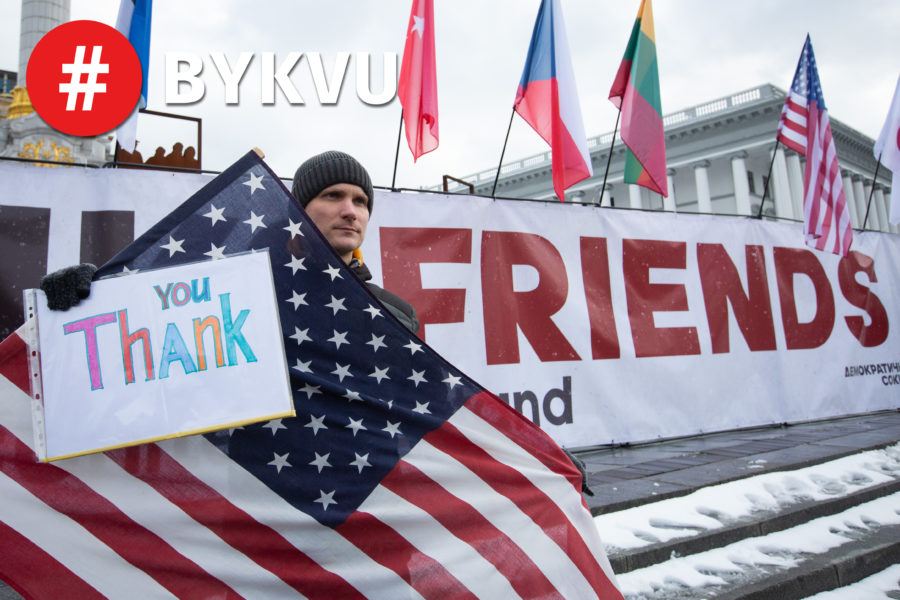 The event was staged by ‘Demokratychna Sokyra’ activists who argued that each new shipment of weapons will mean more losses for Moscow in the event of an invasion. 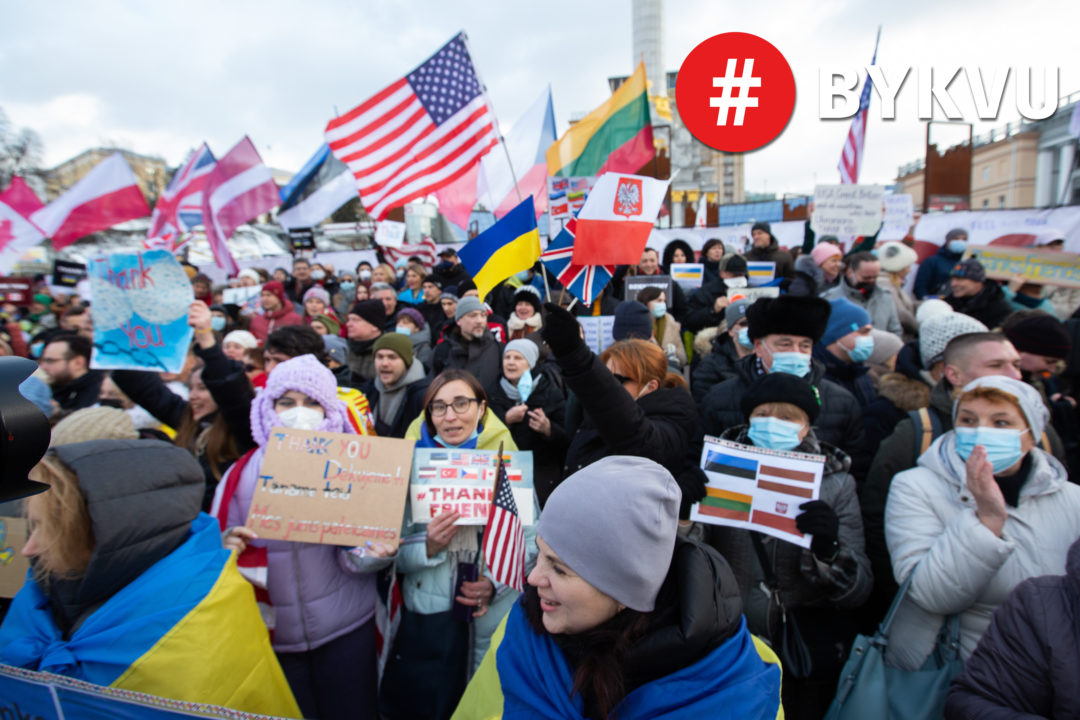 ‘We are grateful to the citizens of Great Britain, the United States, Poland, Estonia, Lithuania, Latvia, Canada, Japan, the Czech Republic, Denmark, the Netherlands, Spain and Turkey for helping Ukraine. We appreciate this help, and we want these people to see our gratitude’, said the organizers. 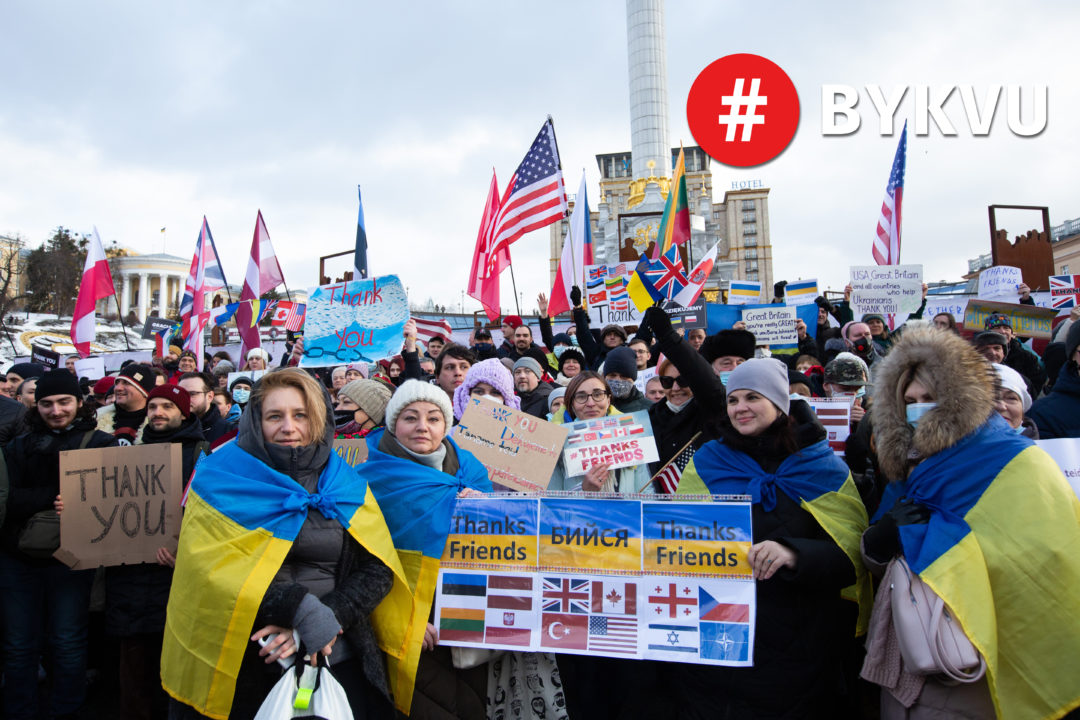 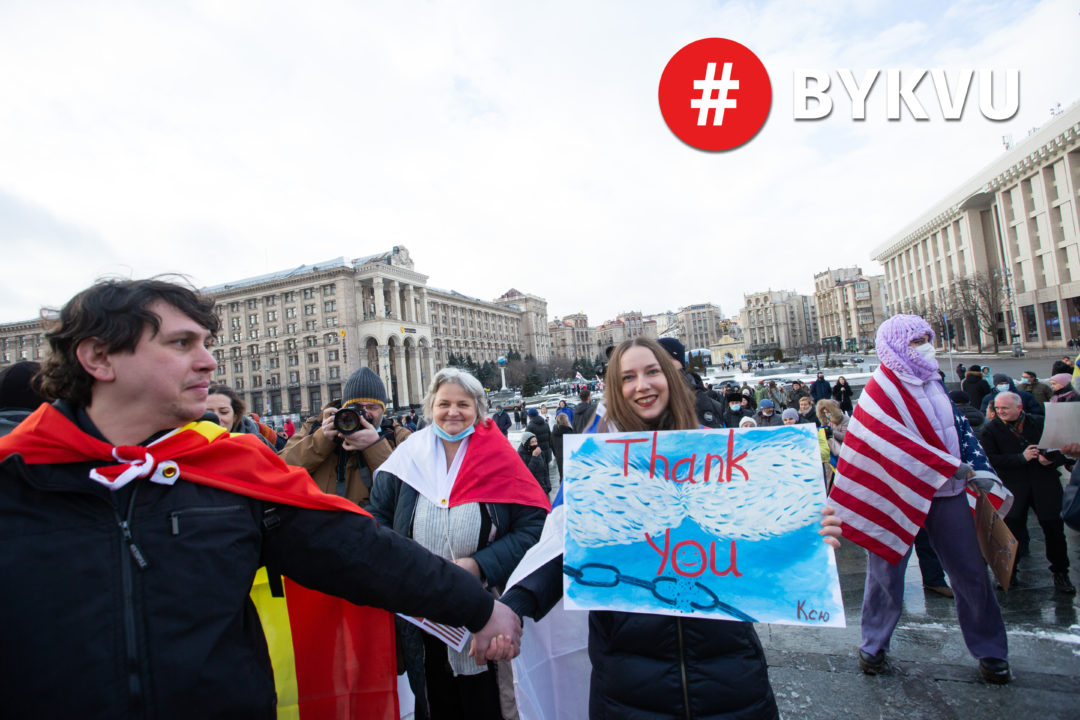 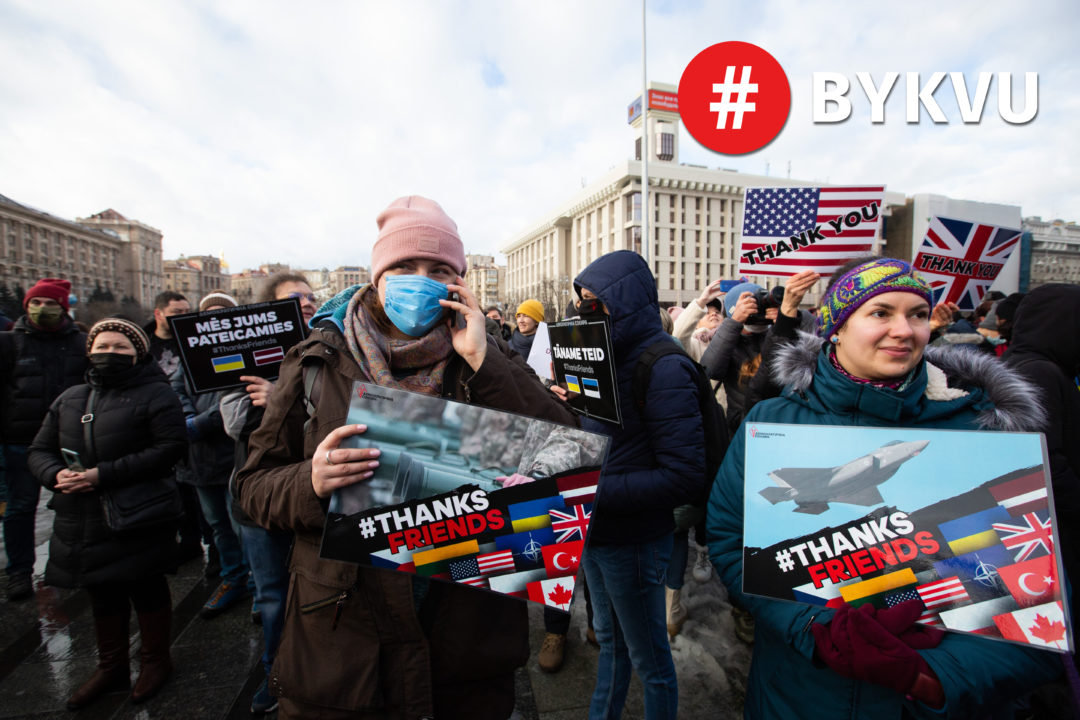 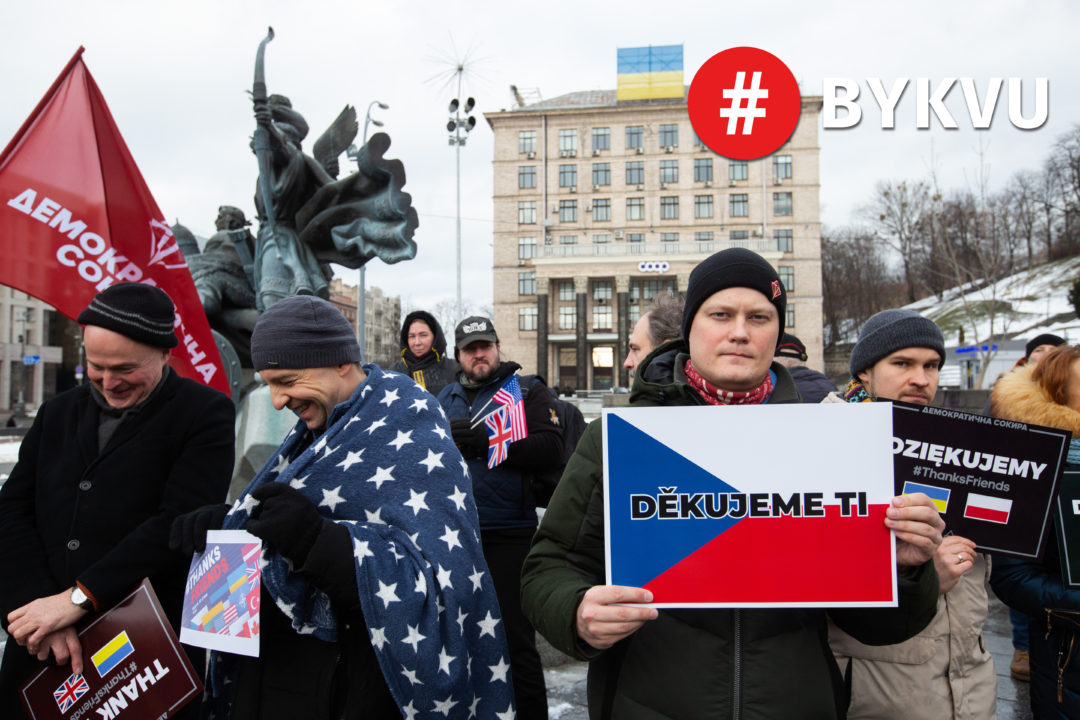 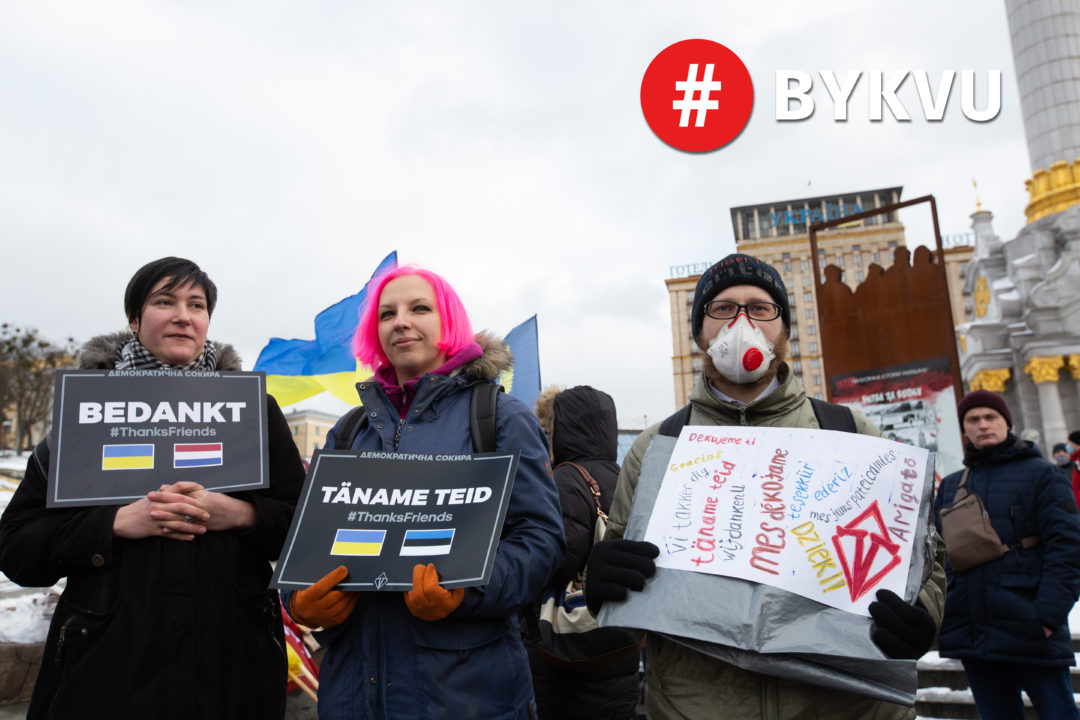 The rally participants carried flags of allying states and ‘thank you’ posters written in different languages. They also called out president Volodymyr Zelensky over his tepid reaction to mounting threat and remarks that are out of step with the postion of  Western leaders. 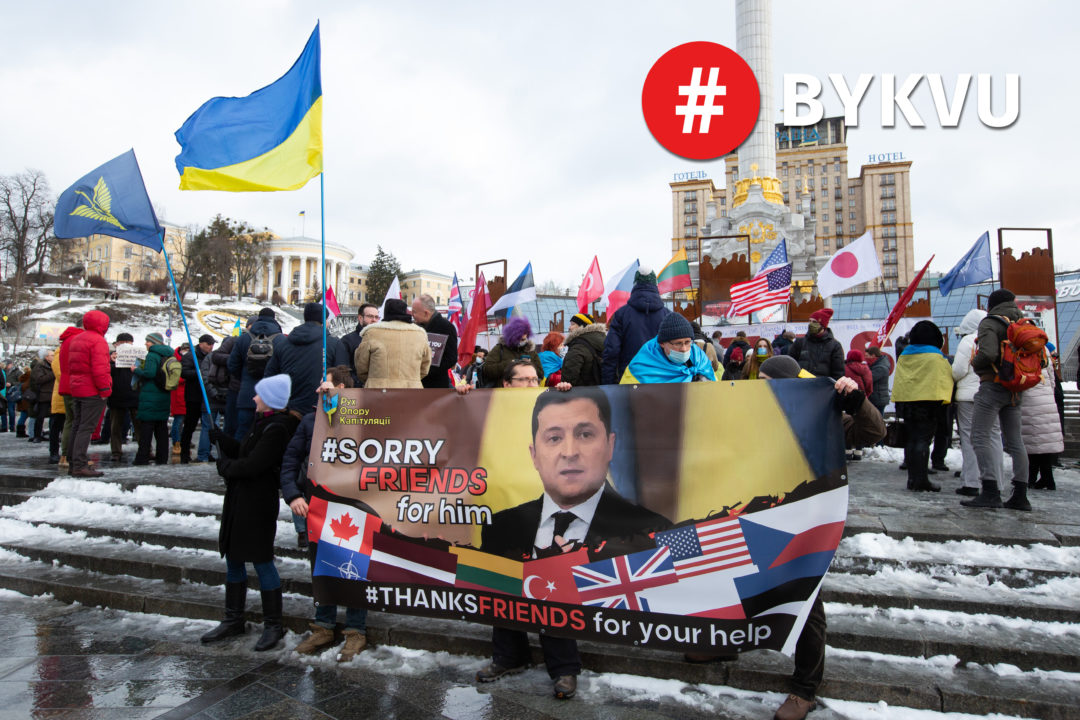