Ukraine is in a rush to fence the border with Belarus and Russia as soon as next year alarmed by a migrant crisis in Belarus. 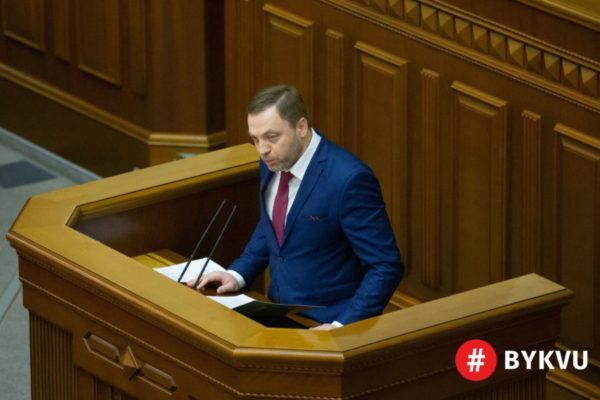 Migrants crisis in Belarus  keeps Kyiv on its toes scrambling for border security solutions, and the goverment officials claim that builing a border wall can fix the problem.

On Friday, interior minister  Denys Monastyrsky has called on Ukrainian legislators to make building a wall at Belarus and Russia’s borders part of next year’s goverment spending plan.

During Question Time at the Vekrhovna Rada , Monastyrsky said the  border fencing upgrade will cost ‘about 17 billion hryvnas’ helping to stop the gaps in several border locations.

‘Finance ministry confirmed they are ready to allocate 17 billions’.

The minister stressed urgency of the measure arguing ’ it comes among top priorities’ for Ukraine.

The wall project details remain thin as Monastyrsky talked about fencing the borders that run over 2 thousand kilometers.

The government has set up a coordination crisis committee and plans to hold an exercise in 2 weeks to train law-enforcement and military personnel to address unauthorized mass cross-border movements, added the minister.

‘To protect the state border we will use  echelon cover tactics’, which involves several lines of security and allows use of special gear and arms once the situation spiral out of control threatening lives.

Relations with Minsk have been far from smooth and hit the new low  earlier this year amid a diplomatic row over the arrest of  Belarus opposition activist Roman Pratasevych.