Ukraine to team up with the US big tech giant for 2023 census, – Volodymyr Zelensky

The Ukrainian president unveils an ambitious census plan to be realized in partnership with Apple company.

On Tuesday, the Ukrainian president took to Twitter to break the news Kyiv is going to team up with Apple company for a Ukrainian census.

‘I am proud that Ukraine will be the second in the world to conduct a census in collaboration with  Apple’. An important Memorandu of Understanding was signed today between Ministry of Digital Trasnformation and this technological giant. Digitazation is an unconditional priority for our state’. 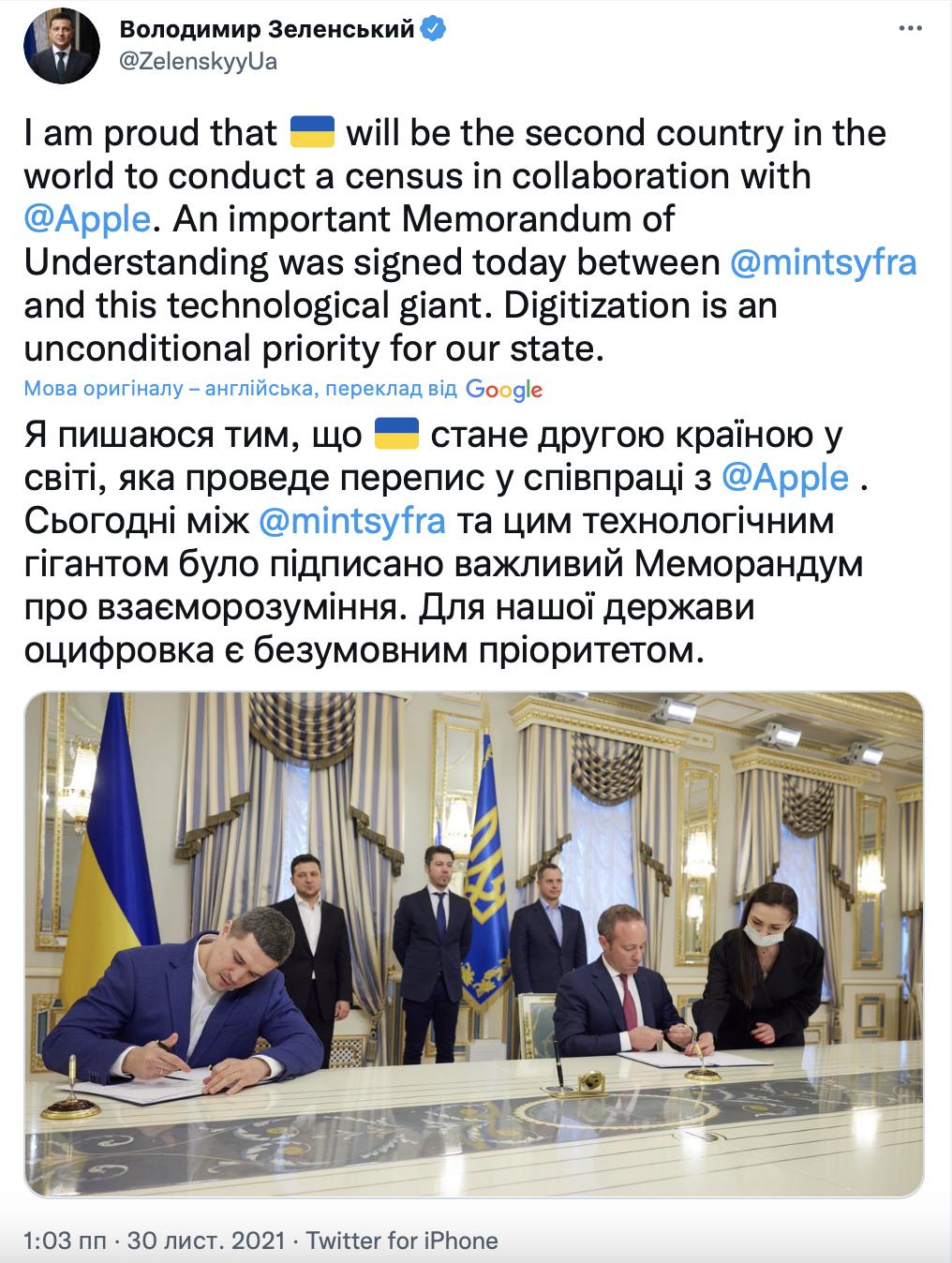 Earlier this year, Ptoukha Institute for Demography and Social Studies population projection showed the upcoming census will stand at some 38 million people with the count excluding residents of occupied Crimea and Donbas.

The trial census run on Dmytro Dubilet initiative in 2019 produced the figure of about 37,289,000 people.

It should be noted that the Ukrainian government is set to spend extra 14 billion hryvnas on infrastructure and digital transformation projects in 2022.