The new mix-and-match approach is allegedly set to generate the more robust response in your immune system.

The new guidelines made effective Tuesday  say the first CoronaVac dose can now can be followed by either AstraZeneca or Pfizer or Moderna.

If the first dose was AstraZeneca, the second one can be either Pfizer or Moderna.

And if you started with Pfizer or Moderna, you should opt for AstraZeneca for the second dose.

The policy earlier vetted by Ukrainian officials made it possible to mix-and-match mRNA vaccines like Pfizer and Moderna, and recommended  the first viral vaccine, say AstraZeneca, be followed by any of mRNA vaccines.

Ukraine’s chief sanitary doctor Ihor Kuzin was quoted as saying that ‘if it is CoronaVac vaccination, then after its first dose, when  you get a dose of some alternative [vaccine], it is much like you try an experiment on yourself’.

As of January 12, about 48% of Ukrainians have got at least one dose of a Covid vaccine with the highest vaccination rates reported in Kyiv, Poltava, and Dnipropetrovsk regions. The vaccine uptake is still an uphill battle for medical workers in western rUkraine where Zakrapattya, Ivano-Frankivsk and Chernivtsi remain among the regions with lowest vaccination rates. 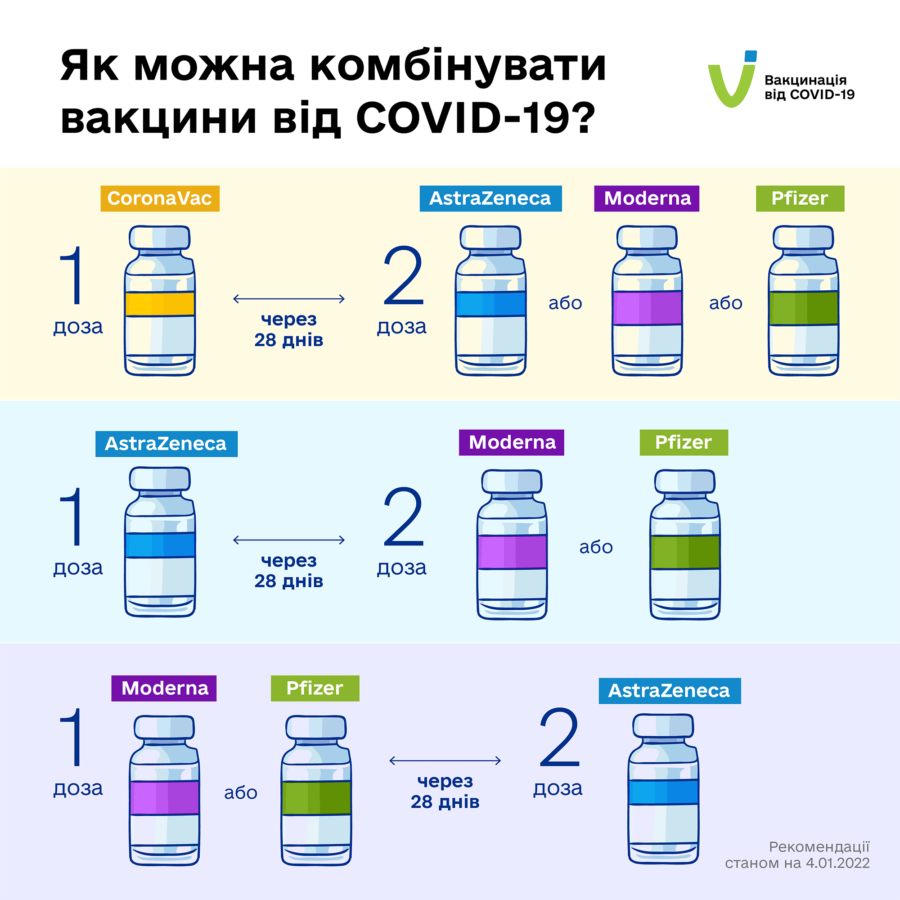