Victoria Spartz, the only Ukrainian-born lawmaker in the US Congress, fired back at another prominent Republican Marcy Kaptur over her claims Spart’s criticims of  Zelensky’s top aide Andriy Yermak earlier ties to Russia comes as ‘reckless’ aid to Moscow amid its ongoing invasion in Ukraine.

In her scathing response on Twitter, Spartz who recently visited the war zone in Ukraine, wrote:

‘Before Rep.Marcy Kaptur makes her tought claims, she should go to Ukraine and see what’s happening on the ground- at least once. Marcy, listening to bureaucrats in the pocket of Andriy Yermak serves no one but the Kremlin.’

The exchange of words came after Spartz released a letter to the US president on July 8, asking  asking Biden to brief Congress about Andriy Yermak’s ‘alleged dealings in connection with Russia.’ 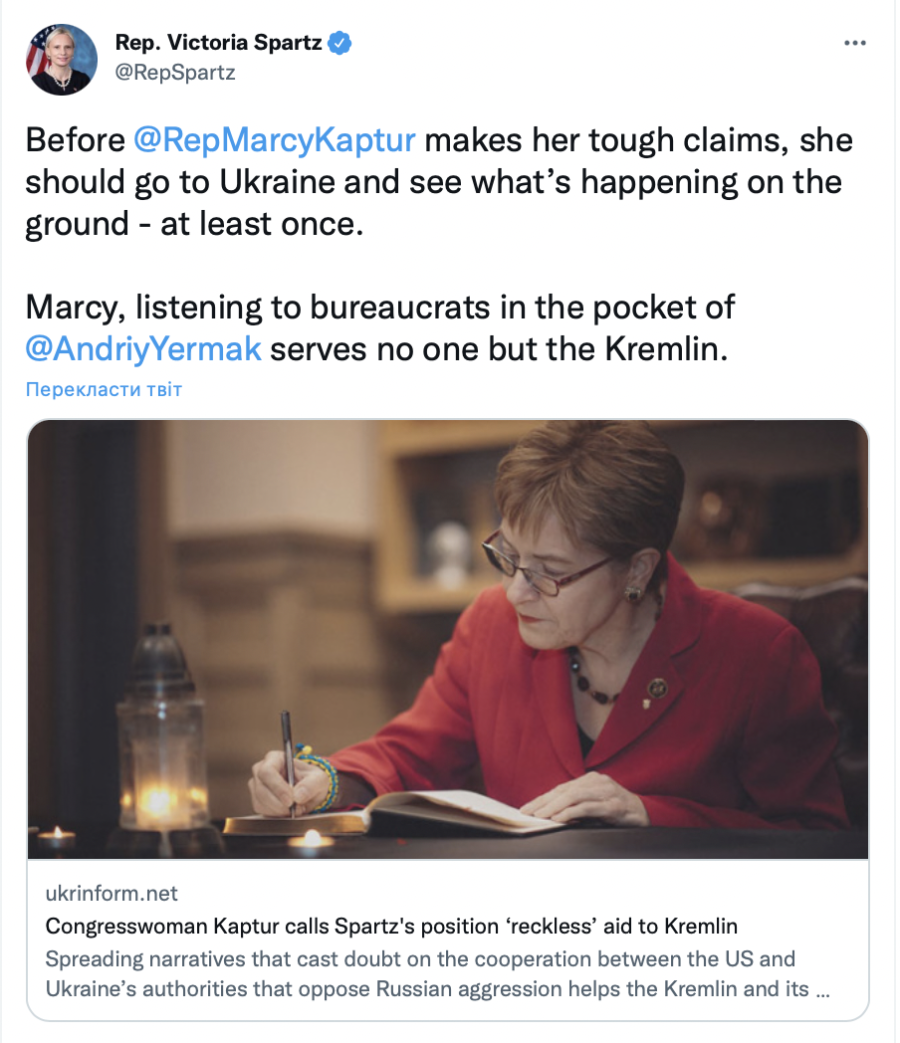 As an avid supporter of Ukraine, Sparts called for ‘rigor and accountability to the American people’ in the face of the aggression, urging ‘speed’ of security assistance from Washington and so ‘urgently needed’ by Kyiv.

Among the allegations that clearly rattled many in Kyiv and Washington, the congresswoman  cited:

The criticism got a knee-jerk reaction from Ukraine’s foreign ministry. ‘We advise Ms. Spartz to stop trying to earn extra political capital on baseless speculation around the topic of war in our country and the grief of Ukrainians,’ Oleg Nikolenko, the spokesperson for Ukraine’s Foreign Ministry, said in a statement on Facebook. ‘Especially cynical are manipulations about Ukraine and its leadership from congresswomen of Ukrainian origin.’