The move followed the news on ‘Naftogaz’ suffering 19 billion losses.

Andriy Kobolev was  at the helm of ‘Naftogaz’ since 2014. The sacked CEO  informed in his Facebook statement that he was not aware of dismissal and had learned about it from news. 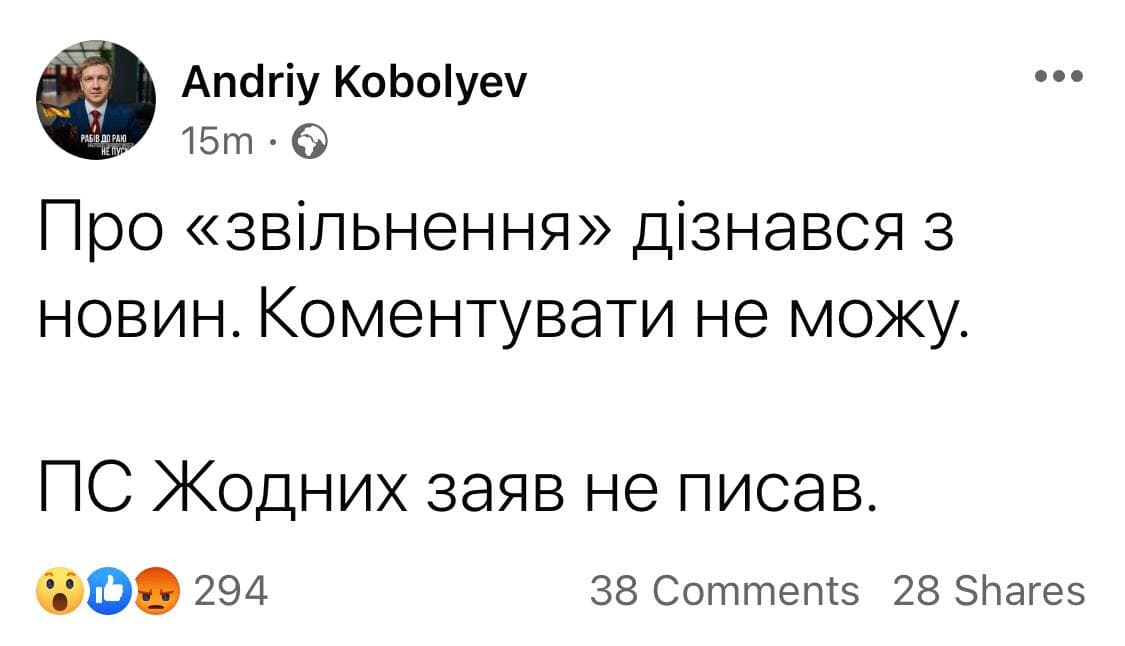