The journalistic investigation of ‘Slidstvo.Info’ and ‘Rise Moldova’ revealed the evidence pointing to Ukraine’s law-enforcement agencies’ involvement in kidnapping and removing the fugitive judge Mykola Chaus from Moldova.

The former Ukrainian judge  seeking political asylum in Moldova  was allegedly taken back to Ukraine and his whereabouts are still unknown,  claimed Moldova’ investigative officials.

The reporters inform that Moldova’s police are now investigating the alleged involvement of about two dozens of the Ukrainian nationals in Mykola Chaus abduction scheme. The two of the alleged kidnappers, are reportedly linked to Ukraine’s Chief Intelligence Directorate.

The revealed evidence from Slidstvo.Info and RISE Moldova shows that Yuriy Kovalenko came to Moldovan in mid-March and stayed in one of Chisinau’s hotels. He rented a red ‘Hyundai’ car that, unbeknownst to him, had a tracking device. This would later helped Moldova’s investigators to trace all his routes.

The car route history revealed that a few days prior to the  kidnapping Kovalenko had stopped by the Chisinau’s apartment of Mykola Chaus and stayed there for several hours.

Yuriy Kovalenko left Moldova on March 21 but soon, in three days, came back. The journalistic investigation found another Ukrainian who entered Moldova at about that time. He was identified as Andriy Kutsenko who supposedly came on the false passport and is believed to be linked to Ukraine’s intelligence service.

The GPS tracker history of Yuriy Kovalenko’s rented car also logged his regular trips to Chisinau’ wine shops. The journalistic investigation says it can’t claim that it was of relation to the plot.

Mykola Chaus was reportedly kidnapped by the men who came in the old “Ford”. Moved for several times to different cars, Mykola Chaus ended up in the car owned by Ukraine’s Embassy in Moldova. ‘Slidstvo.Info’ and ‘RISE Moldova’ reporters obtained the recordings of the surveillance cameras at the Moldova’s border town of Otaci.

In the obtained footage the car with the diplomatic plates is seen coming to the border checkpoint at 15:30 and leaving it at 15:40.  The man driving the car was identified as Serhiy Smetanyuk, the military attaché of the Ukrainian diplomatic mission in Moldova.

In a few minutes time, two men stepped out of the car to cross the border on foot. those were Those were Yuriy Kovalenko and Andriy Kutsenko, who are allegedly linked to the Ukrainian intelligence. The journalistic investigation also managed to recover the video showing the two men bearing resemblance Yuriy Kovalenko and Andriy Kutsenko approaching  the border checkpoint. According to other reports, another group of the alleged kidnappers left Moldova on the same day. 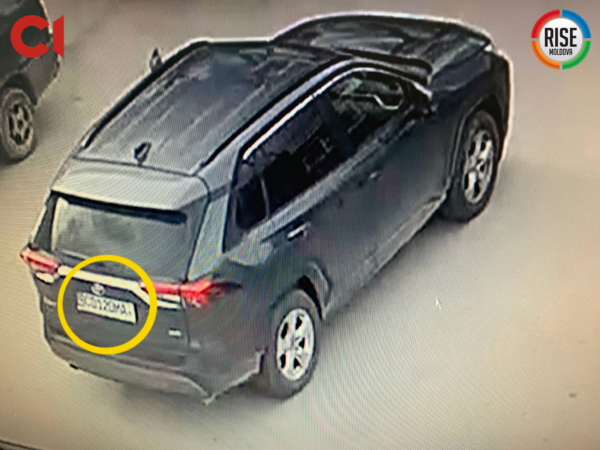 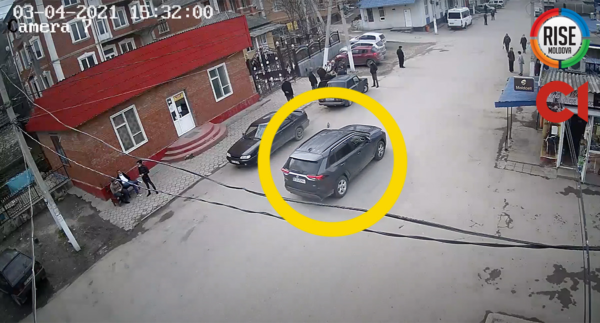 In his comments for the story, Kovalenko confirmed his March visit to Moldova yet failed to disclose the reason behind the travel. Kutsenko declined any comments and is alleged to have removed all his social media accounts.

The journalists tried to reach out to Smetanyuk for comments.  On hearing Mykola Chaus name, the diplomat abruptly ended the phone call.

The Ukrainian diplomats’ car that, according to Moldova’s official investigation was used to transport Mykola Chaus returned to Chisinau. This week, RISE Moldova journalists found the vehicle parked at Ukraine’s diplomatic mission. 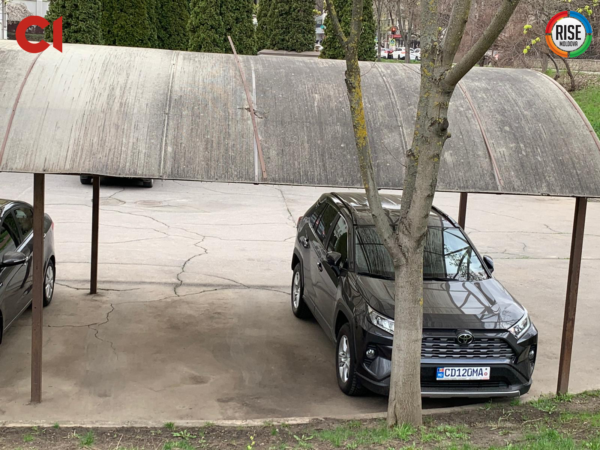 Shortly after Chaus kidnapping, Moldova’s official investigation identified the group of men who had allegedly been involved in this crime, and Serhiy Smetanyuk was on the list of suspects. Moldova sent a diplomatic note to Ukraine seeking removal of Smetanyuk diplomatic immunity that would allow enable use of the diplomat’s car for investigative actions.

Ukrainian diplomats have agreed to hold a ‘friendly meeting’ of Smetanyuk with Moldova’s investigation team on the condition it will take place on the premises of the Ukrainian diplomatic mission. Pledging support to cooperation of law-enforcement agencies of the two countries, Ukraine still denies its officials’ involvement in kidnapping and removal Mykola Chaus from Moldova.

You can learn more on Mykola Chaus story here