Maksym Krypak, a 26-year-old athlete from Kharkiv, set a world record in the 100-meter backstroke and became the leader among the 2020 Paralympics multi-medalists having 6 awards. 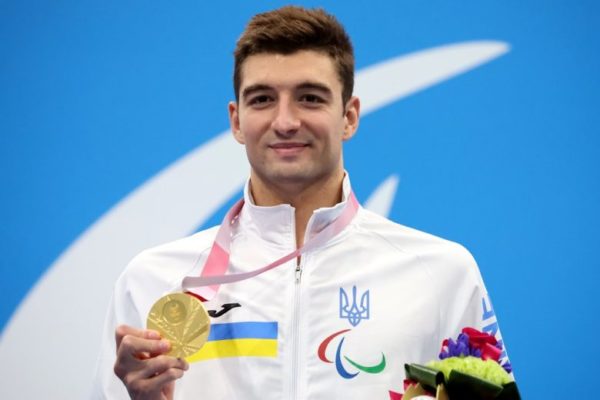 Krypak won the 100-meter backstroke in class S10 with a result of 57.19, two seconds ahead of Italian Stefano Raymond.

The Ukrainian surpassed Igor Bokiy of Belarus who has 5 gold awards.

Ukraine finished the first day at the Paralympic Games in Tokyo in the top five.Ukrainian athletes won eight medals: one gold, five silver and two bronze.

On August 27, the third day, Ukraine won 13 medals and remained in the top ten.

The fourth day brought Ukraine 12 medals taking the country to the top five.

On August 29, the fifth day of the Paralympics, the Ukrainian team won two gold, five silver and two bronze medals.

On the sixth day, the Paralympic team of Ukraine won 2 gold, 5 silver and 4 bronze medals.

The Ukrainian swimmer won the competition with a world record.

On the seventh day, Ukrainians got 13 medals and stayed in the top five of the medal standings.

The eighth day of the Games have already brought Ukraine athletes two medals in bullseye shooting.