The news comes amid reports of possible energy shortages Ukraine is experiencing.

Russian news outlets cited spokesperson for the so-called LNR Maria Kovshar who claimed Ukrainian side has requested to consider energy and coal supplies from Donbas to Ukraine that came at the meeting of the Trilateral Contact Group economic section.

The Russian media eagerly picked up the story complementing it with a comment from the so-called LNR ‘foreign minister’ Vladislav Deynego who said they were ready to negotiate the issue. 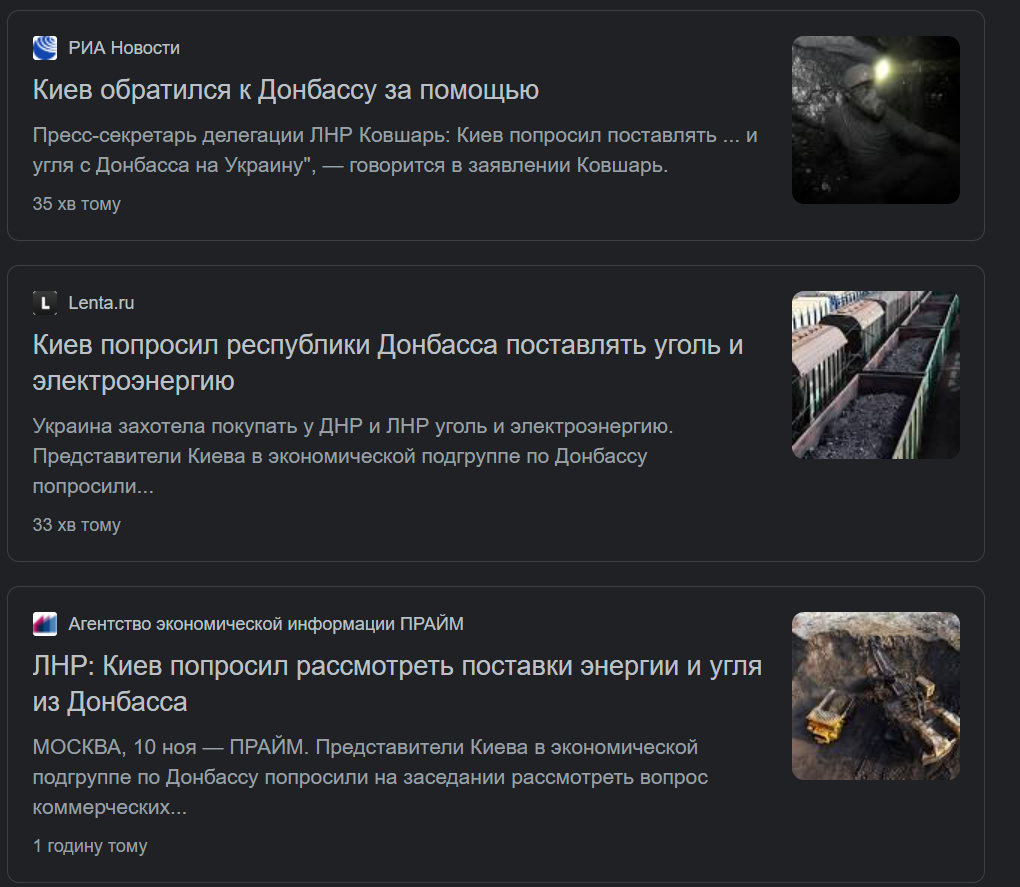 The story drew criticism from Ukrainian officials. Kyiv representatives in the TCG argued the issue was brought up in relation to the Luhansk thermal power plant that was facing emergency shutdown after Russia blocked coal supplies.

The plant is located in the separatist controlled area and its shutdown could disrupt operation of the water supply system leaving Ukrainian citizens in the occupied territories without water.