Ukrainian opposition MPs put up signs in parliament, call out Zelensky over scandals

Opposition MPs stunt was set to remind the Ukrainian president of his role in offshore deals exposed by Pandora Papers and botched Wagner mercinaries capture.

Several bad signs for Zelensky in the parliament.

As the Ukrainian president was making a speech in the parliament ahead of the vote on a new defense minister Thursday, several opposition MPs  put up  signs calling out Zelensky over his last scandals.

The signs read  ‘Ze-offshore. Return $40 million you stole with Kolomoysky’ and ‘Ze, why did you botch Wagner mercenaries capture’. 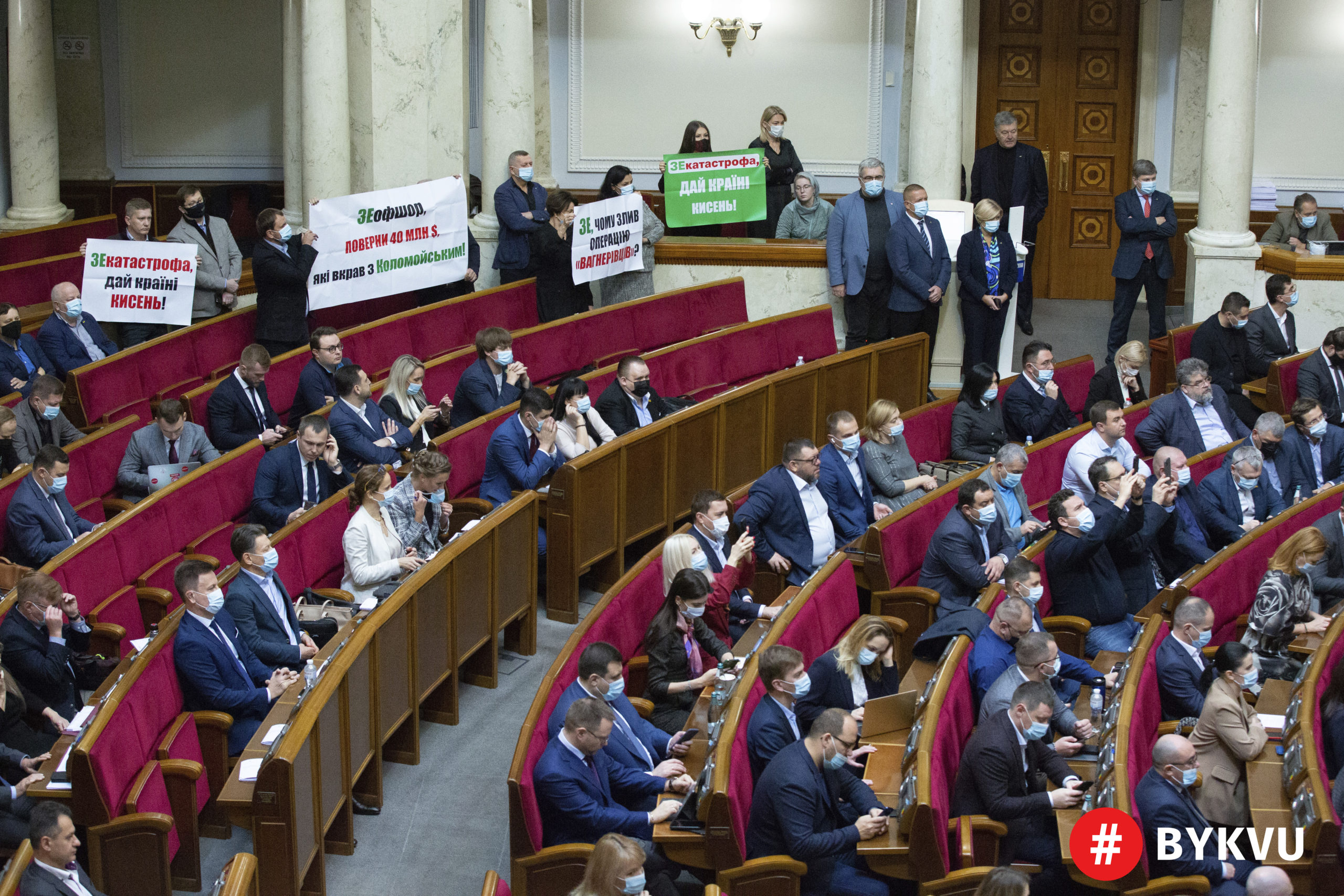 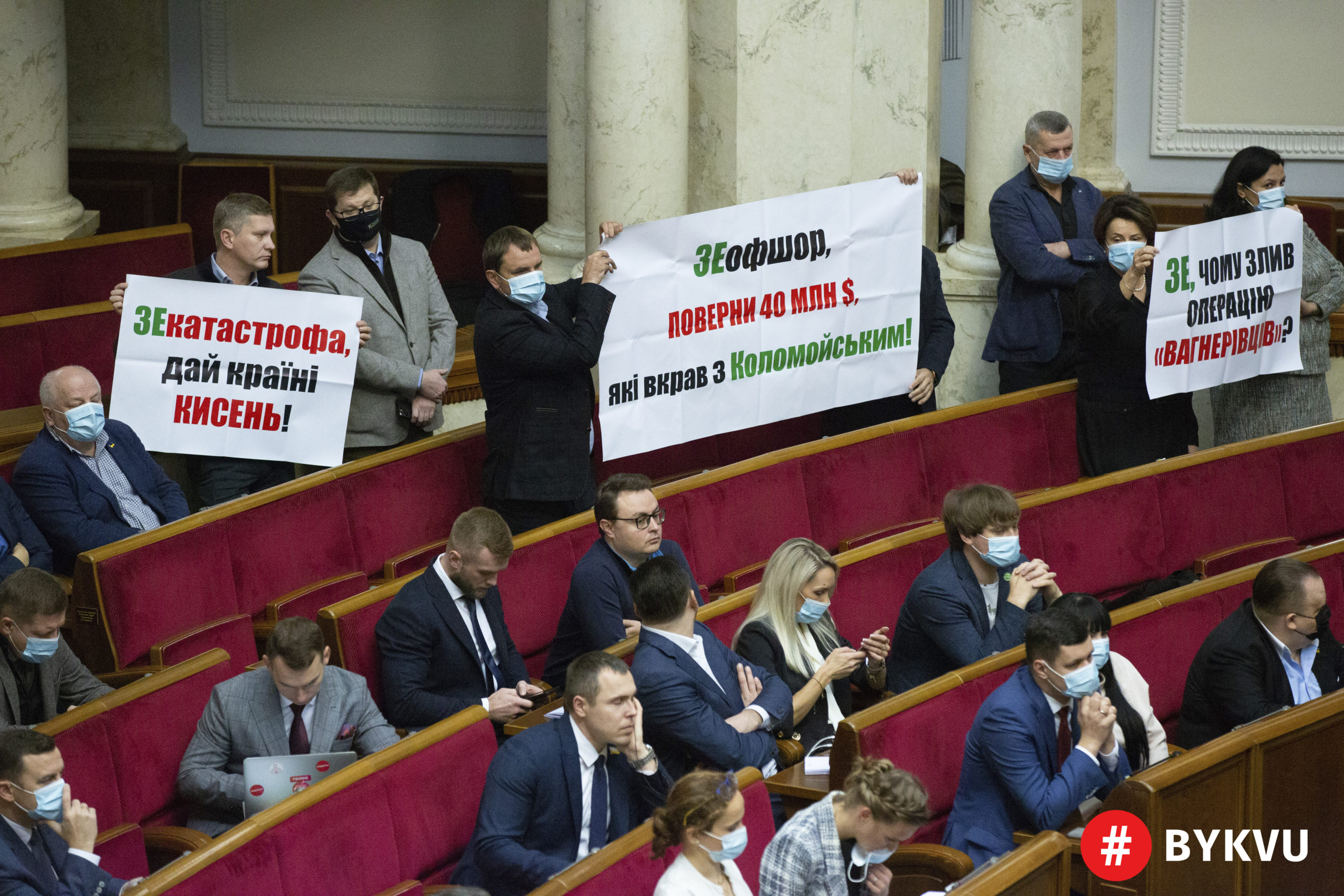 The signs drew the ire of the parliament speaker Ruslan Stefanyshyn who claimed they violate the parliamentary rules and are not ‘welcome’. 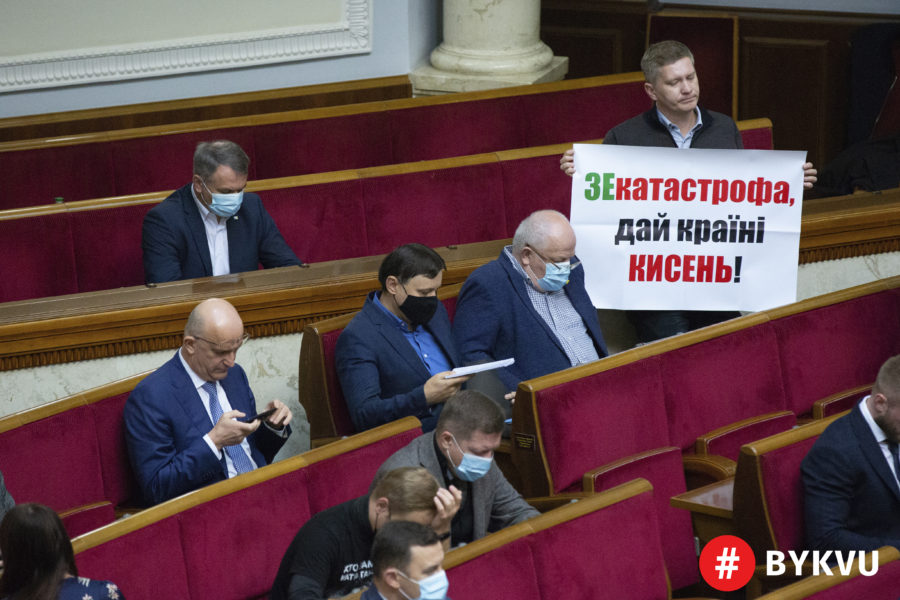 Ukraine features prominently in Pandora Papers investigation with almost 40 Ukrainians named among politicians and businessmen from dozens of countries who used offshore companies  for questionable deals and property acquisitions.

Pandora Papers investigation alleged the Ukrainian president Volodymyr  Zelensky and his close circle were linked to questionable financial schemes while using offshore companies in the British Virgin Islands to manage their undeclared assets.

Ukrainian officials sought to downplay the fallout from scandal while the state chief prosecutor called into question ‘credibility’ of the media report.

In October, the Ukrainian president admitted his companies earlier used offshore havens calling it ‘necessity’ to shield the business from Viktor Yanukovych regime