The low-paid janitor asked people on social media to help him raise $700 dollars to cover travel costs to the EAE where jiu-jitsu world championship was held. 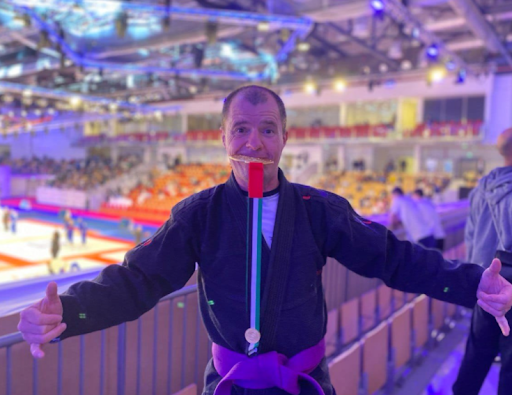 A 48-years old  amateur and virtually a no-name, who according to  his own words, ‘came from the streets’,  took on the world of martial arts mere 6 years ago. He soon set the martial arts scene abuzz winning medals in  jiu jitsu contests across Ukraine and Europe.

Yevtushenko caught media attention  in September – the sweeper and a part-time martial arts instructor took to social media asking people to help him ‘find 700 US dollars’ to cover travel costs to  the upcoming world championship in the UAE.

In just two days the crowd-funding effort raised the required sum  for Yevtushenko with  ‘donations coming from Kherson, all Ukraine, and even from abroad’.

His ‘from-sweeps-to-medals’ story was picked up by Ukrainian media turning him into a local celebrity.

Earlier this month, the martial artist said he was going to start his own school offering  classes in jiu-jitsu to kids, noting that training will have no age restrictions as his own example shows it is never too late to learn.. and win.