In a referendum, among those who decided on a geopolitical choice, a majority of Ukrainians would vote against Ukraine’s accession to the Customs Union.

Kyiv International Institute of Sociology conducted a survey in June. 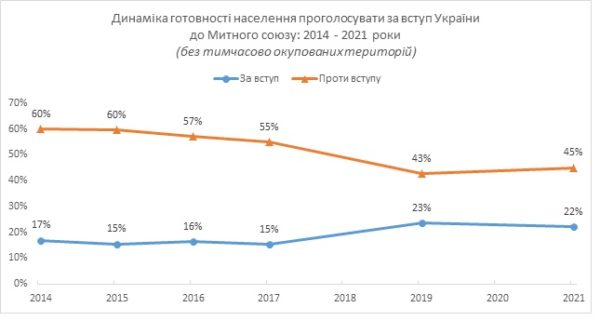