Almost 85% Ukrainians do not believe direct Zelensky-Putin talks will help to have Crimea back.

The recent poll shows more than half Ukrainians see no point in Zelensky’s going into direct talks with Russia’a leader Vladimir Putin without backing from the West. 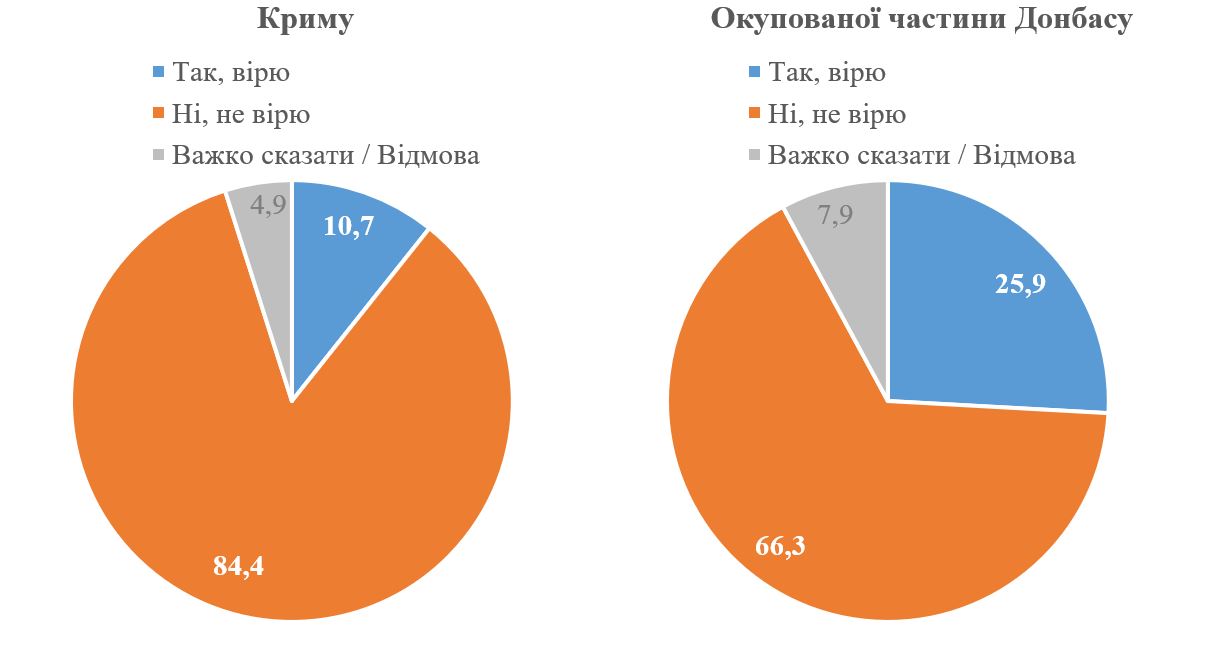 Meanwhile, almost 40% of respondents oppose any concessions to Moscow and say caving in to Vladimir Putin’s  demands will weaken Ukraine’s security and embolden Russian agressive policies.

The poll involved 1203 respondents from regions of Ukraine. The statistical sampling error does not exceed 3%.