Millions of Ukrainians starved to death amid the campaign of terror and man-made famine orchestrated by the Communist regime in 1920 -1930s. 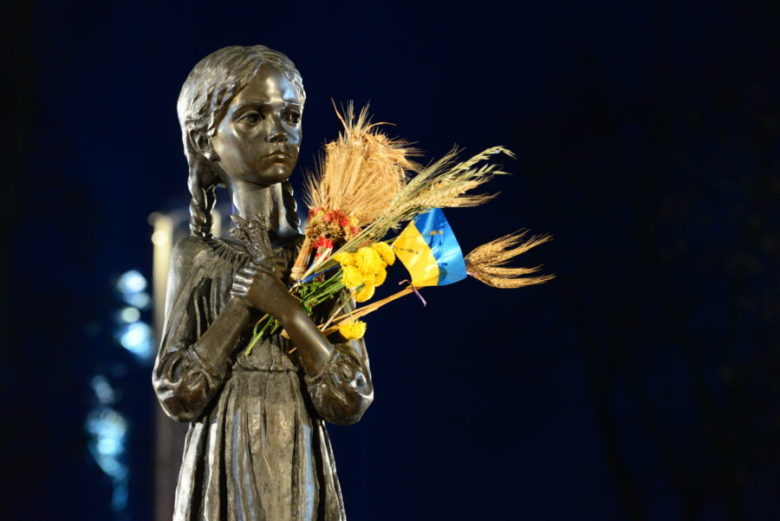 Kyiv joined other cities across Ukraine and the world to pay tribute to  victims of the Holodomor that claimed millions of Ukrainian lives.

On the day of remembrance hundreds of people gathered at Bitter Memories of Childhood memorial site. 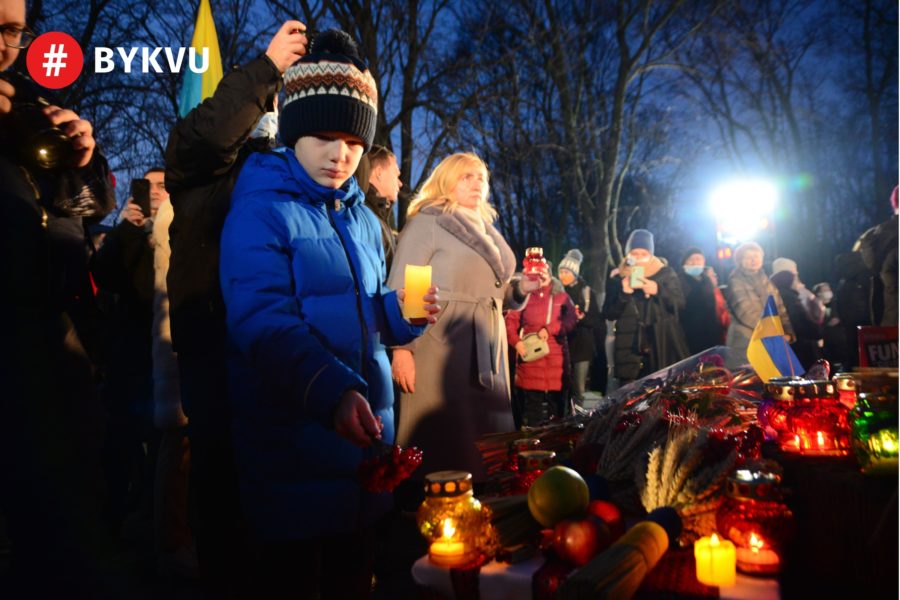 Wreaths and flowers were laid at the statue of a painfully thin young girl with  deep-sunk eyes that embodies suffering of Ukrainian people under the Soviet regime. 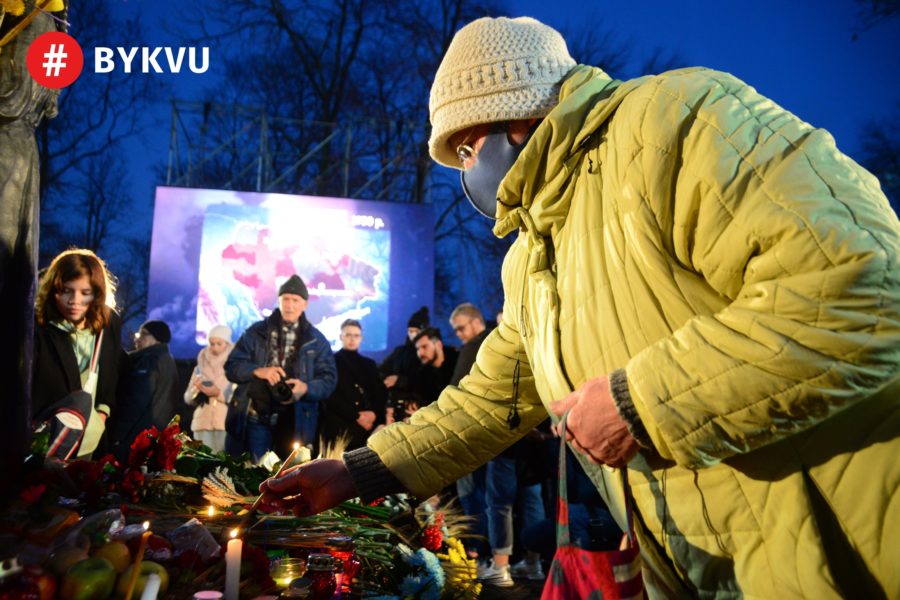 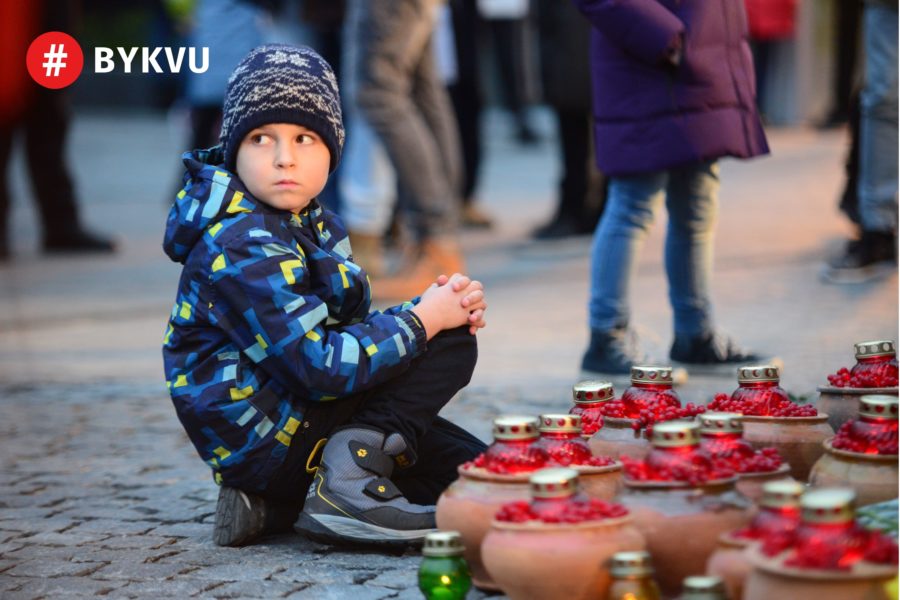 Orthodox Church of Ukraine held a traditional memorial service at the site led by Metropolitan Epiphanius. 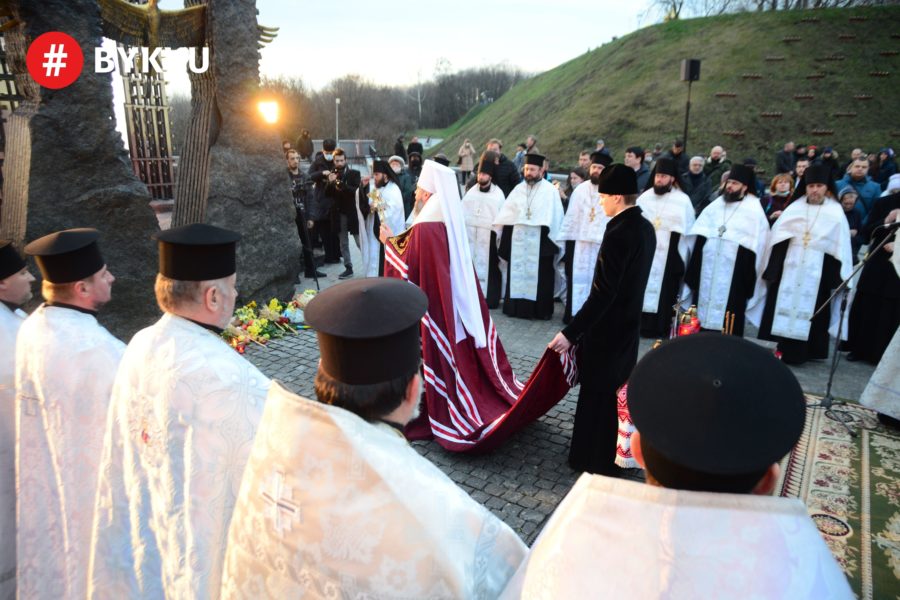 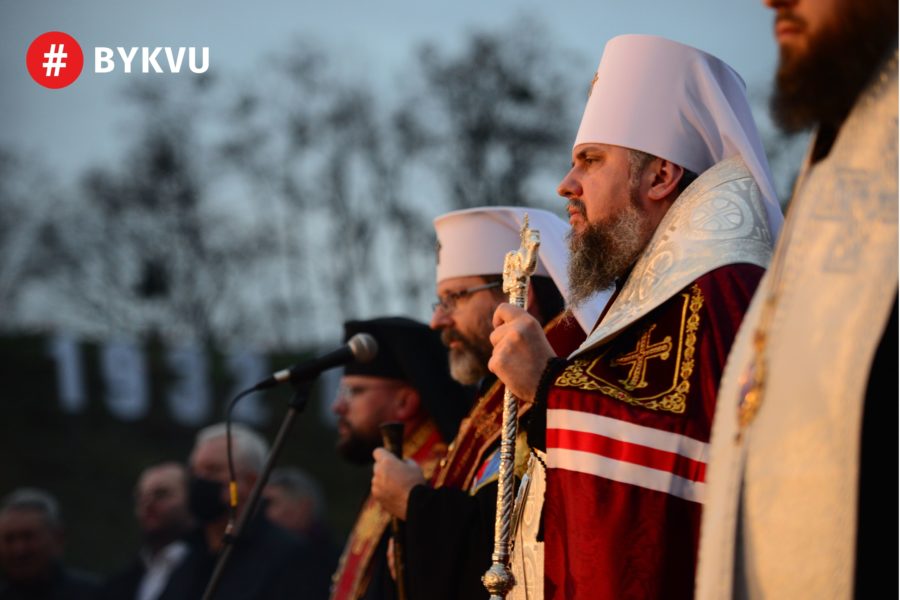 Holodomor Memorial Day was established in 1998 by the Ukrainian president Leonid Kuchma and is recognized nationally on the fourth Saturday of November, falling this year on the 27th.

On the day, Ukrainians light a single candle on their tables or windowsills, say prayers and observe a moment of silence in memory of lives lost to the famine.