‘US government is not currently considering evacuation of personnel’, – US Embassy Kyiv

The US Embassy to Ukraine states they are not currently considering evacuation of the US citizens in the event of a Russian attack on Ukraine.

On December 7, CNN claimed that ‘the Biden administration is exploring options for a potential evacuation of US citizens from Ukraine if Russia were to invade the country and create a dire security situation’.

Later in the day, the US Embassy in Kyiv came up with a statement regarding the situation.

‘Contrary to news reports, the U.S. government is not currently considering evacuation of U.S. government personnel of American citizens from Ukraine’, the statement says, adding they are conducting normal contingency planning as they always do in the event the security situation severely deteriorates. 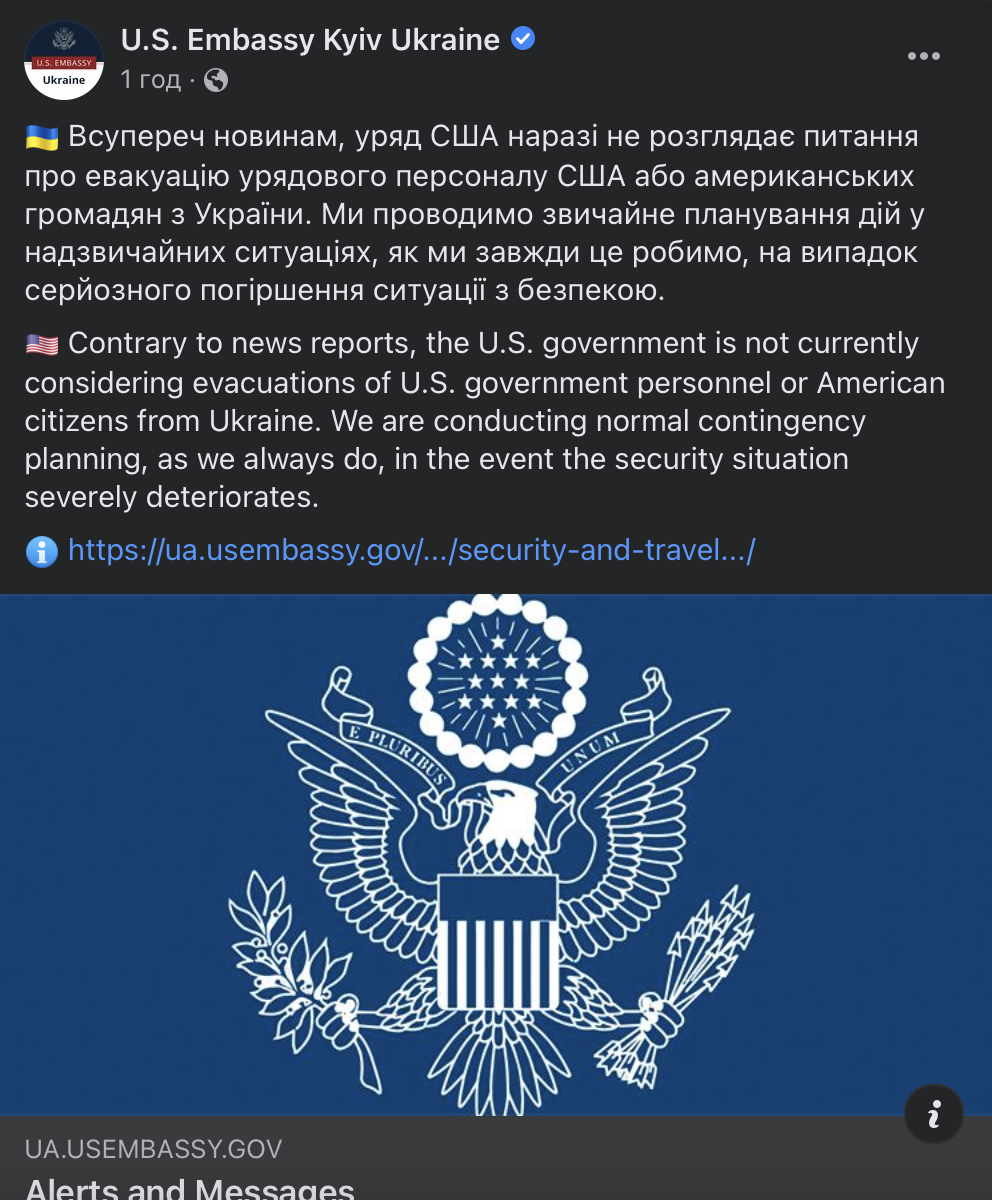 Tags: evacuation, Russian aggression, US citizens, US Embassy in Ukraine