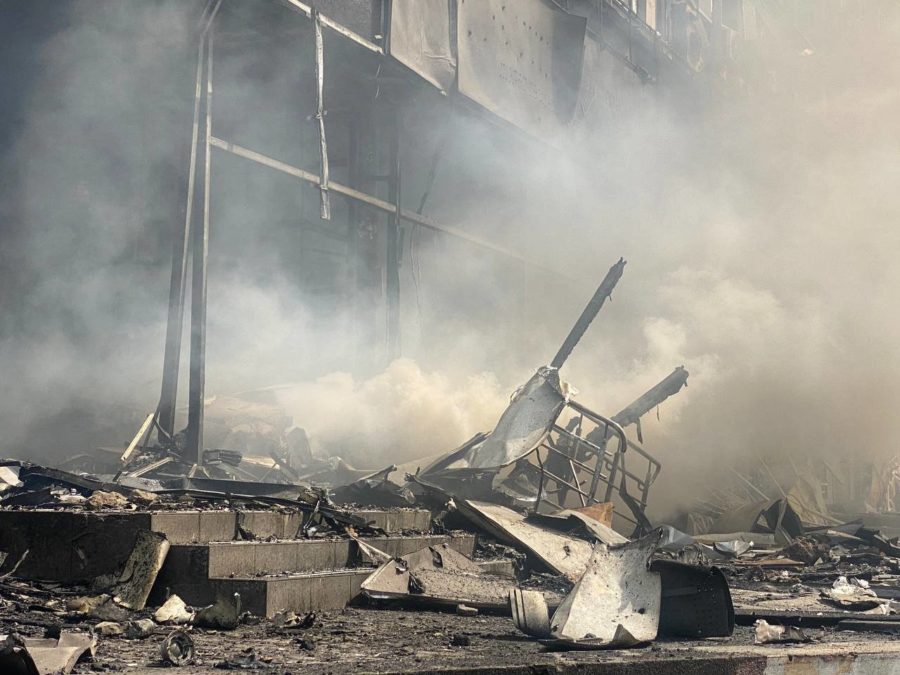 The death toll is rising after the brutal rocket attack hit the center of Vinnytsya on early morning Thusday as 21 people fell victim of three rocket strikes targeting a city in central Ukraine.

Ukrainian presidential advisor Kyrylo Tymoshenko came up with the  harrowing details, telling three kids were among the dead bodies recovered at the site of the attack.

In the latest update on social media, Ukraine’s state emergency service reported that there were at least 21 fatalities with 34 people were rushed to emergence rooms. The rescue operation is sill ongoing as there are at least 42 people who were reported missing.  The rocket strike damaged 55 buildings and 40 cars.

The sickening strike claimed a life of  4-year-old Lisa. Filmed hours before the attack pushing her pram in the city, the innocent girl with a Down’s sydrome was found lying in close to the blast sit spattered in blood dying from wounds. Her mother, Iryna, lost her leg and was battling for life in hospital.

Following the attack, President Zelenskyy wrote on Telegram: “What is this, if not an open act of terrorism?” while the city officials have announced a day of mourning in memory of the lives lost.