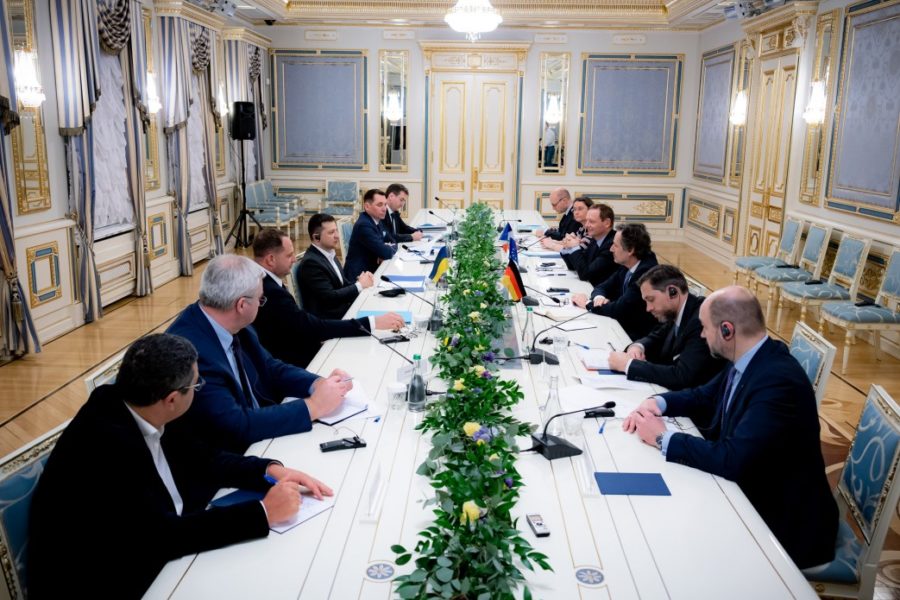 On Monday, the Ukrainian president met with  German Chancellor’s adviser Jens Plötner and French president’s adviser Emmanuel Bonn after their visit to Moscow on January 4, which is viewed by many as the EU diplomatic effort to salvage their role as mediators in Ukraine-Russia standoff in light of recent Russia-US talks.

In Monday meeting,  Zelensky and European envoys had  and ‘exchange of views on ways to intensify joint work within the Normandy format’, says Ukraine’s president office in a statement.

The Ukrainian president welcomed the efforts of European  partners trying to make earlier Normandy format agreements work stressing the importance of a new summit that could revamp the stalling process.

“It is time to agree in a substantive manner for ending the conflict, and we are ready for the necessary decisions during the new summit of the leaders of the four countries,” he said.

Ukrainian government is committed to the ‘peaceful settlement’ of  of the Russian-Ukrainian conflict, which has been seen stumbling as Russia stops short of attempts to reestablish full ceasefire and avoids  swap of captives and opening of checkpoints.

The parties agreed the advisers of Ukraine, France, and Germany will put heads together to fast-track organization  of the  summit of the Normandy Four leaders.