Protesters rally at Zelensky’s Kyiv official residence calling for his resignation over claims he was part of alleged leak scheme leading to failure of Ukraine’s intelligence operation. 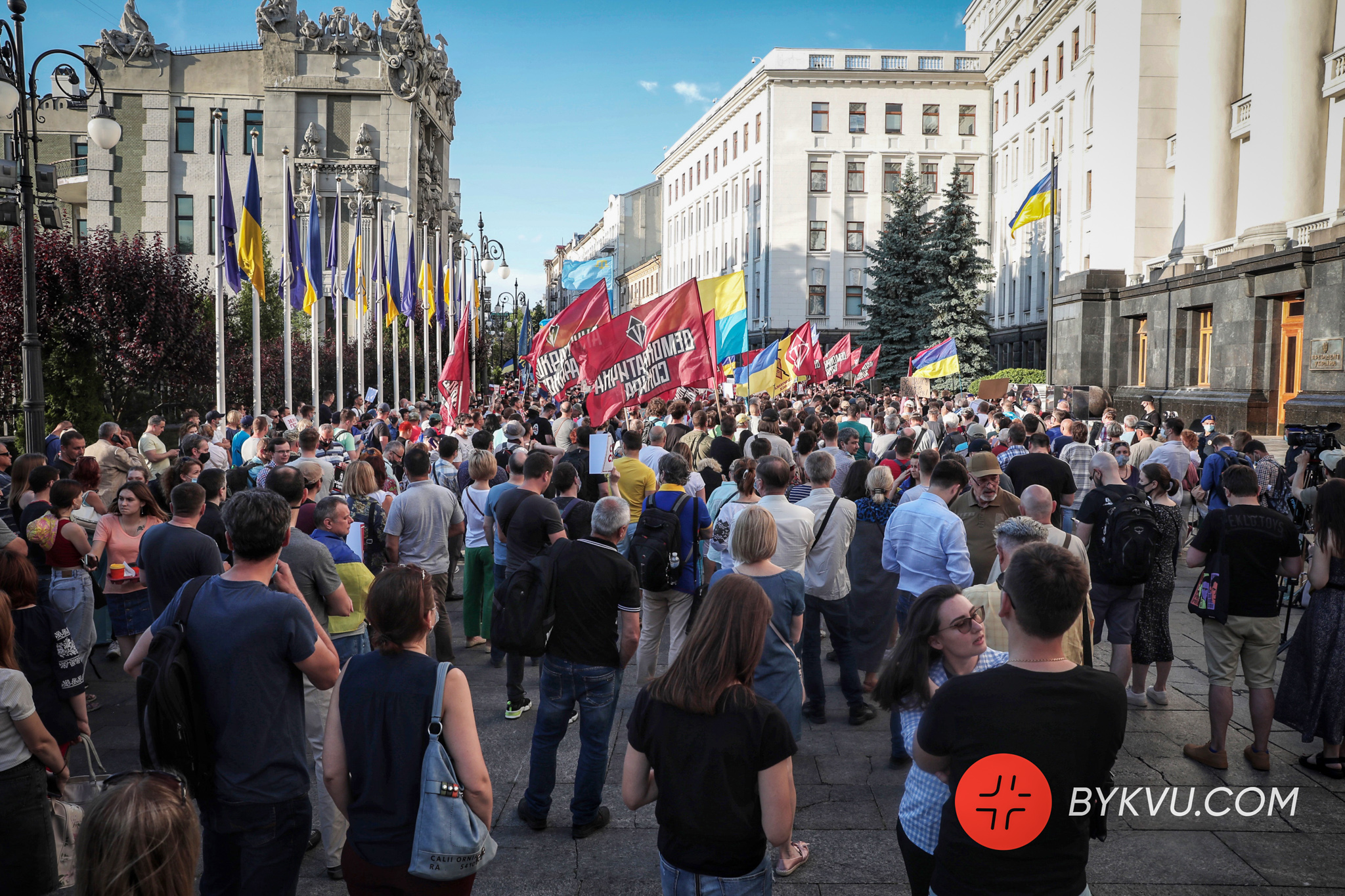 The protest at Bankova Street in Kyiv centre brought together several hundred protesters under the slogan ‘Zelensky will go to jail’.

Protesters were holding up signs calling for the president’s impeachment and trial.

Zelensky drew the ire over his recent interview for ‘1+1’TV channel where he admitted revealing the information to Belarus president on Ukraine’s intelligence operation set to capture Wagner military contractors. 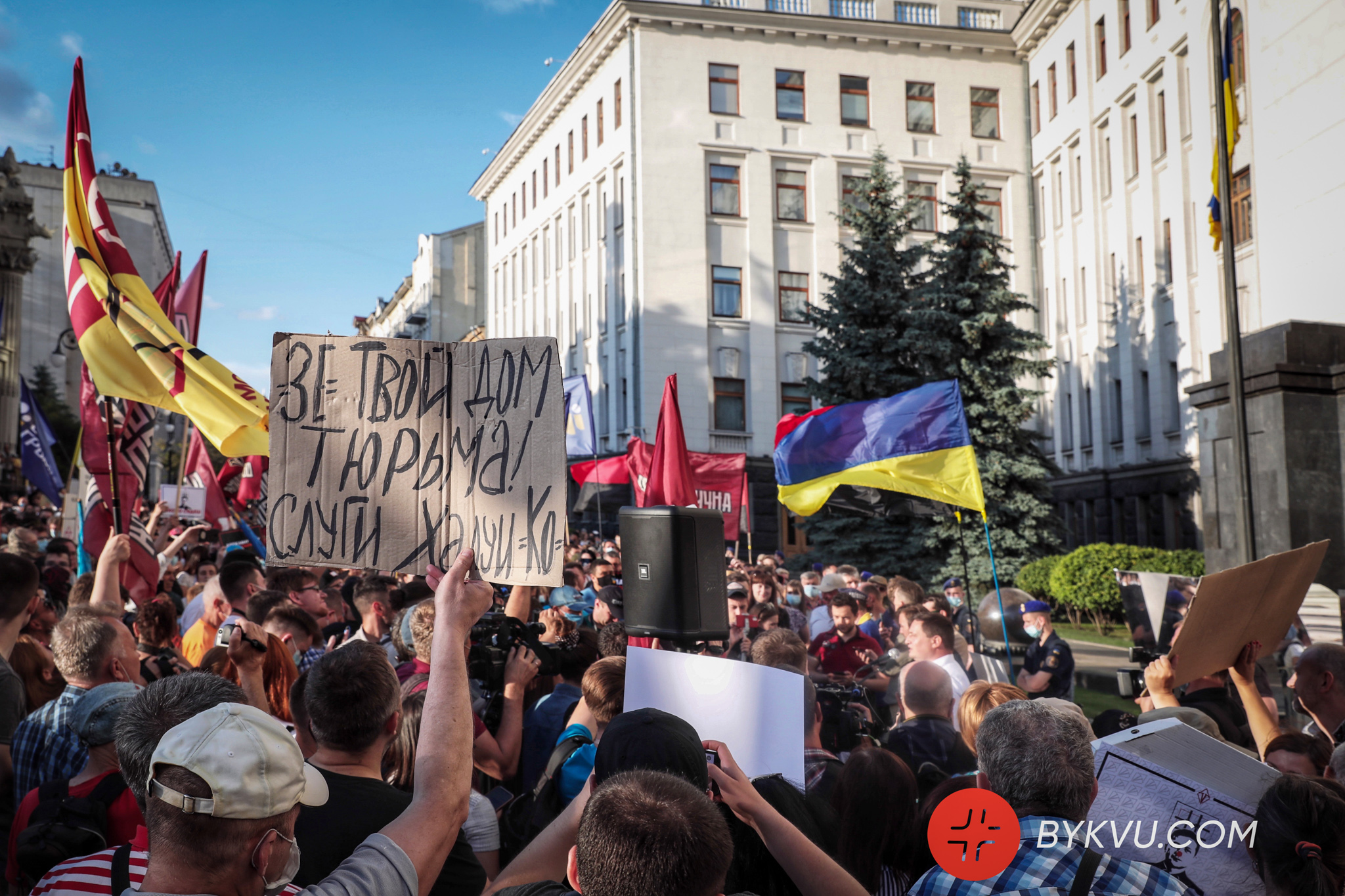 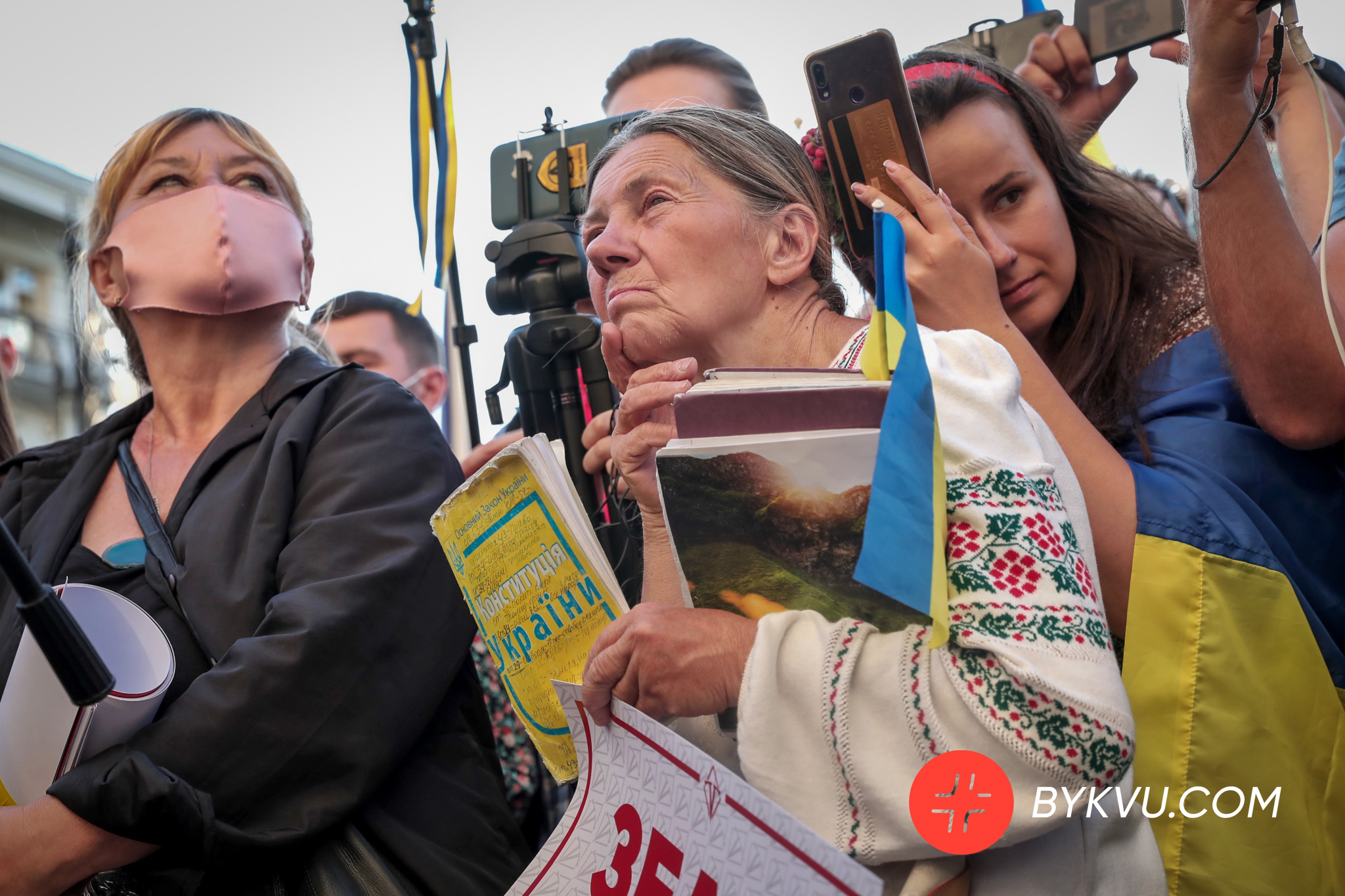 The protest organizers claimed that by leaking the sensitive information to ‘enemies’ Zelensky let go of ‘war criminals who killed Ukrainian and European citizens’. 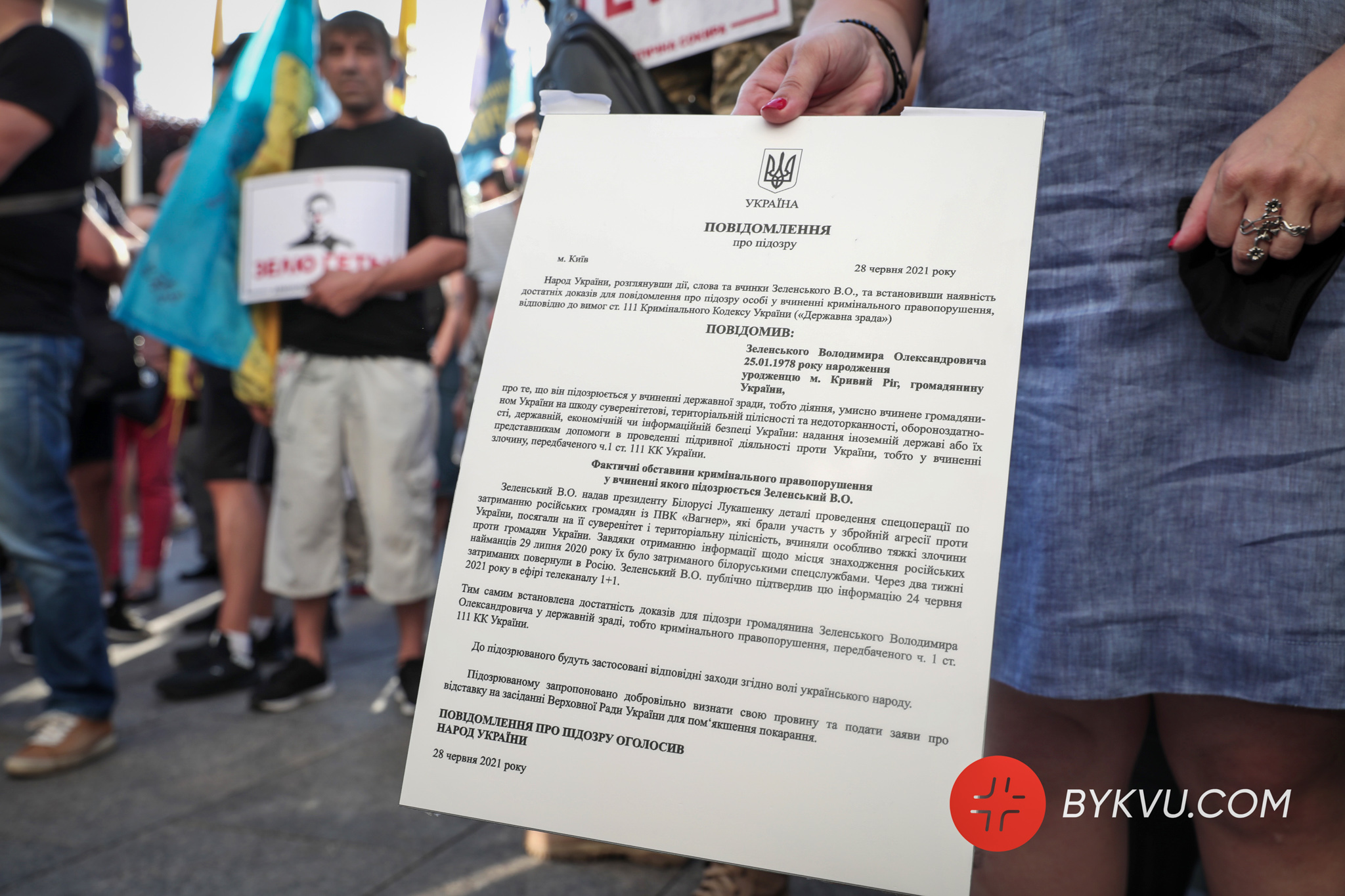 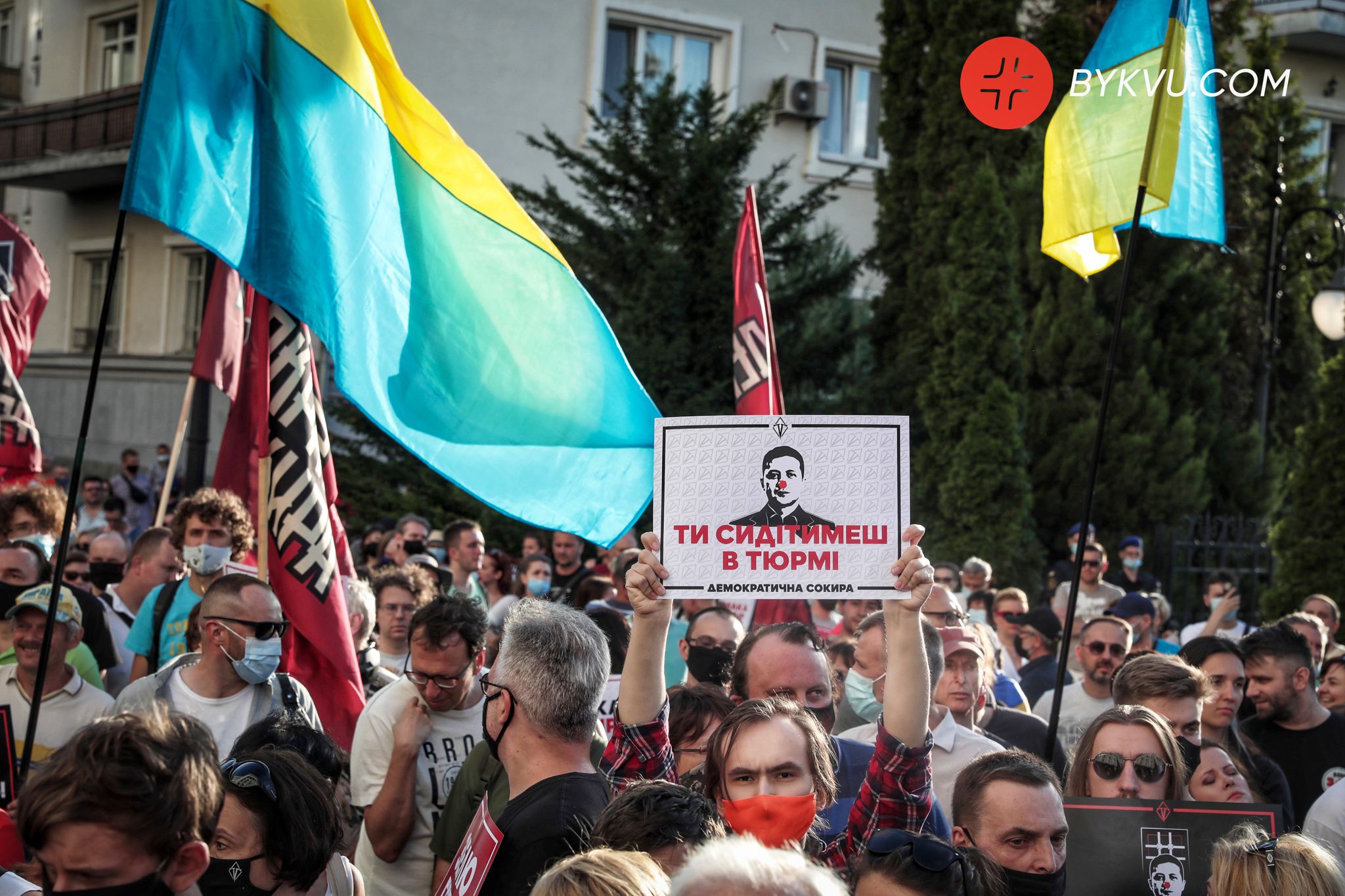 The Ukrainian president  faced a public backlash over his revelations made  in the last week interview for   ‘1+1” TV channel. Volodymyr Zelensky opened up on details that led to alleged failure of the covert operation claiming Ukraine was not behind the plan.