Vasyl Burba doubled down on his claims the intelligence sting suffered a ‘fiasco’ due to ‘leaks’ from a ‘mole working for Russia’. 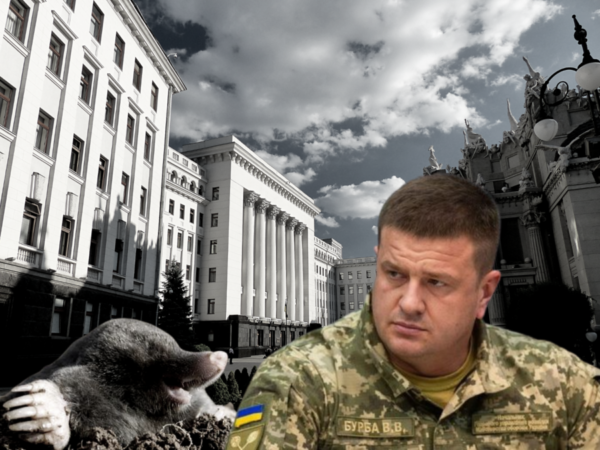 Bellingcat report on a foiled intelligence sting known as Wagnergate opened up Zelensky administration to renewed scrutiny. It also brought back into the spotlight former military intelligence chief Gen.Vasyl Burba who was forced to step down in the aftermath of  botched mercenaries’ capture plot.

In an interview for ‘Svoboda Slova’ TV talk show, Vasyl Burba opened up on the reasons that led to failure and addressed the controversial role of top Ukrainian officials in the story.

According to the former intelligence official,  he and the SBU deputy head were called to the president’s office  beforefor a meeting with Zelensky’s top aide Andriy Yermak who insisted the operation, which had a set date, be put off.

‘We were told the delay is ordered by the president’, said Burba, noting that they got no written directives as Yermak argued he was ‘delegated’ by Zelensky  to handle the matter.

Gen.Vasyl Burba questioned the decision of Zelensky’ administration to put a brake on the operation as ‘rescheduling is one of the variants why we ended up with a fiasco’, arguing that arrest of Wagner mercenaries in Minsk meant ‘that, and it adds up, Belarusians would never hand them over to us’ due close coordination with Russian intelligence services.

Vasyl Burba offered a scathing verdict on the foiled intelligences plot calling it ‘a fiasco’.

‘It was a fiasco. What are the reasons behind it? The first reason is a ‘mole’ working for Russia. The second reason is our weak preparation. The third reason is a good job of Belarus counter intelligence’.

Gen.Burba interview comes as bad news for Zelensky officials as the sacked official doubled down on his claims there was also a ‘leak’.

‘From my experience, I can say that the failure happened because of people in senior offices. In my view, they are leaking [classified] information to enemies. And this is what I wanted to prove to investigators’.

The fallout from Wategate scandal proved costly for the intelligence operatives who staged the covert operation, added the former official.

‘All of them were fired. It was not just removal, they were fired from the Armed Forces. And stripped of protection status IDs’.

Vasyl Burba called out such unfair treatment of Ukrainian intelligence professionals, adding ‘the move has exposed them to Russian intelligence agencies who act brazenly’.

Earlier the day, Zelensky’s officials refused the invitation to be for a guest appearance on the TV talk show ‘Svoboda Slova’ that was set to cover the story.