‘We are working to return Mariupol defenders 24 hours a day’, – Azov senior officer The defender of Mariupol, the chief of staff of the Azov regiment, Major Bohdan Krotevych (military nickname ‘Tavr’), who returned from captivity as part of a large-scale swap, told in a press conference for NV media about the work on the return of prisoners of war.

Bohdan Krotevych said that he thought they were the last to be exchanged, because according to the statutes of the Azov regiment, the commander is the first to go into battle and the last to leave – either from battle or from captivity.

He emphasized that Russia does not pay attention to international regulations and tortures prisoners of war. He also added that representatives of the Prosecutor General office, the UN, the SBU and the intelligence are now actively gathering evidence of Russian war crimes and breaking the laws and customs of war.

‘We, as people who have come out of captivity, can clearly say: Russia is not guided by the opinion of the world, sometimes even by logical opinion. Now, the General Prosecutor’s Office of Ukraine, representatives of the UN mission, employees of the Security Service, and representatives of the Main Directorate of Intelligence are working with us all. They all collect evidence and submit it to all governing and state bodies of various countries – the UN, the European Parliament, the United States, etc.’, the officer said. 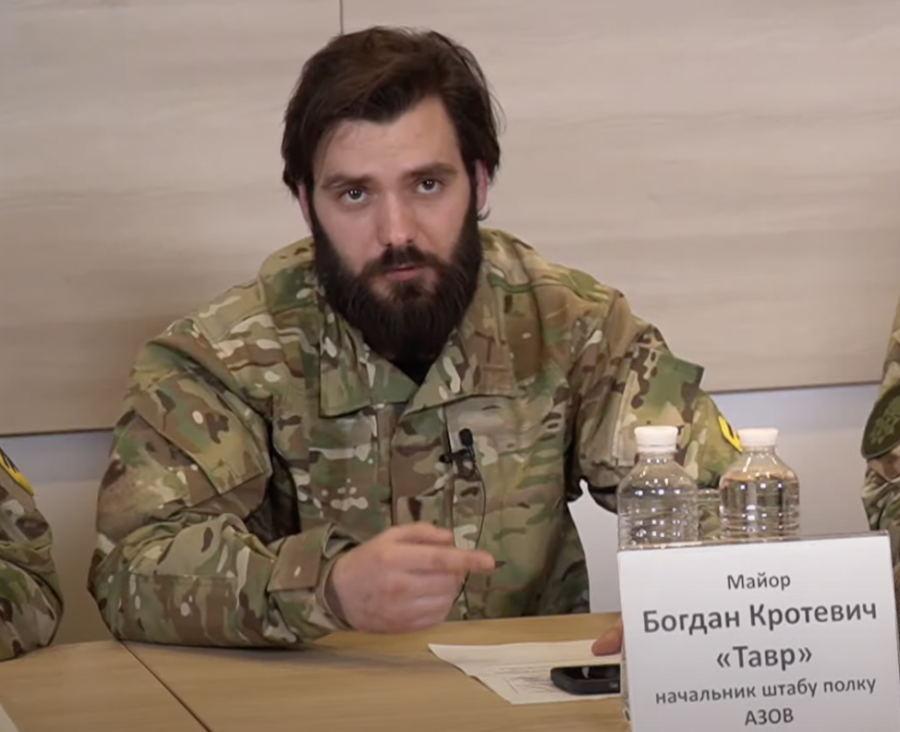 He also asked media representatives to be more tactful in communicating with those released from captivity. Not all of them are morally ready to recollect what they experienced, this can disrupt the rehabilitation process and excessive media attention can be a factor that increases stress.

He added that now they are all working on the release of the remaining prisoners from Russian captivity.

‘The first issue is the prisoners. And it will remain the first question until we get everyone back… We don’t sleep, sometimes we don’t eat – we are working to return all the defenders of Mariupol’, Krotevych stated.