Amid fears of military escalation in Donbas, the US president called Volodymyr Zelensky two days after he spoke two hours with Vladimir Putin. 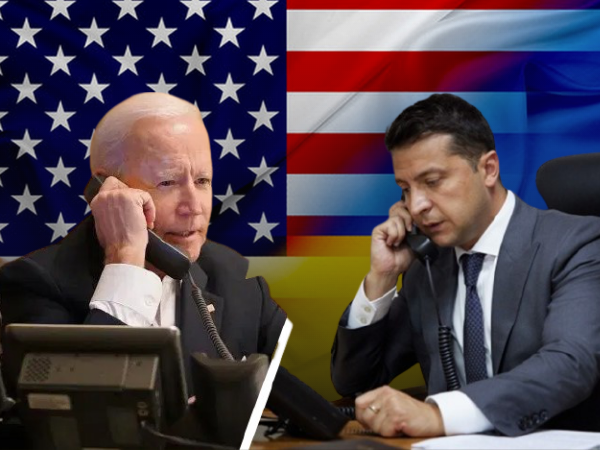 The White House states the call with President Zelensky was very warm and lasted around 90 minute with the main purpose to inform Zelensky about Biden’s conversation with Putin.

‘President Biden made very clear a continued U.S. commitment to Ukraine’s sovereignty and territorial integrity… He had told Putin, that if Russia further invades Ukraine, the U.S. and our European allies would respond with strong economic measures, provide additional defensive materiel to Ukraine, and fortify our NATO Allies on the eastern flank with additional capabilities’, the report goes.

The US president doubled down on  his support for the Normandy Format and ongoing efforts of de-escalation and diplomacy.

The report concludes Biden ‘made clear his support for continued consultations and conversations at NATO about ongoing efforts to refine our defense and deterrence posture’.

Earlier, president Zelensky briefly commented on the call in his Thursday tweet.

‘Finished my 1.5 hours’ talk with @POTUS. The US president informed me about his talks with Volodymyr Putin. [We] also discussed possible formats of resolution of the conflict in Donbas. Touched on ongoing domestic reforms in Ukraine’