23:44 ‘US government is not currently considering evacuation of personnel’, – US Embassy Kyiv
19:58 Ukrainian minister can be linked to offshore company, – media reports
16:34 Court of appeal upheld measure of restraint for Geo Leros
12:18 ‘It will be bloody massacre’, – Ukraine’s defense minister on potential Russian invasion

The latest polling by  ‘SOCIS’  showed the Ukrainian president is swiftly falling out of grace as  almost a third of Ukrainians  (29.3%)  now scoff at the idea of Zelensky re-election while the 56.6% of voters saying they disapprove of him having another go at presidency. 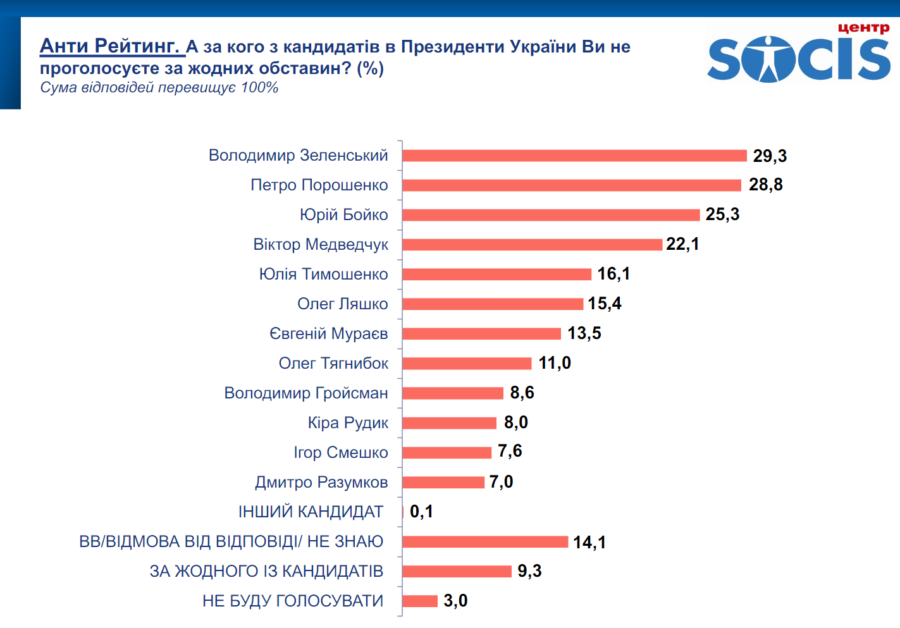 1 in 4 voters (25.8% ) say they will still support  Zelensky in his second run for the office. About 18% of votes are up there for grabs as 8.9% remain undecided and a 8.8% of respondents refused to reveal their political affiliations. 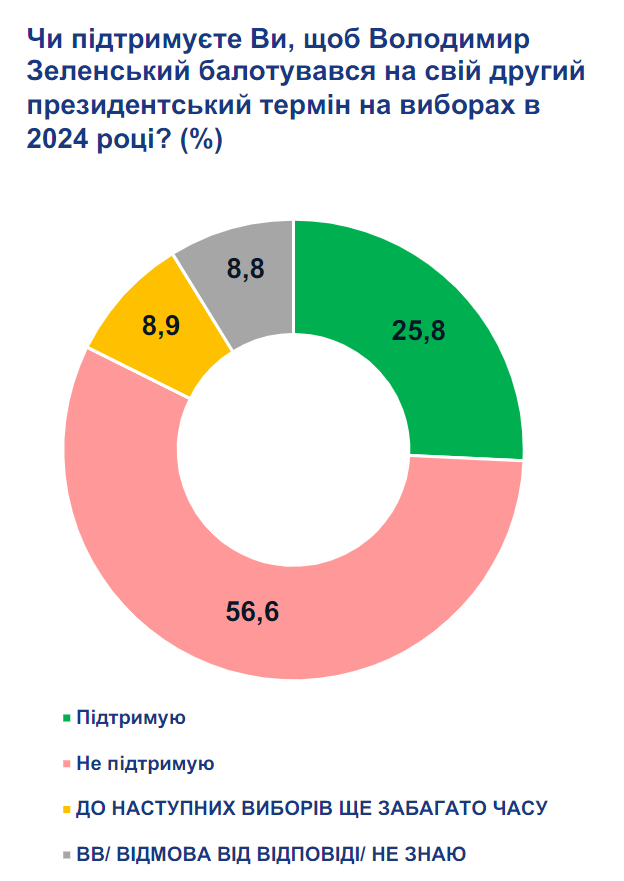 If presidential elections were held tomorrow, 18.6% of respondents would  vote for Volodymyr Zelensky.  The former Ukrainian president is trailing behind  with 12.6% . 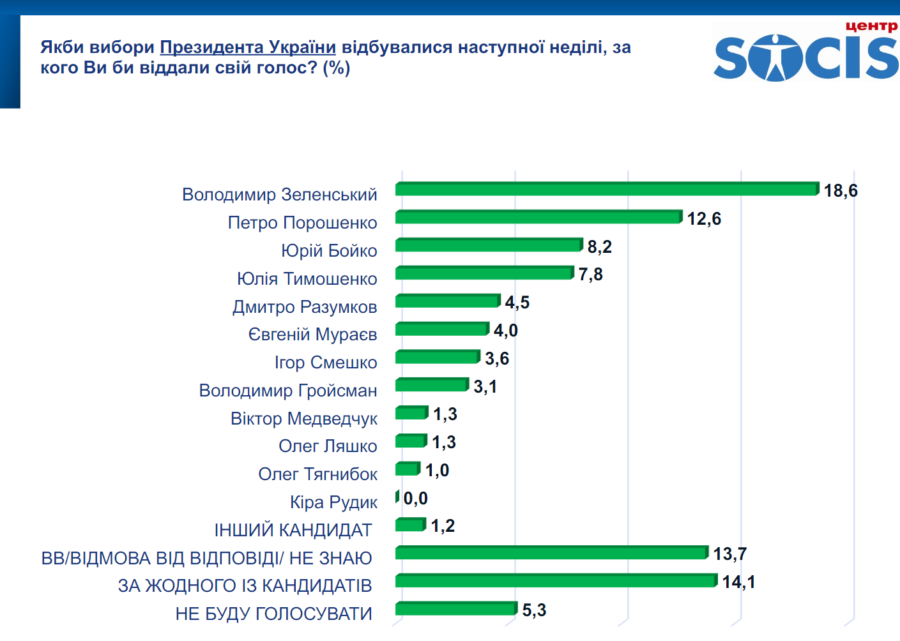 The poll shows another slump in support for the Ukrainian president as his rating loses 7 points compared to September polling figures.

In the second round, the gap between Zelensky and Poroshenko  has gone to 8% compared to 49 points edge he enjoed in 2019 elections.

If the vote took place next Sunday, Zelensky would get 53.9% of decided votes while Petro Poroshenko base has grown to 46,1%. 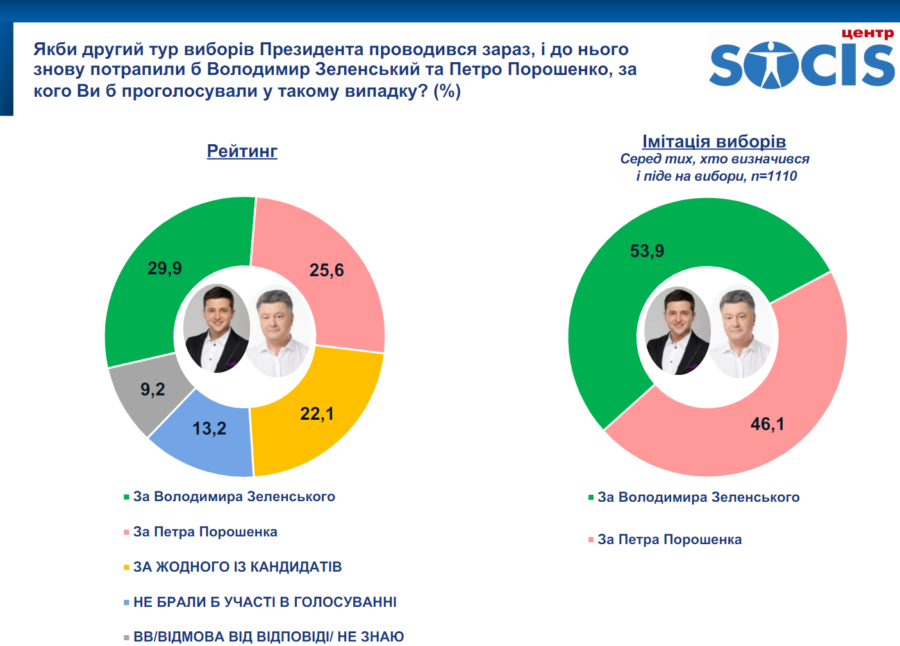 Respondents also offered a scathting verdict on performance of  Denys Shmygal  goverment -only 18.8% of respondents believe that the current government is better than the previous one.  Two in five Ukrainians (42.9% ) say the new ministers are hardly any better than their predecessors, while a third of voters (32.4%) say the goverment is underperforming compared to the last one. 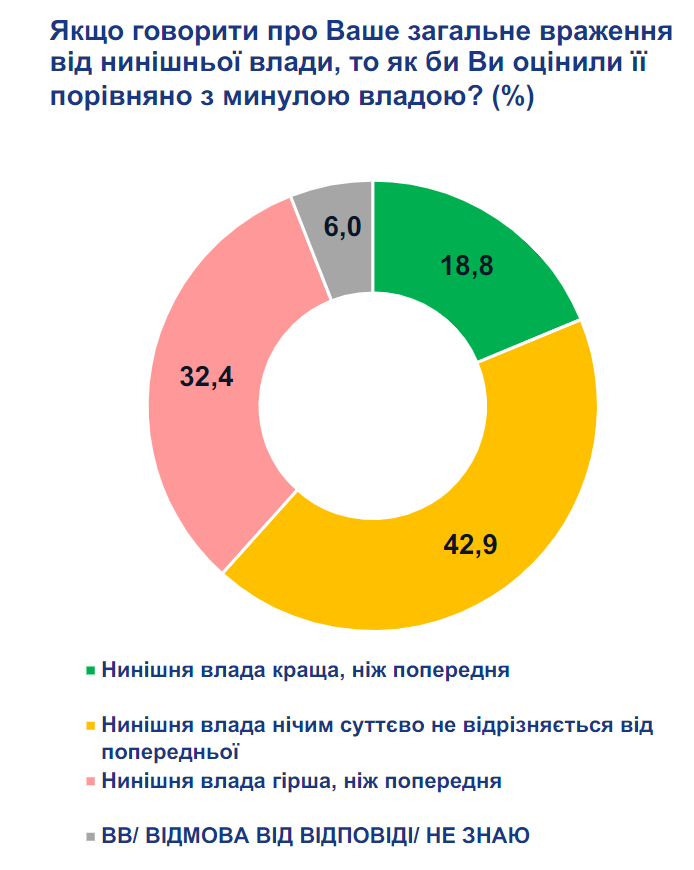 The most of respondents (44.4%) called  ‘de-oligarchization’ initiative ‘populism’  while 14.2% argue Zelensky uses the new law to snatch assets to become oligarchs themselves.  Only  13.5% believe the move is a sincere bid  for justice.

One in ten Ukrainians (10.8%) still believes  it is a’ step towards a successful Ukraine’ as the remaing 9.4% are more spetical arguing  Zelensky aims to claim control over TV channels now owned by media magnates.