Zelensky-Merkel meeting. Key points of the talks on Nord Stream and Donbas conflict 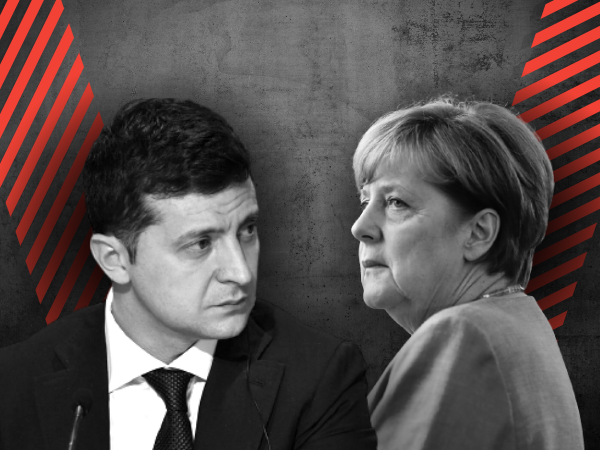 German energy ministry will step in for foreign minister at the event said Angela Merkel, citing ‘difficult situation in Afghanistan’ as an excuse for reshuffle. The last-minute replacement is set to be involved in ‘important talks at Crimean Platform to address energy policies’.

Germany is not caving in to Russia by doing so, added chancellor reinstating her position that annexation of Crimia violated international laws.

With Donbas talks were stalling,  Angela Merkel voiced her support for a new Normandy format summit.

“I would plead for another meeting at the presidential level or the political leadership level with myself, the French President and the Russian and Ukrainian President. That in my opinion would bring us progress’, said the chancellor.

Ukrainian president welcomed the idea urging  western leaders to step up  pressure on Russia. He said Kyiv is seeking a permanent cease-fire in eastern Ukraine, a prisoner exchange, open crossings at the line of contact and agreement on Red Cross access to the conflict zone.

Doubling down on German commitment to Minsk agreements that need to ‘be constantly worked on’,  Angela Merkel agreed Russia is a side involved in this conflict and  it is a right thing for Ukraine to refuse holding direct talks with representatives of separatists, admitted Merkel.

‘I presume  it is a weapon. I presume that failing to see it as a weapon  [to be used against] Ukraine and all Europe is wrong. .. Even now with Nord Stream still unfinished we can see who controls gas prices in Europe. We see them fluctuating and going up. It is a matter of politics and security’, said Zelensky.

“We feel a special responsibility” and “understand the big concerns that President Zelenskyy expressed”, she said. “We take them very seriously’ said Merkel addressing the recent the US- Germany deal on Nord Stream seen by many as compromise at Ukraine’s expanse.

Prospects of the gas transit deal after 2024

‘I want to understand what Ukraine will get and what can out state lose after the current deal expires in 2024, and who is to give guarantees [on the extension] to Ukraine’, stressed Zelensky.  Thee German leader said the issue is soon to be dealt with by a specially designated Gernan senior official set to go into talks on the issue with Russia.