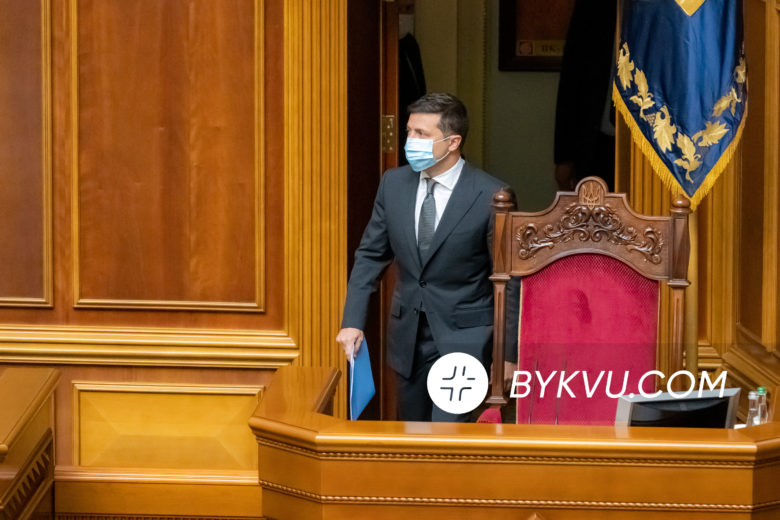 On Wednesday, the Ukrainian president introduced the law no.5599 ‘On prevention of threats to national security in connection to excessive influence of individuals who have considerable economic and political weight in public life (oligarchs’).

The legislation aims to ‘overcome the conflict of interests produced by alliance of politicians, media and big business and tags an oligarch as ‘an individual that has considerable economic or political weight in public life’.

Who can be labeled as an ‘oligarch’?

According to the criteria outlined by the proposed law, it is a person who (a) participates in political life (b) has considerable influence over mass media (c) is an end beneficiary (owner) of a business that claims a monopoly (or dominating) status on the domestic market (d) claims ownership to the assets that totals over a million of living wages as of January 1 (currently it is equal to 2,270,000,000 hryvnas).

Who is authorized to ‘tag’ a person as an oligarch?

A decision can be  made by National Security and Defence Council on request from its members, Ukraine’s government, National Bank of Ukraine, the SBU, or State Antimonopoly Committee.

What are the  implications for those regarded as oligarchs?

Individuals that meet the law criteria will be listed in a special Register.

On landing on such Register lists, such individuals  will face the ban to make donations to political parties and acquire businesses in ‘process of big privatization campaign’. They will also have to submit ‘electronic declarations’ on their assets.

Public officials who have communicated  with the registered oligarchs will need to submit a declaration on such contacts. Such declaration is made applicable for a wide range of state officials, judges and governmental agencies.

Failure at submitting of such declarations will be penalized.

The law is to be made effective in 6 months after it gets adopted by the Verkhovna Rada and is set to be in place for 10 years.