A post by the Ukrainian president’s press secretary is mocked online over spelling and grammar mistakes.

Misspelled words and inappropriate commas seem to be no big deal for the Ukrainian president’s press secretary Serhii Nykyforov.

On Thursday, Nykyforov took to social media to break the news about Zelensky’s upcoming press conference. Many online critics were quick to point out several mistakes in his post.

Addressing the social media crowd, Nykyforov used a word ‘colleagues’ but stumbled on its spelling. In Ukrainian, this word comes with just one ‘l’.

Zelensky’s press secretary also used excessive commas in the last line, which was his third, now punctuation, error in a post of 4 lines.

After his mistakes were mocked online, Zelensky’s press secretary swiftly reedited the post to correct the mistakes. 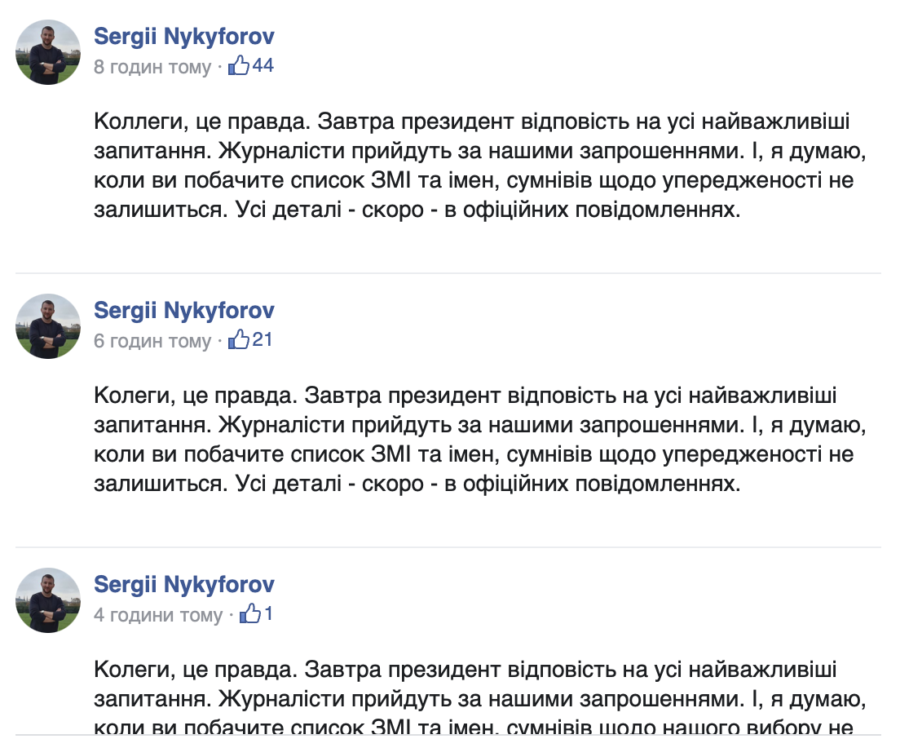 Earlier, Nykyforov took a humorous photo against the background of the Washington Monument.